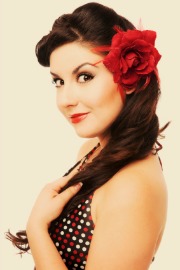 It’s Killer Headlines week at Copyblogger! Our guest editor Jon Morrow will be delivering up great content for you all week on how to write headlines that get results.

Today, how to choose the power words that make headlines work harder.

Who wonders if their writing might be just a teensy bit boring?

No, you’re not as boring as your high school math teacher (let’s face it, that lady could put an amphetamine addict to sleep.) But you do go off on tangents on occasion, and you have a tendency to get so wrapped up in giving people valuable information that you forget to make it fun.

And so you get ignored.

But because we live in an ADD world, and if you don’t grab people, they pass you by, bebopping onto the next shiny, noisy spectacle and forgetting about you forever.

It’s a shame, really. The world shouldn’t be this way.

Let’s talk about how.

Not all words are created equal

There’s this great scene in the movie Analyze This where the FBI asks Billy Crystal’s character, who is a psychotherapist treating a mob boss, if his patient has mentioned anything about an upcoming bloodbath.

He tells them no, and when they ask if he’s sure, he says,

“Yes, I’m sure. A word like ‘bloodbath’ really stands out in a conversation.”

And it’s true. It does stand out.

In fact, if you think about it, there are a lot of words that pop out at us and grab our attention. “Sex” is one of them. “Lies” is another. The word “taxes” may very well send your blood pressure sky high.

To use a term from neurolinguistic programming, some words have strong emotional “anchors.” We associate them with a certain emotion, and anytime we hear those words, we feel that emotion again. It’s essentially the same effect as Pavlov’s dogs salivating when they heard the bell.

Either way, these types of words are hard to ignore, and so the smart approach — “smart” is another power word, by the way — is to deliberately use them in your writing.

And the best place to put them is in your headlines.

You only have half a second to grab their attention

You’ve probably heard you only have seven seconds to grab the reader’s attention.

That might have been true once upon a time, but it’s not anymore.

According to my own informal research, it’s closer to half a second. The majority of readers decide whether or not your content is worth reading based purely on the headline.

And it’s not even a conscious decision.

They don’t read the headline two or three times, considering the content and deciding whether or not it’s relevant to them. They scan it, subconsciously glossing over the words and making a gut-level reaction.

So, if you want them to read your content, you have to punch them in the gut.

Because of the half-second rule, you don’t have time to educate them, get them to think, or even help them create a new connection.

All you have time to do is trigger an anchor that’s already in place.

Stuff your headlines with power words

I don’t know if you noticed, but the headline for this post has four power words in it.

Sex, lies, commanding, and attention are all words with strong emotional anchors.

The same goes for many other popular posts here at Copyblogger. For instance, take a look at these headlines, where I’ve marked power words with an asterisk (*):

See what I’m talking about?

Now, take a look at those same headlines with the power words stripped out

Nowhere near as compelling right?

In fact, I would even predict these posts wouldn’t have become popular without the power words that drive them. Or at least not nearly as popular.

The same is true for your headlines.

Go back and read the last few headlines you published, and ask yourself if they seem a little lackluster. If they do, try stuffing them with a few power words and see what happens.

You’ll be stunned at the difference.

Of course, power words aren’t everything.

If you really want a great headline, you need to combine them with a strong structure (like one of the proven headline models I gave you in Headline Hacks), as well as write about a topic that keeps your audience awake at night.

Is it a great headline?

Well, it depends on your standards. I’ve written better, but it’s pretty good. Better than most.

And most of the time, that’s good enough. Using the above formula, you can write a good headline maybe in minutes, certainly in less than an hour.

If you’re busy (and who isn’t?), that’s important. You probably don’t have time to invent everything yourself, and so you need a system to make sure you’re hitting the key elements.

This is that system.

So give it a shot.

Get yourself some traffic.

And if you need some more help, don’t forget about the free live headline clinic today at 4 PM Eastern, 1 PM Pacific. Sonia Simone and I will be there to help you create a killer headline for a blog post, sales letter, or special report, and we’d love to help you out. If you haven’t registered yet, you can still sign up here.

Previous article: How to Quit Publishing Bad Content
Next article: What Every Content Marketer Needs to Know about Mobile Marketing