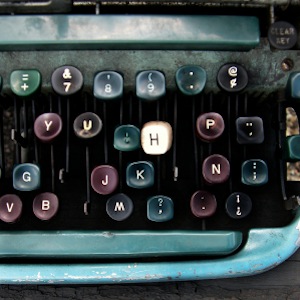 Is it just me, or is the whole starving artist thing highly overrated?

Yes, there’s a certain romanticism to being a penniless vagabond, sacrificing material goods in the selfless pursuit of art.

Yes, it’s fun to fantasize about everyone suddenly realizing you’re a genius after you’re dead and auctioning your once-soiled toilet for nearly $20,000.

Yes, it’s hip to take a stand against evil capitalists and proselytize about constructing digital economies based on currencies of cool.

But eventually, it gets old.

I know, because I’ve been there. In college, I was the epitome of the starving artist, winning poetry competitions and acing English classes with ease and then bumming gas money to get home, but eventually I realized three things …

Sooner or later, you begin to reconsider. I mean, no, you don’t have to be rich and famous, but would having your own apartment and being able to afford food be so bad? Hell, it might even help your writing.

So, you embark on your quest to make some money.

You try to write some articles for magazines and newspapers. You hire yourself out as a freelance copywriter (even though you probably have no idea what copywriting is). You start a blog and wait for the world to beat a path to your door.

And if you’re lucky, you survive. No, you’re not sitting by the beach drinking margaritas, but you have food and a bed and a car, and people don’t worry about catching weird diseases when they’re standing beside you in the elevator. It’s nice, but you still haven’t “made it,” and you wonder why.

It’s because you don’t have your mind right. You have these nasty little demons sitting on your shoulder, feeding you lies about the relationship between success and art. You probably picked up some of these ideas from your parents, others from your teachers, and still others from fellow writers and artists.

And if you let them, they’ll cripple you. You’ll go through your whole life knowing you’re talented but never quite making it and forever wondering why.

We can’t let that happen.

Below, you’ll find some of the most common beliefs that hold writers back. Take a look, and see if any of them look familiar:

Crippling Belief #1: It’s all about you

The most heinous lie to ever infect the mind of a writer is the belief that your work is all about you.

You believe your writing is a form of self-expression, an extension of your mind, a little piece of your soul imbued into the page. To write well, you just need to be authentic, and if the world doesn’t like it, the world can go to hell.

Provocative, right? And like all the best lies, it has a grain of truth to it.

Yes, authenticity matters, but only to the extent people enjoy what you do. You’ll never find me auditioning for American Idol because, the fact is, I couldn’t carry a note to save my life. Yes, my voice is authentic, but it’s authentically bad, and that means I’ll never be a singer.

Writing works the same way. To be successful, stop worrying about who you are and start thinking about what your audience wants.

What do they like? How is it done? Only after you’ve answered those two questions are you ready to ask the third one: is it right for you?

I can’t overstress how important the order is. Them first, you second, never the other way around.

The last bastion of hope for any struggling writer is that building a following takes time.

Sure, life sucks right now, but if you’ll just hang in there, things will snowball, and everything will be all right.

It seems reasonable. After all, no one gets famous overnight, right? Everywhere you look, there are stories of successful people persisting when there was no hope, trudging forward one weary step at a time, unwilling to quit, clinging fiercely to their dreams, manifesting success through sheer power of will.

Yes, building a following often takes time, but it’s not because people are slow on the uptake, incapable of seeing your brilliance until you’ve been around for a few years.

It’s because, when you’re a newbie, you do everything wrong, and most of us get knocked around for a few years until we figure out how to do it right.

In other words, you’re not waiting on the world. The world is waiting on you.

Yes, persistence is important. Yes, learning takes time. Yes, it’ll probably be slow and painful. But the sooner you learn, the sooner it will be over. So get busy.

So, let me guess:

You’ve always been a pretty good writer, right? No, you haven’t won a Pulitzer or anything, but your teachers fawned over you in school, and your friends and family are awestruck by your skill with words.

Maybe you’ve even written for a magazine or newspaper a time or two and gotten some real credentials to put on your resume.

You believe all of that makes you different. When you start a blog or write a press release or hang up your shingle as a freelance writer, you believe things will be easier for you than all of the other bumbling writers out there. Unlike them, you know what you’re doing.

It never ceases to astonish me how many writers believe this. They honestly think being able to spell, write a grammatical sentence, and make a few aunties and uncles smile is enough to make them a good writer.

It isn’t. The difference between writing for free and writing to become recognized as a worldwide authority is like the difference between taking a jog after work and running an Olympic marathon. Like running events, each type of writing is also quite different, and even a legend might need years of training to switch.

The bottom line: if you want to make a career out of writing, you have to be serious about it.

You’ll need to commit years of your life to mastering it, and even then, you’ll have barely caught a glimpse of everything there is to know.

Also, if you’re not willing to make that commitment, that’s fine. Just hire someone who is. It’s far faster and much, much less painful.

Crippling Belief #4: Writing can only be a labor of love

If you start trying to squeeze money out of it, you’ll just pervert it, commercialize it, transform it into a cold and hollow substitution for what it could have been. Right?

Well, yes and no. Once again, this one is dangerous precisely because it’s partly true.

Yes, all the best writers love what they do. The thing that separates Stephen King from a lot of other horror writers isn’t the gore or the suspense or the characters. It’s the joy. When he’s chopping off heads or destroying the world, he doesn’t just tell you about it. He revels in it.

Also, Stephen King is far from broke. I think he made something like $50 million last year.

Granted, we can’t all be Stephen King, but one of the greatest fallacies in writing is that art and money are mutually exclusive. If you love something, you can’t make money from it, or if you want to make money, you can’t love the work.

That’s just silly. You can have both. In fact, I would even say you need both, or you’ll never have the staying power to become truly great at what you do.

Many writers take enormous pride in what they do, and rightfully so.

We use nothing more than little splotches of ink to communicate with people across the globe.

We speak the unspeakable. We snatch ephemeral ideas from the air and bring them to life on the page.

But if you think it’s your only responsibility, you are horribly mistaken.

The best way I know to explain it is, imagine a mother carrying a child for nine months, religiously taking care of her body, doing everything a good mother does, and then the day she delivers it, she leaves the hospital and sets it on the side of the road. “Goodbye, sweet thing,” she says. “It was a pleasure, but now I have other things to do,” and then she walks away.

Yet, as writers, it’s something we do every day. We finish working on a piece, publish it, and then prop our feet up, praising ourselves for a job well done. “Finally, I’m finished,” we think. “On to the next project.” And then we watch from afar as it struggles to gain attention, weakens, and finally dies.

It’s a morbid metaphor, I know, but this point is absolutely essential for you to understand:

If you want to be successful, you can’t be a writer and nothing more.

You also have to be a constant caretaker, a shameless promoter, a fearless champion. You have to fight for your ideas the way a mother fights for her children.

Your job isn’t over the day you publish. On the contrary, it’s just beginning. More than likely, you’ll spend weeks, months, and years fighting to get your words the attention they deserve, and it’ll be the most tiring, nerve-racking, and yet unquestionably rewarding experience of your life.

Don’t neglect that responsibility. Don’t try to outsource it to someone else. Don’t rob yourself of the experience.

Do you want that?

If you do, then be more than just a writer. The world already has enough of those.

If you ask me, change should be the standard we hold ourselves to, not merely scribbling words down upon the page.

Then again, what do I know?

I’m just a writer. Nothing more. 😉

About the Author: Jon Morrow is Associate Editor of Copyblogger. If you’d like to learn more about what it really takes to become a popular writer, check out his free videos on guest blogging.

Previous article: Copyblogger Weekly Wrap: Week of April 11, 2011
Next article: How to Consistently Attract High-Quality Traffic to Your Site