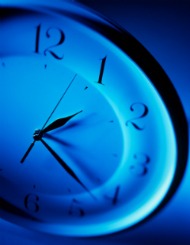 I have a confession to make.

Over the last three years, I’ve quietly been sleeping with Copyblogger readers.

Not just once, but hundreds or possibly thousands of times.

Young or old, successful or inexperienced, I’ve gone to bed with them all, often more than one per day.

And you know what?

I’m totally unashamed. In fact, I want to go on record and publicly encourage you to sleep with your readers too.

Just let me clear one thing up:

I’m not talking about sex

Sorry to disappoint you.

Of course, it’s a metaphor, creating the illusion of scandal to get your attention. Tasteless, I know, but the truth is, I’m desperate.

Out of the millions of writers in the world, only a handful truly understand the lesson I’m about to teach you. Not because it’s particularly difficult or subtle, but because it’s boring, and so most writers ignore it.

Somehow, I needed a way to make it interesting, and so I used a cheap trick to grab your attention. Here’s why:

If you don’t understand this, you will never be a successful writer or marketer.

It doesn’t matter how hard you work or how much talent you have. Get this wrong, and it all goes to waste.

So what is it?

It’s about Life and Death

One can’t sleep because she is worried about her teenage daughter. It’s 2 AM, and she still hasn’t come home. Mom knows it’s probably just normal teenage rebelliousness, but she can’t stop the horrific images going through her head.

First she sees paramedics pulling the corpse of her daughter out of a car crash. Next comes a vision of her huddled in a back alley, sobbing and broken because she’s just been raped. After that, she sees her daughter in an orange jumpsuit, holding on to the bars of her prison cell, looking forlorn for doing God knows what.

It doesn’t matter if it’s all nonsense. That worried mother will toss and turn for hours, hoping for sleep, fighting against her fears, but losing because it just scares her too bad.

The second woman can’t sleep either, but it’s for a different reason.

Tomorrow, she is going back to work for the first time in twenty-two years. The mother of three kids, she is used to going to sleep every night at 10 PM, getting up at 5 AM the next morning to prepare lunches and clothes, and then spending the rest of the day chauffeuring kids hither and yon — the normal life for your average suburban housewife.

Secretly, she’s always wanted to work, but her children were just too important, so she shoved it away, locking it up safe in a corner of her heart, waiting for the day when her little chickies would grow up and leave the nest.

And at last, that day has come. Her oldest packed up and went off to college two months ago, and rather than mope around the house all day, she decided to start looking for a job.

Surprisingly, she found one, and she starts tomorrow. Anxious but also strangely excited, she lays in bed, thinking not about bosses or paperwork or the commute to the office, but about going into a restaurant and having a quiet lunch all by herself or buying a nice suit and it actually being clean for more than two days, not stained by snot or puke or jammy fingerprints.

For the first time in years, she feels independent, empowered, important. And while she wouldn’t trade her previous life for all the money in the world … she likes feeling this way.

So she tosses and turns. Knowing she should sleep, but unable to stop her mind from racing from one life change to another. All of them fresh, all of them exciting, all of them too sinfully delicious to drift off into Lala land.

You probably didn’t realize it, but you just slept with two women

But you spent the entire night with both of them, listening, empathizing. Learning them from the inside out. And now you can talk to them more intimately than anybody in the whole wide world …

The secret to writing, marketing, or really, life in general

It’s all about knowing what keeps people awake at night.

You’ve probably heard you need to profile your prospect, see the story through the eyes of your reader, or do your best to listen to people. But how many of us actually do that?

We write down a few demographic facts about our prospects, or we read a few letters from our readers, or we spend a few minutes listening to a coworker, and we think we understand them.

But we don’t. To really understand people, you need to know what keeps them awake until 2 AM, tossing and turning and unable to sleep.

Maybe it’s a fear like your daughter getting raped or your house getting foreclosed on or your wife discovering you are cheating on her. Maybe it’s excitement from getting a new job or starting your own business or buying a new house.

There are an infinite number of reasons people stay awake

But everybody has them, and if you really want to influence readers, you need to know what those reasons are.

If you’re a writer or marketer, you also have to take a step further and know the common reason that keeps your audience up at night.

How do you discover the common reason for your audience?

You sleep with them. Not in reality, of course, but metaphorically.

You spend so much time with them, listen so carefully, and analyze them so deeply that you know what would keep them awake and what wouldn’t.

And here’s the kicker:

Once you know, make a decision to talk about nothing else.

Why some content is popular and the rest gets ignored

Want a benchmark for predicting the popularity of your content?

If it’s about something that would keep your readers up until 2 AM, it has a shot at being popular. If it’s not, it doesn’t have a chance in hell.

And it all starts with your headline.

A couple of days ago, I gave you a collection of the most consistently popular structures for headlines in existence. Fill in the blank, and you’re good to go.

But that raises a pretty big question:

What goes in the blank?

The answer is anything that keeps your readers up until 2 AM.

Let’s take a look at the headlines for two of my most popular posts, and I’ll show you what I mean …

When I wrote this post, Copyblogger was still using Tweetmeme, and so its tweet count has been reset. But if I had to guess, I wouldn’t be surprised if it’s received over 2,000 tweets, and been linked to by somewhere between 50 and 100 different blogs.

Because it’s like one of those dreams you have in high school where you realize you are wearing nothing but your underwear, and the whole class turns around and laughs at you.

Sure, they think it’s good, but what if it actually sucks?

What if that’s the reason they’re not getting any comments or links?

What if everyone who stops by their blog secretly thinks they’re a fool, but no one has the heart to tell them?

You can’t help but wonder when you’re publishing your best stuff but nobody is paying any attention. If your work is important enough to you, you might even lose some sleep over it.

So that’s why I wrote about it. I deliberately poked my finger in the wound to get their attention.

And it resonated with people on such a deep emotional level they couldn’t help talking about it.

Example #2: How to Quit Your Job, Move to Paradise, and Get Paid to Change the World

How to Quit Your Job, Move to Paradise, and Get Paid to Change the World

Because it’s about dreams.

And I packed all three dreams into a single headline. It’s like taking pure Godiva chocolate, the world’s strongest espresso, and the finest scotch known to man, and combining them all into a single drink. The potency of it would damn near blow your head off.

Same thing happened here. People were so touched they burst into tears. One guy emailed to say he had been planning to commit suicide, and the post changed his mind.

It wasn’t my impeccable grammar that stopped him. It wasn’t my flawless spelling. It wasn’t even, I’m sorry to say, my devilish good looks.

And it wasn’t my dream.

It was his dreams

His dreams, seen through a lens that made them seem achievable. All I did was build that lens.

In the end, I think that’s our most important job. Not to inform, not to persuade, not even to entertain, but to construct lenses through which our readers can see their own dreams and nightmares more clearly.

And to do that, you have to sleep with them.

So put on your jammies.

As they toss and turn, listen to what’s going through their mind.

And then write about nothing else.

Don’t forget to join us for this week’s live Headline Clinic! It’s tomorrow afternoon, and Sonia Simone and I want to take apart and rewrite your headline so it’s as amazing as it can possibly be. Here’s where you go to get all the details.

Previous article: Here’s Your Invitation to the Copyblogger Holiday Headline Clinic
Next article: 7 Marketing Links You Can Use in the Field