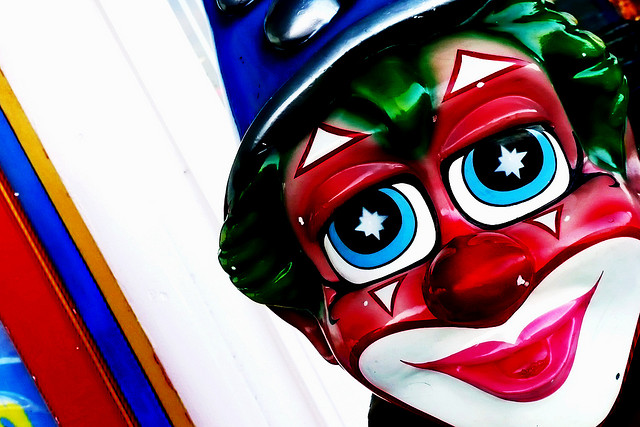 Be remarkable. Be the purple cow. Get yourself noticed. Just be your own beautiful and unique snowflake self, and your allotment of raving fans will come find you and buy everything you make.

Ever heard that advice?

It’s a social media truism that as long as you’re authentic, you can’t go wrong. Fame, fortune, and the latest Apple products will all be yours.

Let’s face it — authenticity can be a great way to draw a crowd. Especially if you have an over-the-top personality. And because we live in the age of attention scarcity, many people think that getting attention is the hard part.

But attention isn’t actually the rarest commodity in the 21st century.

All marketing has to start with attention.

And that’s been the case as long as selling has existed. If you’ve ever been to a Renaissance Faire, think about the way the food vendors let you know what they’ve got to offer.

When the pretty girl in the tight bodice shouts Hot Turkey Legs! and Cold Beer Here!, those are headlines. They attract your attention and let you know the most important details of the offer.

But you need to remember that the work of the headline is not only to attract attention.

The true job of the headline is to get the first line of your copy (whether it’s a blog post, email message, sales letter, video, or podcast) read, watched, or listened to.

In other words, if you gaze happily at the pretty girl but you never approach her for a beer, the headline (and the bodice) have failed.

Copywriting formulas have more than one letter

(If the whole idea of copywriting formulas is new to you, you can find 15 of them here.)

Conversion is the copywriting term for all the stuff that happens between that initial “A” and the sale.

Being a jerk is bad for business

Jerks can’t be depended on. They play head games. They don’t respect their audience. They amuse themselves at the expense of other people.

Prospects are already fearful enough. If your prospects don’t trust you, they’re not likely to spend any money with you.

You don’t have to be a wimp

They may well make themselves unlikeable to most of the population. That’s ok – they’re filtering out the customers who aren’t right for their business.

The message they send to their right customers, though, is always that they can be trusted. That they’ll tell the truth, even when it’s not pretty. That they’re consistent, whether you like them or not.

The dad from Sh*t My Dad Says would make a good marketer. Let’s face it, if you bought a car from that guy, you know that you’d have a completely accurate picture of what was good and bad about the car. He may be offensive at times, but he’s trustworthy.

(At least, the real dad and not the one who will be played by William Shatner.)

The dad from “Family Guy” would make a lousy marketer. He’s capricious, he goes for the cheap laugh every time, and he has no integrity. There are no customers gullible enough to buy a car from that guy. You may find him hilarious, but no sane person would find him trustworthy.

It takes more than being remarkable

Hey, I’m a big fan of remarkable. I built a blog and a lovely business around it.

You have my permission to swear on your blog, to fearlessly embrace controversy, or just to make yourself a likeable jackass.

But never, ever do it at the expense of the trust of your readers.

There is no effective copywriting formula that leads directly from getting Attention to creating a Scandal to making a Sale.

That’s just a formula for making an A-S-S of yourself.