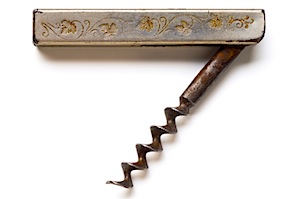 In many ways, this century has mostly been a dark time for online writers.

Huh? You mean the Internet — the most significant publishing revolution since Gutenberg — hasn’t been good for writers?!

Here’s the thing, good content writers got squeezed out during the early days of Google’s PageRank algorithm. As I’ll explain later, the importance was placed on the page, which created a nasty race to the bottom as far as writer’s value was concerned.

Thankfully, Google has recently changed its tune, and the web writer is about to profit from that change like never before …

In the last post in our Author Rank series I wrote about why writers and content creators should care about Author Rank (it’s not just because Hunter S. Thompson would).

In this post we’ll explore the early phases of Author Rank. You’ll discover:

Google’s PageRank algorithm attempts to judge the relevancy of a page by asking two questions:

In practice, the theory is this: when you have two identical pages on training for a marathon, the one with the most links pointing to that page should rank higher in the search engines.

However, the quality of those links matters a lot.

If both pages have ten links pointing to them, but one of the pages has links coming from Runner’s World and the Ironman Triathlon, that page is going to be deemed more authoritative than the other.

In other words, PageRank rewarded keyword-rich content that attracted high quality incoming links. But this occurred in an era when competition and content on the web was relatively low … and social networking sites were but a twinkle in the eye of the Internet.

How to game PageRank (and the mutiny against the writer)

The problem with PageRank was that you could game it.

Bad marketers realized that all they had to do to attract links (and grow traffic) was create and publish horrible, keyword-rich content that was brief, unoriginal, and shallow …

Then lazy marketers took it one step further — they created even more content on other sites (blogging networks, content farms, or a string of web properties) and linked that new content back to their main site and pages.

Sites like e-How, HubPages.com and ChaCha.com — and a million service industry blogs like doctors, lawyers, real estate and so on — blossomed.

Rankings soared. Traffic blew up. And in this era, demand for “content” (in the worst sense of that word) erupted.

Sadly, it was also a mutiny against the writer. In this scheme, the author didn’t matter. Just the content. The watchword was that content was king. But the throne was empty.

Publishers demanded volume over value, and so writers were in a pickle. Finding work was not hard, but finding meaningful work was. And finding work for more than fifteen dollars an hour was even harder.

Erin Griffith summarized the position writers found themselves in:

It’s much easier to hire an anonymous consultant or copywriter to churn out content sans byline. No one cares who those writers are as long as the content they produce is viewed as legit to the almighty Google.

Link building became a hot business as SEO consultants demonstrated they could get a website ranked by simply creating a mountain of cheap content.

True, there were those who were creating high-quality content with credibility, identity, and authority — but there was so much noise Google needed to do something about the hot mess it had helped create.

And in February 2011, Google rolled out one of the most punishing algorithmic updates on the books — an update that affected the ranking of an entire site, rather than just a page or section of that site.

The update I’m talking about is called Panda.

And while Google’s Panda doesn’t eat, and will likely never leave, it did shoot bad content dead. The story goes that the update was named after one of the core engineers behind Panda.

To say that Panda pummeled the cheap link-building, content-farm model is an understatement. Within hours of its release, entire large sites were virtually wiped out of search engine listing existence.

Keep in mind, these sites weren’t de-indexed (removed from Google’s database). Google just stopped artificially rewarding them — which plummeted their rankings to the point of near obscurity.

Talk about a buzz kill. And it’s telling which large sites didn’t get punished:

Other sites that were not punished by Panda included Copyblogger, Mashable, and Search Engine Journal.

Panda wasn’t (by any means) a flawless update.

Some people felt they were unfairly punished. Others were just confused. In response, Google pointed webmasters and bloggers to their web writing guidelines.

Those guidelines boiled down to these rules:

If you want to take your content creation to the next level, use the above points as a checklist before you publish your content. Run every single article through it. In fact, print this list out and tape it next to your desk.

The good news is that if you’re an exceptional web writer, then February 24, 2011 was your day.

Panda was a significant step in bringing you (the writer) back to the central position of ruling the content roost once again — of running the show.

Fortunately, there is even better news for good web writers, which I’ll explain in our next post in this series — 7 Ways Successful Writers Use Google+ Effectively.

Do you have any ideas to add to the checklist? Please share in the comments.

(And a gold star for those who picked up on my nod to Lynn Truss’ phenomenal book “Eats, Shoots & Leaves.”)

Previous article: The Essentials of Web Design That Works
Next article: How to Build an Audience Using Gamification