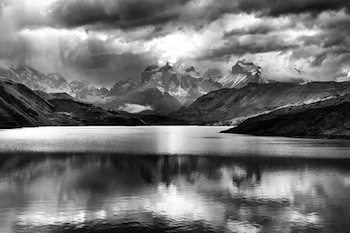 Quick theatre history quiz: Can you guess the plot of this play from these two lines?

Then I will out with it at last, my mighty secret! Oh! Sister, women, if we would compel our husbands to make peace, we must refrain …

We must refrain from the male altogether …

That’s from the opening scene of an ancient Greek comedy called Lysistrata by Aristophanes. Any guess what the plot’s about?

If you said “Women going on a sex strike to persuade their husbands to stop the Peloponnesian War” then you’d be correct.

What the heck does the plot of an ancient Greek play have to do with content creation and crushing your competition by writing epic blog posts?

The ladies were sick to death of death, and wanted to make love, not war. Let me explain …

A brief history of this slogan

That slogan is a lot older than you thought — isn’t it? When we think of the concept of “Make love, not war” we think of hippies.

We think of Diane Newell Meyer who was the first person to pin the slogan to her sweater.

We think of radical activists like Penelope and Franklin Rosemont who were the first to people to print the slogan on a button.

The more perverse among us thinks of George Carlin who said he would’ve retired if he had invented the phrase. Since he didn’t want to retire he opted for a naughty adaptation.

We also think of spin offs like “Make love, not Warcraft” and, most recent and most relevant to our discussion here at Copyblogger is make content — not war.

That last one is noble, but boo hiss: why can’t I do both?

Here’s what we know: besides the obvious social media and SEO benefits, content marketing is a tried-and-true method to building an audience that builds a business.

Creating content is a smart business move because it will:

It’s that last point I want to expand on in this article. And it’s all about making war with content. In particular I want to teach you how and why you should write (and use) epic blogs posts to completely crush your competition.

But first I need to define our terms. Let’s go …

Who is your competition?

For me it begins with myself. I am my biggest competition. With each new project or article, I want to smoke my previous accomplishments. I never want to rest on my latest post.

I always want to get better. The same must be true for you: you are your best competition.

After you the next category of competitors is naturally other content creators. This is usually a category of writers related to your field.

For example, if you work in SEO you don’t need to worry about writers on The New Yorker or Wired. Unless you decide — and can — write for those platforms.

You also don’t need to worry about people who are in another pay grade.

Those guys are great people to model, and maybe someday I can dream they will be direct competition — but not today.

Instead, aim for someone in your weight class. Study them. Get to know their story, their techniques and their purpose. And systematically train to defeat them (more on that later).

In the end, when it comes to crushing your competition with an epic blog post the question you have to keep asking yourself is this: Am I accomplishing more today than yesterday? Last week? Last year?

Don’t make this mistake with competition

Some people are tempted to say this: “you have no competition.” That’s simply not true. You have a sea of competition.

And you are drowning in it.

This is like saying the reason that Wal-Mart is one of the largest retail stores in the world is because they are utterly unique. Or Muhammad Ali was a world-class heavy-weight fighter because he was utterly unique.

Even the greatest in the world have competition.

Look at the online marketing world. Chris Brogan. Michael Stelzner. Brian Clark. Their success was built on their recognition of the competition — and it’s built on the back of working like mad to beat competition through differentiation.

The only problem is that with enough training, experience, and time anybody can copy what they do and knock them off of their thrones.

Let’s face it: most of what we have to offer is not unique. All of our lessons, advice and angles have been said before.

We just learn how to repackage it.

For example, Brian Clark didn’t bring anything new to the table with Copyblogger. Direct response copywriting techniques are a century old. He just recognized and introduced the natural connection between classic direct response to online content and social media.

Of course he has a unique spin. Who else would’ve suggested that Purple Rain could possibly have something to teach us about online marketing?!

And here’s the thing. You think these guys who are at the top of the game right now had competition when they were nobodies?

Well, think about how much competition they have now. When you’re perched at the top of the hill everybody can see you. And everybody wants to take you out.

No rest for kings and queens. Not if you want to stay in that throne. As Andy Grove said, “Only the paranoid survive.”

What does it mean to crush your competition?

In this particular context when I say “crush” I mean this: beat other writers and their content in categories like most comments and social shares.

In other words, visible metrics.

For example, every post I write for Copyblogger I watch the number of tweets I get compared to other posts that were published that week.

This is not just about boosting my ego. Sure, I want to dominate, but I also want to learn to see what others are doing. What are they doing that I can adopt and make my posts better?

As you can see, “crush” is really about competition with me. Crush is also about accomplishing internal goals you set for yourself:

But goals aren’t strictly about quantity. Crush is all about quality, too.

Take the quality of comments, for example. While the gargantuan guide to content marketing got a low number of comments compared to other posts it generated more of the best-quality type:

I read the first few paragraphs up until you reached the list. Then started to scan the headlines and then reading a few of the descriptions. The first word that came to my mind was ‘Sick Bird.’ Sick Bird, Demian. I like it. Very useful. – Eric Walker

Holy wow, Demian — this [post] is the Energizer bunny of useful content marketing advice lists. Scrolling down through it I was blown away by how many things there were that I wanted to read! – Paul Ahren

My goodness Damian (sic)! This is a full-on content marketing course, worthy of a “buy button”! I’m grateful that you put this together. – Donovan Owens

Why crush your competition?

Some will disagree with this approach. Treating content creation as a competition when I should be treating it as cooperation.

Shoot, they might even trot out Franklin D. Roosevelt:

Competition has been shown to be useful up to a certain point and no further, but cooperation, which is the thing we must strive for today, begins where competition leaves off.

Real learning comes about when the competitive spirit has ceased.

I’m all for cooperation. I’m all for learning. I’m also all for getting insanely better. Becoming the best. And competition drives that desire.

If there is no competition there is no motivation to play at your highest level. You’ll remain average. Rivalry is the mother of excellence.

But let me make this very clear: crush is not about behaving like a numbskull. Like David Sarnoff, founder of RCA, said, “Competition brings out the best in products and the worst in people.”

Be competitive, but don’t let competition turn you into a jerk, okay?

It covers a monster amount of territory.

It could be expansive like 37 Negotiation Tips for Every Freelance Writer or it could drill down deep like Google Analytics Custom Reports: Paid Search Campaign Analysis.

Let’s look at a few characteristics and kinds.

The tips solve very personal problems for you. The advice inflames you to try more and try harder. The story puts you in a spell.

Don’t be fooled: these are not pieces of content that you can knock out in 20 minutes. You will not be able to churn out one epic blog post a day.

This is content that takes you hours over a week to plan, write and refine. Your aim with an epic post is to create a masterpiece. And you are lucky if you can create one a week.

You’ll kill yourself if you try to do more.

I’ve found Pamela Wilson’s plan for writing one powerful piece of content a week a good strategy (I’ve added one more day to her original plan):

That’s a great strategy. One I’ve used myself.

How to train to write an epic blog post

Epic content ideas don’t come easy. Getting them down on paper is even harder. Getting them to fit together, make sense and wow people is the hardest.

That’s why you need to train. Here’s my routine:

And you’ll need to win. See the Jack White guide to becoming an exceptional writer to know what I mean. But here’s the essence: re-write until you can NOT re-write any more.

The art of crushing your competition (with epic content)

So, when is an epic blog post complete? When is the writing battle over?

Unfortunately there is no hard and fast rule except to say it should be a smooth read.

That means you will have to work through the document once, twice, three times — and more.

You’ll have to tweak the close, put it aside for the afternoon, hunt down a better opening at night, insert references in the morning, stare out the window and read it aloud at evening.

You’ll have to repeat the process until it is stitched up tight.

No loose threads. No busted seams.

And, for goodness sake, no making love until you get it right.

Previous article: The Most Beautiful Boat in Town
Next article: Start Your Engines: It’s Time for the Copyblogger EBookWriMo Challenge!