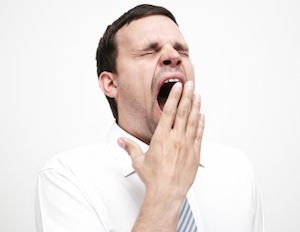 Most of us struggle to find the uniqueness, the interestingness, in our products or services.

The reason we struggle is because we’re looking for something exciting and new to show our clients and customers.

All we seem to come up with though, is how mundane and uninteresting our wares seem to be. A long list of boring features, a tired value proposition that one hundred other businesses offer.

I’ve come to understand that marketing a boring product or service online can actually a very exciting exercise — for you, and your customers.

You just need to know how to think correctly about it.

The ‘Twelve Apostles’ of Australia

Australia has close to six million tourists moving through it every year. About 1.7 million of these visit the site of the ‘Twelve Apostles’.

Now before you get all reverential here, recognise the fact that there’s nothing very holy about this place.

The site was originally known as ‘the Sow and Piglets’ until 1922 — after which it was renamed to The Apostles for tourism purposes. The formation eventually became known as The Twelve Apostles.

What’s ironic is that there aren’t even twelve limestone stacks at the site. There are just nine, and one of those nine is eroding, so there will soon be eight.

But do those 1.7 million visitors care? No, they don’t. Because to them, that venue is unique.

Someone decided that in a continent full of wonders, they could isolate one attraction and draw millions of tourists to see these rocks. Yup, just rocks.

In effect, Australia took the mundane and made it extremely exciting.

The Louvre in Paris, France houses over 35,000 pieces of art.

While the Mona Lisa is certainly not mundane in and of itself, it’s just one of the many splendid pieces of art in that building. In that context, it’s fairly mundane.

So why does everyone rush to see the Mona Lisa? You know the answer already, don’t you?

At some point, someone decided to highlight the Mona Lisa.

In doing so, they played down 34,999 other works of art. That’s akin to having a product with 35,000 features and playing down all but one feature.

That’s how to get attention.

Your product or service has the same problem

There may well be some interesting aspects to that list, but it may also be very mundane. For example: Access to practical “how to” resources.

Every membership site on the planet promises the very same thing. You sign up and you get access to all of these wonderful tutorials and goodies. That’s kinda interesting, yet boring, eh?

Not if you make it a benefit.

Let’s take a crack at it, shall we?

Here’s my take on electrifying this mundane benefit:

“How To” Resources at XYZ Memberships Site: If you join a membership site, you’re sure to run into hundreds of articles and tutorials. The difference between what you see in XYZ Membership site and elsewhere, is that the articles don’t just tell you ‘how’ to do something, but ‘why’ that something works.

Once you understand ‘why’ something works, you’re able to replicate that concept successfully across all your products or services — and know why it’s failing and how to fix it and make it work for to your benefit.

Let’s say you own a tea company.

There are half a dozen — probably two dozen — reasons why someone should buy your tea. Well, which reason are you going to choose?

You’re more than likely to go for something that seems dramatic. But for the purposes of this exercise, let’s just choose the mundane.

Now there are some exceptionally interesting, and some terribly mundane points in that list. But, they’re only mundane because of a lack of explanation.

If we were to choose the concept of ‘cloudiness’ of tea, for instance, we could go on and on about how the tea liquor needs to be clear, how a pure leaf will create a translucent, almost shimmering cup of tea, why a cloudy liquor is often a sign of low quality — and hence, not so tasty tea.

Highlight the benefits, not the features

The key factor isn’t the feature.

You could take a mundane feature, give it a little oomph, and it’ll force your audience to take notice. The beauty is that you can do it with any feature.

Yes, you’re more likely to be tempted to use the best possible feature, but in reality there is no ‘best’ feature. Any feature, no matter how mundane, can be given the spotlight.

What makes the feature stand out is the story behind the feature; the reason why that feature is so very important.

When choosing or creating the uniqueness factor for your products or services, you may work long and hard to find something amazing.

Look for the mundane.

Elevate that ‘so-called’ boring feature to one of great prominence by describing why that feature is so very important.

That will get you one step closer to uniqueness.

What are some of the more ‘mundane’ aspects of your product or service? Let us know in the comments …