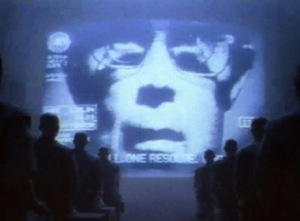 I’m going to give you one name, and I want you to think about the first image that pops into your head …

What’d you think about? Was it what you read in that dusty old history book, or was it the unforgettable Disney cartoon?

That, my friends, is the power of storytelling in action.

According to Chip and Dan Heath in their book “Made to Stick”, stories are an incredibly important element in creating ideas that stick.

We humans process information much more efficiently when it’s in the form of a story, and we’re therefore much more likely to remember it.

We quickly forget a dry recitation of the facts.

“Buy this widget from us, and it’ll do this, this and this.”

I’ve broken down the classical elements of story below so you can begin to think like a storyteller, and make your marketing messages stick …

The protagonist leads the way

You don’t have a story unless you have a main character — also known as the protagonist — whom the audience empathizes with.

The protagonist helps the audience become emotionally engaged with the story.

That’s why very emotional scenes, such as love and action scenes, are so powerful.

Think about horror movies, particularly when the killer is chasing the protagonist.

The audience is on the edge of their seats because they are experiencing the same fears and rush of adrenaline as the protagonist.

Who or what is the protagonist — the hero — of your business?

In addition to a protagonist, a story also needs an imposing antagonist — someone (or something) hindering the protagonist from reaching her goal.

Tap into and talk about a common “enemy” to bond with your customers, and their loyalty to you will grow very strong, very fast.

The protagonist must be on the move

Boring stories are ones where things happen to the protagonist.

Engaging stories are ones where the protagonist takes action to defeat the antagonist.

In other words, there’s an active struggle.

Let’s say there’s a story about some really bad guys who steal a boy’s dog. The boy is sitting on his couch, crying, missing his dog terribly.

A few moments later, a police officer knocks on the door and delivers the slobbering, excited dog back to the boy.

We’d rather see the boy chasing down the bad guys, trying to get his beloved dog back himself.

Are you boring your clients/readers/customers?

This is a cardinal sin of marketing.

Of course, a story isn’t a story unless it has a beginning, a middle, and an end.

The beginning sets the stage, showing what the protagonist’s life is like before the antagonist disturbs it.

After the antagonist is introduced, we enter the middle of the story where the protagonist fights the antagonist, trying to accomplish a particular goal.

Then, we reach the climax.

All seems lost. The protagonist makes one more dramatic move and defeats the antagonist totally.

In the end we see how the protagonist restores order to his life.

Is there a beginning, middle, and end present in your messages?

The moral of the story is …

Lastly, great stories have an overarching message, or moral.

For instance, the moral of “Beauty and the Beast” is that we shouldn’t judge people by their looks.

What’s the major message — or, moral — of your business or idea?

Distill it into one or two very clear lines that you repeat, like a mantra, over and over in all of your marketing efforts.

Pulling it all together

Now, let me bring this all together by diagramming one of the greatest marketing stories of all time: Apple, Inc.’s “1984” commercial.

Take a minute to watch it here:

The protagonist in this story is the running woman.

The plot here is interesting. There is a beginning, middle, and end, but the commercial only shows us the climax, and merely hints at all the other elements.

We can determine the beginning of the story was that the woman and society were living free. Then, Big Brother came and forced everyone to conform. But the woman — possibly alone — resisted (the middle).

Now, when there is no hope left and the entire culture has submitted to the will of “the Man” (the climax), she takes one last action: she destroys big brother by launching that hammer through the screen.

And she does it in front of the entire world.

As the screen explodes, we know that both the woman and society have been freed from Big Brother once and for all.

The moral? We must act to overcome tyranny and conformity.

And the marketing message? Macintosh will set you free from the tyranny and conformity of the other droning, boring PC manufacturers.

Apple could have just said, “Hey, we make better computers, and here’s why …”

Instead, they told a story.

Take a look at your marketing message and ask yourself: How can I use a story to make my message stick?

It’s how we humans communicate with each other best.

If you’d like to read more by Brandon Yanofsky, check out his blog on Small Business Marketing. He also runs a Salon Marketing business for local salons.

Previous article: 6 Ways to Supercharge Your Writing
Next article: The Four “Productivity” Personality Types and How to Write for Each One