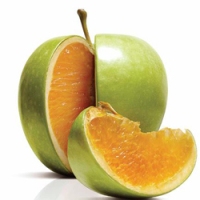 It’s easy to write about certain topics, like celebrities, or technology, or even social media. Everybody wants a piece of it.

But what if your passion is botany, supply chain logistics, or cognitive psychology?

How do you get noticed with a compelling story when your subject is … well … boring?

In the summer of 2006, an economics book was on the New York Time Bestseller list. The title was provocative and promised to be anything but a boring read.

Even my hero Malcolm Gladwell said, “Prepare to be dazzled.”

Since I really can’t stand economics (hated it ever since college), I skeptically handed over my $25 and took Freakonomics home.

From the very first page, I was treated to a wild ride through the most bizarre stories I’d ever encountered. I learned about cheating schoolteachers and self-sacrificing sumo wrestlers. Why drug dealers still live with their moms and how the KKK is like a real estate agent.

Every story taught a boring economic principle in a way that made me want more.

I realized that Freakonomics was an instruction manual for transforming boring blog posts into sexy must-read masterpieces.

Our world is getting more complicated by the second. Every day your readers are trying to get a handle on what happened yesterday, what’s happening now, and what will happen tomorrow. If you connect the dots for them, you can get popular in a hurry.

Freakonomics is built around connecting dots in an interesting way. For example, it’s long been an economic principle that almost every choice we make is connected to incentives. Pretty boring stuff — until author Steven Levitt used a story about daycare centers to show how some incentives backfire.

Since parents were showing up late frequently, the daycare center started a policy of a $3 fine to incentivize parents to show up on time. Unfortunately, the fine wound up incentivizing parents to pay $3 for an hour of babysitting and not feel guilty for showing up late!

Giving your reader’s these “aha” moments is a great way to keep them reading a so-called boring topic and have them asking for more.

Even with all of our shiny social media tools, good ol’ standby skills like writing a great headline still matter.

You can be a masterful storyteller and write killer posts, but you still lose if no one reads them.

Titles are the closest thing us writers have to a “silver bullet.” Don’t waste ‘em. Do you think that Freakonomics would have been a New York Times Bestseller with the title Aberrational Behavior and the Causal Effect of Incentives?

The quickest way to give your boring blog a facelift is to put some eye-hijacking power into your headlines. In fact, write your headline first, before you even start the rest of the post. It’s that important.

Numbers are a blogger’s best friend

One common complaint of blogs is that they can’t be taken seriously. We are accused of playing fast and loose with the facts and being weak on proof. It’s easy to avoid hard numbers and focus on writing the soft stuff, but Freakonomics shows that this is a mistake.

Many bloggers are afraid that statistics, equations, and hard facts will scare away our readers, but that’s not giving our readers enough credit. The problem isn’t the numbers — it’s that we stick numbers out there without a story.

Until those numbers revealed that teachers were cheating.

In some districts, teachers received salary boosts when their students performed better on standardized tests — motivating them to fill in a few additional correct answers for their students.

The story makes the numbers interesting. The numbers make the story credible. Give it a try.

Everyone loves a mystery

Why would a successful sumo wrestler throw a match? The obvious answer would be that he’s getting paid to do so, but Levitt quickly discovered there was a much more mysterious motivation that drove who won and who lost in Japan’s sumo contests.

The answer is buried in psychology, probability, and incentives, but the only thing that I care about is that there’s a mystery. Any mystery begs for gumshoe detective work. We can’t leave well enough alone and we want to know why — especially if someone else is going to do the legwork of figuring out the answer for us. That’s why the CSI series has spun off more offspring than a jackrabbit.

You can use this quirk of human nature to make your topic enticing. Look closely at your topic and uncover some old-fashioned mysteries. Now write a post that presents the mystery and leads your reader through the investigation to its incredibly satisfying conclusion.

Freakonomics uses a powerful set of tools to explain the way the world works. By the end of the book, you can’t help but think that every problem imaginable can be solved with the right incentive, data analysis, or storytelling. When you’re finished you feel that there is a better way to tackle your problems.

This is what “added value” means. Simply restating a problem is boring. Offering new tools and perspectives to solve problems helps your reader get closer to their goals — and that makes you someone whose content they’ll want to read every time you come out with something new.

Freakonomics: The Movie is coming out soon, and I’ll be first in line — because reading the book was so valuable to me I can’t wait to see what else the authors have to offer. To get devoted fans who’ll anticipate your every output with the same enthusiasm, give them some solutions.

Time to get freaky

Have you ever used any of these techniques to make your content sexier? Can you see how to apply some of them to your own blog?

And if you read Freakonomics yourself, tell us in the comments about any other blog-enhancing tips you picked up!

Stanford obsesses about how to get passionate people’s blogs noticed and promoted at Pushing Social, except when he’s fishing with his boys. Follow him to get the latest about his new ebook “Get Noticed.”