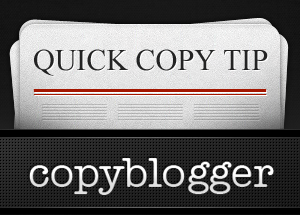 With it, you’re going to increase sales. Without it, you’re finished.

We already know if nobody makes it past your headline, nobody reads your content or sales page. This makes the headline the most important element of your persuasive copy.

What’s the 2nd most important element?

Every ad, article, sales page, or blog post you write must begin with one hell of an opening sentence.

That sentence must speak directly to the needs and desires of your audience and your content must deliver on its promise.

Journalists call it the lede, the first sentence (or paragraph) is meant to bring the reader into the piece, to make it irresistible, to get the article read.

Joe Sugarman teaches that the first sentence of your copy should be short. So short, and so compelling, that it’s almost easier to read than not.

I am definitely in the brevity school, but each project calls for its own thoughtful assessment.

What sticks, and why?

What are the most quoted passages in fiction? It’s almost always the first sentence of the book …

It was a pleasure to burn.
~ Ray Bradbury, Fahrenheit 451

The sky above the port was the color of television, tuned to a dead channel.
~ William Gibson, Neuromancer

Lolita. Light of my life, fire of my loins. My sin, my soul.
~ Vladimir Nabokov, Lolita

Where now? Who now? When now?
~ Samuel Beckett, The Unnamable

We were somewhere around Barstow, on the edge of the desert, when the drugs began to take hold.
~ Hunter S. Thompson, Fear and Loathing in Las Vegas

These lines are immortal, because they are (arguably, in the context of their respective stories) great lines.

It doesn’t matter why, as long as you recognize that it’s true.

The first sentence of your copy should be unforgettably relevant, useful, truthful, and tempting, because the first line is usually what sticks in the mind of the reader — for better or worse.

This isn’t about being tricky, deceptive, or even creative.

Like all great copywriting (and storytelling), the only goal of the first sentence is to make the reader want to read the second sentence.

And the second sentence should effortlessly lead the reader to the third. And so on.

So much of what we do depends on the single line.

And in the case of the first sentence… if you lose your reader there, you lose everything.

What are some of the best first sentences you’ve seen around lately?

Previous article: A Tested Social Media Success Formula: Talk as Yourself, Not About Yourself
Next article: The Problem with SOPA (And How to Stop It)