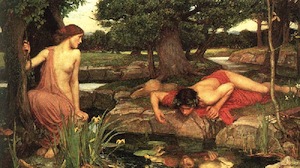 Over the past few years, I’ve conducted a number of focus groups on subjects ranging from email marketing to blogging.

When I ask participants why they’ve chosen to receive emails from a particular source, read a specific blogger, or follow a certain Twitter user, they give me a variation on the same answer:

Readers will only listen to you if you’re giving them something they can’t find anywhere else.

Why would they pay attention to you if you’re saying the same things that everyone else is saying?

That’s common sense — but is there evidence that supports it? Actually, yes there is.

My numbers-based research has confirmed the importance of uniqueness and novelty. The data shows that novelty is contagious; ordinariness is not.

If you take a look at the graphic below, you’ll see that Retweets contain more unusual words than ordinary Tweets do. 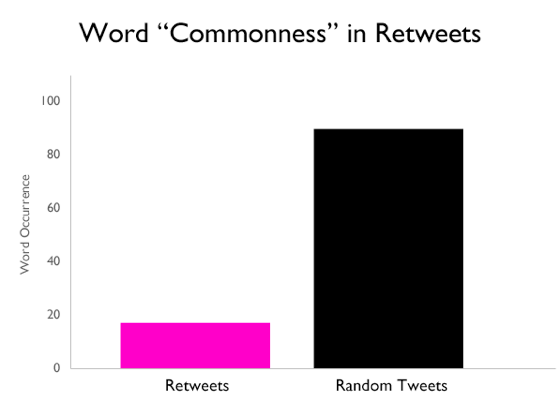 No, that doesn’t mean the word commonness gets Retweeted less often. 😉 It means that Tweets with uncommon words get Retweeted more often than the usual things we see every day. Having a unique way of expressing yourself will earn you more Retweets.

Your readers don’t want you to say the same things everyone else is saying.

If you simply regurgitate information from the echo chamber, they won’t spread your content, and eventually they’ll get bored and stop listening.

Heeding this advice, it could then be easy to conclude that you should talk about yourself as much as possible. Because after all, what is a more unique perspective than what you’re doing, thinking, and feeling?

First of all, when I’ve studied Twitter accounts, I’ve found a negative correlation between self-reference and number of followers.

In other words, the more you talk about yourself, the fewer people are interested in following you. 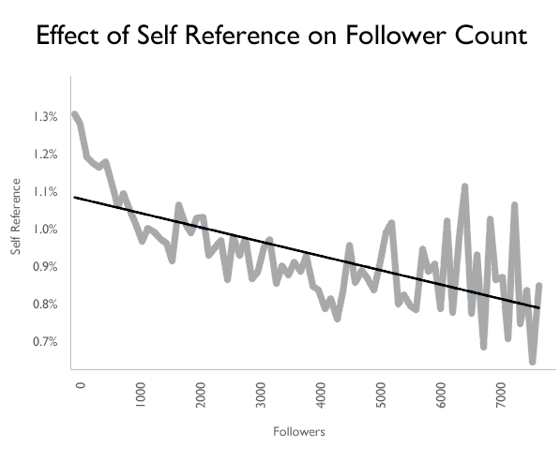 And when you’re talking about individual Tweets, Retweets tend to contain much less self-reference than ordinary non-contagious Tweets.

People don’t want to listen to you Tweet about yourself all day long, and they’re certainly not going to Retweet it either. 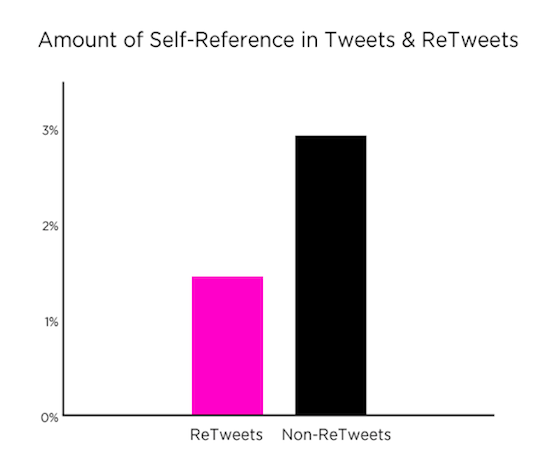 So where does all of this lead us?

People want to hear our unique perspectives and points of view. But they don’t want to listen to us talk about ourselves.

Talk as yourself, not about yourself

Your take on industry news is interesting. Your daily minutiae is not.

Your unique analysis of best practices is something I’d like to read. Your regurgitation of time-worn adages is not.

Whether it’s your personal brand or a corporate brand, you have a set of characteristics and perspectives that allow you to look at the world in a novel way. Use that.

Previous article: 7 Marketing Links You Can Use
Next article: The 2nd Most Important Element in Copywriting