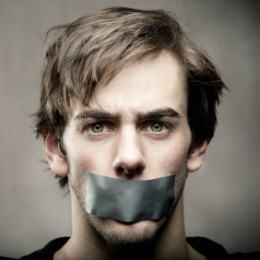 You’ve probably seen the acronym SOPA (and its equally unattractive sibling, PIPA) around the social web.

Maybe you’ve had a lot going on and you’ve hoped it would just go away.

Maybe you figure it can’t be all that bad.

Maybe you believe that the internet has always found a way around censorship and always will.

But while the internet as a whole may be tough enough to survive, you may find yourself crushed in the gears as it all gets worked out.

And we don’t want that.

So while we usually avoid politics on Copyblogger, we believe in taking action to protect yourself and your business.

Let’s do a quick review of the key problems with SOPA, with some quick and easy ways you can help the fight to prevent it from becoming law.

SOPA is the Stop Online Piracy Act, written with the intent of more vigorously protecting copyright around the web. The entertainment industry wants to come down harder on file sharing and the theft of copyrighted material, so it lobbied for a draconian law to add to the many anti-piracy laws that are already on the books.

SOPA would be a sweet deal for giant music and entertainment companies. That’s why the law got written in the first place.

But it’s not a good deal for countless small businesses in the U.S., including yours.

Problem 1: Your site can be shut down whether or not you’ve done anything wrong

Have a commenter who links to a site that uses a copyrighted image inappropriately?

SOPA says that makes you liable to the full extent of its broad enforcement powers. Those include shutting off your domain name to censor your site, or cutting off your PayPal account.

A site can be shut down for a single infringing link — even if it’s a link you didn’t post.

The only way you can defend yourself is after your site has already been taken down. And if it turns out you haven’t infringed anyone’s copyright in the first place … oh well.

Your customers, however, won’t know how to find you by IP address alone. If your domain name is blocked, they won’t be able to get to you any more. They can’t read your blog, they can’t order your products … you don’t exist.

Problem 3: You are not a bad guy, but you’re the one who will get punished

There’s actually a provison that says that an ordinary user can go to jail for five years for posting any copyrighted work.

Yes, that’s a penalty of five years in prison for putting an iPhone video on your blog of you singing your inimitable version of “Thriller.”

It seems insane (and it is), but the entertainment industry has a history of going after ordinary people, including kids, for copyright infringement — and pushing for draconian maximum penalties.

Problem 4: SOPA is bad for the economy, at exactly the wrong time

The worldwide economy is in fairly horrible shape, and it’s entrepeneurial, nimble small businesses (like yours) that are going to get us out of it.

Small, privately held companies are where the new jobs are coming from. They’re where game-changing innovation is coming from.

And they’re where the smart jobs are coming from … the kinds of jobs that can’t readily be outsourced and don’t lend themselves to automation.

As anyone who’s ever worked in (or founded) a small company knows, the little guys tend to live on the edge. They don’t necessarily have six months of payroll in the bank. They don’t keep an attorney on retainer to fight a fraudulent accusation.

The last thing in the world we need right now is a law that puts small businesses, especially small web-based businesses, in danger.

Particularly when those businesses haven’t done anything wrong.

Problem 5: It’s not just small business that takes the hit

It’s not just small businesses that will be affected — the big technology-based companies (you know, the kind that create tens of thousands of excellent jobs) are intensely worried about SOPA.

They’re afraid that they can’t build the next chapter of the web (which will almost certainly continue to be based around sharing and social activity) if they’re hamstrung by a clumsy, over-broad law.

That’s why Google, Wikipedia, Amazon, and other game-changing tech companies have threatened to shut down for an internet blackout day to raise awareness of the dangers of SOPA.

Because SOPA fiddles around with how domain names and registrations are handled, it may open up security loopholes in the global DNS.

That’s right — SOPA could make life easier on the dirtballs who hack websites.

Know anyone whose site has been hacked this year? Ask them if they want to open up security and stability holes in DNS. It’s a very bad idea.

Problem 7: It backs the wrong horse

The entertainment business adds lots of dollars to our economy.

But it doesn’t add nearly as many jobs and dollars as the technology industry does.

The internet is our economic future. It’s the essential infrastructure of modern business, from yoga studios and one-person service businesses to giants like Amazon, Facebook, and Google.

Internet-based tech — whether that’s a blog that supports your coaching business or the next blockbuster product from Apple — is what will bring us through the economic crisis and into the next period of prosperity.

Making it (slightly) harder for people to illegally download Happy Feet 2 is pretty trivial by comparison. The benefits are puny compared with the costs.

Maybe it will just be ok

Now I don’t actually believe that the internet is going to curl up and die because of SOPA. As John Gilmore once said,

The Net interprets censorship as damage and routes around it.

But just because the entire internet probably won’t fail doesn’t mean you as an individual might not face:

These things won’t happen to every site. But they will happen to some.

I’m not crazy about people who steal content either

Just like a big entertainment company, Copyblogger Media has had our share of copyrighted material show up on pirating sites.

It’s annoying. But we’ve found that:

If a new media company with fewer than 20 employees can come up with creative ways to get customers to pay a fair price for our products, why can’t the entertainment industry?

What you should do next

I totally get that you may have neither the time nor the inclination to do a lot of political activism around this.

Fortunately, there are some very quick and easy things you can do that will help Congress understand that this is a job-killing, unfair law.

First, visit Stop American Censorship. Scroll down for lots of options at various commitment levels, whether you’re a political junkie or someone who can’t stand politics.

There are options there if you’re not a U.S. Citizen (and yes, SOPA affects you even if you’re not in the U.S. — in fact, it’s explicitly directed against sites in other countries).

The Senate votes in two weeks, and at least 41 more senators need to get a clue before that happens. You can help.

Click the link now and take at least one of the actions they recommend:
Stop American Censorship

If you want to learn more

Here are some of the resources I used to research this post — they’re all interesting and will give you more details about why SOPA is a terrible idea for all internet users, especially those of us who use the web for our businesses.

SOPA: Hollywood Finally Gets a Chance to Break the Internet
Here’s one of the many good articles on the Electronic Frontier Foundation’s site about the potential fallout of SOPA — just enter “SOPA” in their search box to get lots more.

Help Stop SOPA/PIPA
A concise article on WordPress.org with an excellent short video that will quickly fill you in on SOPA’s most dangerous aspects.

Tech Giants Consider Internet Blackout and Support OPEN Act
More about the “blackout” being considered by Google, Facebook, Wikipedia, Amazon and other key sites on the web, as well as some more details on the OPEN Act.

Hitler Reacts to SOPA
Thanks to Brian for pointing me to this — it actually does a great job explaining some of the key issues, including some not mentioned in the video above.

Before you go off about the rest of your day’s business, please visit Stop American Censorship. It takes just a few minutes to send an email or take another action to let Congress know you want this bad law stopped before it can harm our businesses and our economy.

About the Author: Sonia Simone is CMO and a co-founder of Copyblogger Media.

Previous article: The 2nd Most Important Element in Copywriting
Next article: Download Our Free Introductory Guide to the Genesis Design Framework for WordPress