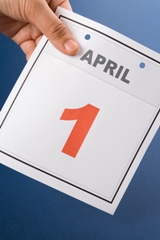 Before I talk about our reasons for shutting down Inside the Third Tribe (our community of next-generation internet marketers), I want to stress that it had nothing to do with our members.

In fact, they’ve been amazing. More than 2,000 smart, motivated entrepreneurs, hungry for knowledge and passionately applying the education we provide.

And it’s not because I don’t believe in the community. In fact, I think it’s one of the most remarkable projects I’ve ever been involved with.

Unfortunately, we’ve had some issues with the team that I no longer believe we can reconcile.

There were hints all along, as there usually are. But at the recent South by Southwest Interactive conference in Austin, it became clear that we couldn’t continue as we had been.

We were somewhere at the edge of town when the drugs began to take hold.

Brian said something like, “I feel a bit lightheaded; maybe you should drive . . .”

And suddenly there was a terrible roar all around us and the sky was full of what looked like huge bats, all swooping and screeching and diving around the car, which was heading for downtown Austin going about a hundred miles an hour with the top down.

And Brian’s baritone voice was bellowing: “Holy Jesus! What are these [expletive] animals?”

You have to understand, he’s been under a lot of stress

He’d seemed lucid enough back when we were planning out how we’d approach the conference. Lucid, but showing some signs of strain. We had launched too many projects back to back, and frankly, South by Southwest tends to bring out Brian’s . . . eccentric side.

His voice was fast on the phone when we were making plans, but he sounded reasonably in control of himself.

“You’re going to need plenty of legal advice before this thing is over.”

“Really? OK,” I said, grabbing a pad of paper to take notes.

“And my first advice is that you should rent a very fast car with no top. This blows my week, because naturally I’ll have to go with you. And we’ll have to arm ourselves.”

My voice faltered a little. “Sorry, did you say arm ourselves?”

But you know, I’ve followed Brian down a lot of strange rabbit holes, and so far we’ve always done all right.

So we got the convertible, and the guns, and the 55-gallon drum of creamed corn, and he pulled some kind of connection that let me secure a tank of medical-grade ether.

I try not to ask too many questions when he gets like this. Which makes it my fault too, I realize.

He couldn’t stop talking about retirement, about how much he wanted to walk away. “Social media is a cruel and shallow money trench, a long plastic hallway where thieves and pimps run free, and good men die like dogs.”

“Right, but there are good people too!” I kept saying. “You know there are.”

But he wasn’t in any kind of space to hear me. As I’ve come to realize, there is nothing more helpless and irresponsible than a man in the depths of an ether binge. He took another hit and sank into a dark silence while I circled the Austin airport.

We were there to pick up Chris Brogan

Brogan . . . now there’s a piece of work. I don’t mind the first-class airfare or the Rolls Royce or paying for all the booze. Whatever. The man’s got his issues. But picking up the tab for those identical twin Thai massage girls is just . . . I don’t know, it gives me the creeps. Plus it’s hell on our profit margins.

“Don’t you understand? Don’t you get it? I’m still huge!” he shrieked.

That’s the first moment when I started to get nervous. Brian’s dangerous voice is . . . well, dangerous.

“I’m everything I ever was!” Brogan screamed. “Who have we got now? Nobodies! Can’t you see it? I’m still big! It’s social media that got small.”

Brian pulled out something that looked like a gun, and I nearly passed out. I don’t know if you realize this, but since 9/11, pulling out a gun in a U.S. airport is like wearing a giant sign saying, “Dear TSA dudes, please blow our heads off. Thanks tons, love, Copyblogger.”

Brian squeezed off two tidy shots, but instead of a sound like gunfire, there was a sort of whuff.

Brogan hit the floor like a sack of irradiated meat.

“Damn it, Brian, what the hell was that?” I grabbed the gun and stashed it, then tried to lift Brogan’s head off the linoleum and check his vital signs. Actually, my words were a little stronger than that. You have to be firm when Brian gets this way.

“Elephant tranquilizer,” Brian said. “Brutal stuff. Very bad. He’ll be having hallucinations of having his intestines gnawed by naked mole rats for about . . . ” Brian checked his watch, “the next 12 to 16 hours.”

Don’t even ask me how we got him into the car. There wasn’t room in the back seat (thanks to the creamed corn) but somehow we managed to fold him into the trunk of the convertible and we headed for the hotel.

Brian got snippy with me for insisting we crack the trunk for air, but the last thing in the world I need is a social media darling dying of asphyxiation in the trunk of my rented car. I do have a few boundaries.

Darren, Mr. “Nice Guy” of the interwebs, was supposed to meet us in the hotel bar. We couldn’t manage to get Brogan out of the trunk, so we left him there, the trunk propped open by his elbow, twitching and sweating and muttering something about a close-up.

He was slumped, as he usually is, giggling on the red plastic bar stool. He turned his manic grin to us and patted the machete that he always carries. “You call that a knife?” he said. He held up the machete proudly. “Now that’s a knife.”

“Yeah, right, hi Darren,” I said. I was starting to get tired. One of them at a time I can usually take, but between Brian in an ether funk and Chris hallucinating on elephant tranquilizer, the last thing I needed was Darren’s incessant self comparisons to Crocodile Dundee. “That’s awesome, honey. Put it away before you make the bartender nervous, ok?”

“Of course it took me a week to crawl this far,” he muttered, giggling. “I thought I was a goner. I said to meself, Darren old son, find yourself a nice comfortable spot and lay down and die.”

Darren stroked the machete thoughtfully. “Up North in the Never-Never, where the land is harsh and bare, lives a mighty hunter named Darren Dundee.”

“Both of you, play nice, please,” I begged. “Just ten minutes of peace and then you can start in on each other.” I was desperate for a drink. But one of us had to keep a clear head, and as usual, it looked like it was me.

“I wouldn’t recommend sex, drugs or insanity for everyone, but they’ve always worked for me,” Brian said, with a majestic dignity that almost made me love him again.

From there it just went downhill

Anyway, I guess you remember the rest of it from the news accounts. They didn’t get it exactly right, but it was close enough.

Brogan is doing better in rehab than any of us could have hoped, so I’m crossing my fingers. We don’t think the U.S. will try to extradite Darren for what happened to that biker, and let’s face it, the guy did pull a knife on us. Poor bastard.

Brian’s wife won’t give me any details, and when I drove out to their place to try and figure it out, he took a shot at me. You know, it’s Brian. He’ll be ok. He always is.

If I were going to write the truth about everything I know, about 600 people — including me — would be rotting in prison cells. So I’m going to have to leave it there.

All I know is I can’t do this any more. I’m walking away while I still can. I booked a massage for later this morning, I’m going to go cash my settlement check, and then I’m going to take a walk on this beautiful first day of April and try and figure out what to do with the rest of my life.

Until then, you all take care, ok?

About the Author: Sonia Simone is currently the only one working at Copyblogger and the founder of Remarkable Communication. She also co-founded Inside the Third Tribe before it collapsed into a vortex of drugs, ego, and identical twin Thai massage girls sometime just prior to April Fool’s Day, 2010.

Previous article: The Secret Life of Testimonials
Next article: 10 Tricks For Getting Inspired to Write