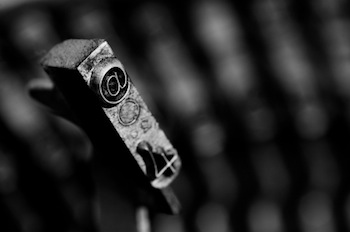 The writing life sounded so glamorous, didn’t it?

When you first started writing, you watched people struggling with their problems and knew you could help … if only they would listen.

So you took to the page with metaphorical fist raised, hoping your words would cut through conventional thinking and inspire a revolution.

But it was hard — much harder than you thought it would be — to gain traction.

Worse, it was lonely.

The sad discovery was that it was nearly impossible to get people to read something they didn’t already agree with.

Sure, you could commiserate with and take solace in the company of other (misunderstood) writers. But it wasn’t clear any of those real people out there with real problems were listening at all.

Before you decide to hang up your cape forever, let me introduce you to Michael Daly, a mild-mannered crusader from the world of science.

The story of his struggle might be just the insight you need to set the world on fire with your ideas.

Learn from yesterday, live for today, hope for tomorrow. The important thing is not to stop questioning. ~ Albert Einstein

Michael Daly’s heretical idea began in 1974 when he saw an ad in the back of a comic book for Sea Monkeys.

Sea monkeys are rather miraculous creatures. You might remember that they’re sold as a dry mixture and then mailed out in a small envelope.

Young Daly had only to reconstitute them in water, and in a few days, he had his very own Amazing Live Sea Monkeys® swimming around in a cereal bowl.

Daly, who would go on to become a molecular biologist, learned brine shrimp are not the only species that can survive complete drying (desiccation).

In fact, there’s an entire class of organisms known as extremophiles, and they are every bit as impressive as the superheroes he had read about in his comic books. These microbes can survive the extreme pressures of deep sea vents or thrive in everything from boiling water to the ice floes of Antarctica.

But the most famous superhero of the microbial world is Deinoccoccus radiodurans, sometimes called ‘Conan the Bacterium,’ because it can survive doses of radiation that kill almost all other living creatures.

Nearly everyone will tell you the reason those other creatures don’t survive high doses of radiation is due to DNA damage.

Nearly everyone is wrong.

After studying the extremophile D. radiodurans over the last two decades, Daly proposed that the organism survived not by protecting its DNA as presumed, but its proteins.

He was able to show that his bacteria sustained as much DNA damage as any other, but by protecting its proteins, it could slowly rebuild itself, piece by excruciating molecular piece.

And so, a heretic was born.

In questions of science, the authority of a thousand is not worth the humble reasoning of a single individual. ~ Galileo Galilei

If you don’t spend a lot of time in the world of biological research, it is hard to understand exactly how revolutionary Daly’s idea is. In some senses, it is similar to Galileo’s proposition that the earth revolves around the sun.

As Galileo found, it is not simply a matter of presenting the evidence.

You might think that once Daly had shown evidence to back his claims, the scientific community would shrug off the old theory and embrace the new idea.

In fact, the more Daly tried to publish on the idea, the angrier his peers became. His grants were not renewed and invitations to give lectures dwindled to a trickle.

The turning point came when he submitted a grant to the Air Force Office of Scientific Research, where I happened to be a grant manager. Although the work was controversial, I thought Daly had enough preliminary evidence to pursue the idea.

I was willing to take a risk on him and his idea.

Daly told me this past January, “You changed my life.”

Changing the world is tough business — even superheroes can’t do it alone.

As Derek Sivers says in his TED talk on how to start a movement, “The first follower is what transforms a lone nut into a leader.”

When you have eliminated the impossible, whatever remains, however improbable, must be the truth. ~Sherlock Holmes

When Daly walks into a scientific conference, a hush does not fall over the other attendees. People aren’t stalking him for lunch dates as they often do with other leaders in the field.

At the conference we attended, he largely kept to himself. I expect this is a learned behavior after many years of not feeling entirely welcome.

As he says, “It is quite a lonely fight.”

What keeps Daly going are the real consequences of his work.

His theory has implications for everything from improved vaccines to decreased side effects from cancer radiation treatments. It may even yield the elixir that reduces the effects of aging.

To say that Daly has the potential to change the world, not just the scientific circles he runs in, is no exaggeration.

But there’s a risk too.

Once a big name scientist with significant resources behind him starts publishing on the topic, Daly’s pioneering efforts may be forgotten. It certainly wouldn’t be the first time a brave heretic was overshadowed by a more sophisticated second-comer.

The great thing about true heretics is that they don’t care. Daly isn’t concerned about his legacy and he doesn’t care who invites him to lunch dates.

He only wants to uncover the truth.

It’s a tricky balance. If you have a message people don’t want to hear, there’s power in not caring what anyone thinks. But if you don’t care about people, then you’re likely motivated by the wrong reasons.

Because it isn’t about leaving a legacy. In fact, it’s not about you at all

It’s about finding the big idea and standing up for it, no matter what. As Chris Guillebeau reminds us, “We use the word revolution too flippantly, because real revolutions involve great sacrifice.”

How many of us are really sacrificing?

How many of us choose to follow the crowds instead of obligating ourselves to the things that matter?

And if you’re not worried about the backlash you’ll get from your writing, you’re probably not tackling anything terribly important.

It wasn’t that long ago that heretics were burned at the stake for their ideas. These days we just have to put up with a few trolls.

So the next time your dreams of changing the world push forward again, ask yourself:

What are you truly burning to say?

Jennifer Gresham is a former Ph.D. scientist turned writer and coach. She works with high achievers to exponentially increase their professional success and personal fulfillment. She blogs about life and careers at Everyday Bright. You can also follow her on Facebook.

Previous article: The 4 Words That Will Get Your Email Opened
Next article: Copyblogger Weekly Wrap: Week of March 28, 2011