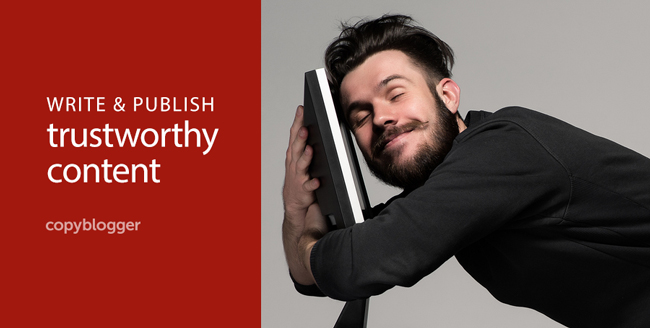 You can hardly critique a guy who nailed the first-ever interview with the world’s most wanted drug lord. Yet, critique Sean Penn we did.

Sean Penn, if you remember, is an actor … an actor who, no matter how hard he tries (even after winning two Academy Awards for Best Actor), will never quite shake his most memorable role: stoned surfer Jeff Spicoli in Fast Times at Ridgemont High.

Mr. Penn is also a filmmaker, political activist, and he can now add journalist to his bio since penning a 10,000-word article about his secret meeting with Joaquín Guzmán Loera (known as El Chapo).

But, “Not so fast,” say professional journalists. Is Sean Penn someone we can trust?

Shortly after Rolling Stone published the article at midnight on Saturday, January 9, 2016, journalists from Dallas to New York have been picking the interview apart. Sonia Simone and Stefanie Flaxman even weighed in on the discussion on Copyblogger.FM.

One of the most notable and useful critiques that Sonia and Stefanie discussed comes from Kelly McBride, media ethicist and Poynter’s Vice President for Academic Programs.

Interestingly enough, though, McBride argues that the article’s journalistic failures should not rest on Penn’s shoulders.

You and I will probably never be in a position to interview the world’s most notorious villain, but McBride’s suggestions for what should have happened are pretty darn useful for anyone in the content marketing game.

Which is why we put together 10 rules for writing content people can trust based upon McBride’s advice and a few lessons we continually teach on Copyblogger.

Because whether you are a journalist or content marketer, you must build trust with your audience.

Keep the following 10 rules close to your vest when you create content, and don’t forget to check out our SlideShare presentation of the 10 rules at the end of the article.

According to McBride, this was the most glaring problem with Penn’s article. And it’s a critical lesson to learn.

Interview experts, seek outside sources, (even if they are from a book), and talk to significant stakeholders on a subject to communicate a complete, comprehensive story.

When I wrote my native advertising series, I included relevant people in the discussion: publishers, agencies, and — most importantly — readers.

Your job is to shape the voices of your outside sources into a meaningful, coherent, objective argument.

An assumption is an idea you accept as a fact without proof. I’m talking about statements like:

Here’s the thing: we all have assumptions, and some of them could even be true. But keep in mind that any time you wander into absolutes (always, never, all, etc.), question the accuracy of your statement.

If you say “I can make anyone a top notch web writer in 30 days,” my response is going to be “Prove it.”

Provide the results of experiments, observations, research, and tests. Not just anecdotes and testimonials.

Yes, anecdotes and testimonials are important, but they are not enough. You need empirical data.

4. Approach data with a theory

Speaking of data, never go scavenging through your analytics or database looking for patterns. That’s called “data pillaging” and leads to meaningless correlations like “the more whiskey I drink, the more Twitter followers I get.”

Yes, those data points may be trending up at the same time, but they are not necessarily related (known as post hoc ergo propter hoc). When you data pillage, your readers will see through your flimsy attempt to be “scientific.”

Instead, drum up a hypothesis, and then discover if your theory is true through existing research or your own. And, of course, don’t be afraid to admit you are wrong if that’s what you discover (see Rule 10).

5. Avoid the curse of knowledge

We also break trust with our readers when we forget that we probably know more than our audience.

For example, when I tell readers to “bone up on your customers’ emotive capital if you want more sales,” they have every right to wonder if I was all messed up on cough syrup.

To them, I’m speaking a foreign language, which I actually am because of an information imbalance: I have more of it than them.

See, each word in that slogan I slung out is thick with meaning, history, and experience — to me. To them, however, it’s nonsense.

And this is called the “curse of knowledge,” which leads to confusion on the audience’s part and frustration on yours.

Fortunately, you can avoid the “curse of knowledge” by using clear language, telling stories, and assuming nothing about your audience.

You are the reader’s advocate, so it behooves you to hold your sources accountable so that you produce accurate content.

Don’t fall in love with a source and fail to challenge his assertions, assumptions, and claims.

James Altucher’s podcast is a great example. He has no allegiance to his subjects — only to his listeners. Which can make his interviews contentious, but charming.

His listeners feel like James has their back — not the subject’s. The lesson for you: never forget where your loyalties lie.

7. Anticipate questions your reader will ask

In the same vein as the rule above, if you are the reader’s advocate, put yourself in their shoes when creating content.

Anticipating these questions will make them feel like you are listening to them — that you have their back.

When you answer these questions before they’re asked, your audience members will feel like you understand them.

And if you don’t have an answer to a question yet, perform research and write new content or record a new podcast episode on the topic to serve your audience well.

Inform readers of the circumstances surrounding an event or topic, and paint a complete picture by linking to appropriate articles or sources in your content.

The controversy surrounding Penn’s interview inspired this piece of content, so I explained that in the introduction of this article.

Since you’re a content marketer, there are relevant lessons from this event for you to learn and incorporate into your own work.

The Penn interview is so irresistible because it’s one of a kind. Which is why some journalists were willing to overlook the editorial mistakes. They argued that the interview moved the story forward.

You could also say Penn avoided the obvious. He tackled an original idea, which is in line with Google’s standards for high-quality content.

Avoiding the obvious is also another way to deal with so-called content shock.

Given our tight, relentless publishing schedules, this is often difficult, but here’s the deal:

You need to resist publishing content until you land a unique angle — and can move the conversation forward.

You can’t do this unless you are intimately aware of who’s publishing what. So, you must do your research before, during, and after you publish to ensure you’re not saying the same thing as everyone else.

The question you have to ask yourself is:

Would you expect to see your article in a printed magazine, encyclopedia, or book?

If you can’t say “yes” to that, then don’t publish until you can.

10. Act against your own self-interest

It really all boils down to this.

If you want people to trust you — if you want to build authority — and dissolve your readers’ skepticism, then act against your own self-interest.

When you have an obvious agenda, people take what you say with a grain of salt. It’s like a mother saying her boy is the smartest child on the block.

Dissolve your readers’ skepticism by pointing out your own weaknesses, inviting people with competing opinions to the discussion, and keeping your emotions in check.

Furthermore, tone down your confidence about your abilities and convictions.

As Alina Tugend wrote in The New York Times, alluding to studies cited in Dan and Chip Heath’s book Decisive:

“Most of us tend to be overly optimistic about the future and about own abilities and attributes. The Heaths cite studies showing that doctors who reckoned they were ‘completely certain’ about a diagnosis were wrong 40 percent of the time.”

In other words, humble yourself.

Copyblogger: 10 Rules for Creating Content People Can Trust from Copyblogger.com

“Well Stu, I’ll tell you: content marketing is not a sport, it’s a way of life, it’s no hobby. It’s a way of looking at that reader and saying, ‘Hey bud, let’s party!'”

Couldn’t have said it better myself.

By the way, drop me some comments if you agree or disagree with anything I wrote. Also, do me a favor and tell me your favorite Sean Penn movie.

I think you know mine. Can’t wait to hear yours. See ya, bud.

Previous article: What Could Happen if You Launch a Podcast in the Next 30 Days?
Next article: Big Bums, Scuffles, and How to Craft Copy Your Competitors Wouldn’t Dare Write