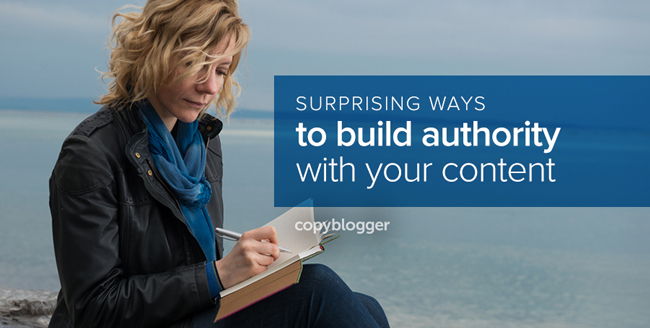 Picture the set of a late-night talk show, circa 1983.

Allen Ginsberg is fat, bearded, and sitting in the interview chair. Long hair grows in unruly patches from the side of his otherwise bald head. His eyebrows sprout from his forehead like wild hawthorn in bloom.

He’s wearing a tie-dye t-shirt with a hole in it. His fingers are stained from nicotine resin.

Ginsberg, a former marketing researcher, wanted to talk about the generation gap, and what he said about the challenges youth had to face actually made a lot of sense.

But although he certainly looked the part of “legendary poet,” this audience didn’t take him seriously. He simply didn’t appear to be a credible expert who they could know, like, and trust.

Another type of expert

Fast-forward to 2003. There he is: completely bald, with a black, long-sleeved shirt tucked into blue jeans. This time, it’s Seth Godin presenting at TED — one of the most prestigious speaking gigs.

In a fluid and flawless presentation, Seth explains how to get your ideas to spread. He obviously knows what he’s talking about or he wouldn’t have been invited to speak. This audience wanted a credible expert — and they got one.

Godin wrote the manifesto for modern advertising: Permission Marketing. He can break 7 of the 12 so-called rules of blogging — and get away with it.

Why? Because he’s earned a tremendous amount of authority by showing up day after day for years, delivering something remarkable — concise, well-written expressions of his ideas.

If we want to find our way out of the wilderness of obscurity, we have to fight for our own audiences. We have to earn authority, just as Godin did.

You won’t build authority by copying another writer — even a very good one — but you can improve your influence by following these 10 proven practices.

1. Act against your own self-interest

When you have an obvious agenda, people take what you say with a grain of salt. It’s like a mother saying her boy is the smartest child on the block.

You can dissolve some of this skepticism by, at times, acting against your own self-interest.

This was the objective of the 1960s ad agency Doyle Dane Bernbach when selling the world’s ugliest car: they flaunted its dysfunctions.

When you mention weaknesses before strengths, you lower resistance to arguments and generate more belief.

If both people tout the same fitness program based on eating french fries and sprinting up a 40-foot ladder for 7 minutes every day, who are you more likely to believe?

No question you’re going to choose the second person. He is more persuasive because he didn’t start out as a fit athlete — he converted to that status after starting life as a coach potato.

Someone who’s taken the path from A to Z is always more believable. We share a sense of familiarity with people who have had the same struggles as us. We identify with the convert because it convinces us we could make the same transformation.

Most customers expect you to say things to please them. They may even sense a little desperation. A little bootlicking. And they blow you off.

This is one of the reasons I don’t suggest you say “I’m flexible” when in negotiations.

Say that, and your opponent will suspect you’ll do anything for money. She’ll suspect you don’t care about quality or integrity. In other words, you can be bought … cheaply.

You do your prospects and customers a greater service when you maintain your independence and integrity, defending your hard work and turning down requests.

People will see that you actually have their best interest in mind because you’re not falling over yourself to kiss their bottoms.

Did you know you can influence people simply by not influencing them?

For example, you’re probably more likely to take the advice to buy a certain stock if you overhear the tip during a whispered conversation between two well-dressed men at the table next to yours than you are if a broker called you up with the same information.

Give away high-quality content without asking for anything in return and you’ll find a much warmer reception when it does come time to promote a product.

5. Establish a reputation for one outstanding quality

Your reputation should be simple, based upon a single, sterling quality — strategic thinking, say, or persuasiveness. This becomes your calling card. It announces who you are and gets people to shut up and listen.

Seth Godin has a reputation for passionately spreading important ideas. That’s how he got the opportunity to stand in front of a TED audience and mesmerize those people. How he can publish multiple New York Times bestsellers.

Allen Ginsberg commanded attention because of his extreme individualism. Disenfranchised youth flocked to hear him speak. (Their parents, not so much.)

Discover that one quality that defines you — and work it to the bone.

Pablo Picasso dreaded the idea of getting lost in the crowd. So when his name began to get attached to a particular style, he would deliberately destroy that perception with a new painting style.

In other words, he valued recreating himself more than popularity.

Sure, you may be attacked. You may be slandered. No worries. That fate is much better than being ignored. All professionals (even introverts) must possess a bit of showmanship.

Remember that timid soul back in tip number two? The once-overweight hyper-athlete who lost weight through a diet of potatoes and a daily seven-minute assault on a ladder?

That gig would never work if he were an insecure communicator.

The more self-assured and confident a communicator you are, the more likely people will accept what you say. Say what you think. And say it with backbone.

Audiences want people with conviction. You will please those who matter to you. And probably piss off those who don’t.

Hard work. There’s no way around it.

You have to write that ebook. You have to build that online course, membership site, or downloadable software.

If you don’t ship, then what you say carries zero weight.

Few people respect talking heads. We respect those who get up early in the morning and work late into the evening. Who seldom complain. And who deliver products we love.

We’ve always been taught that “you get what you pay for.” In fact, it’s common for a prospective customer to distrust a product because it’s too cheap.

Yet, when it comes to setting our own prices, we often shoot much too low. This is a mistake.

In You Don’t Charge Enough — Here’s How to Fix That, Marla Tabaka noted there are five questions you have to ask yourself when it comes to pricing:

Let’s explore that third one.

All through high school, and into my early years as an adult, I thought that everyone could write — that writing was no different from walking or doing cartwheels. I didn’t value what I did as unique.

It was my wife who pointed out this simply was not true (reason number 428 why I married her). What I did was truly valuable. And only grew in value through training and experience.

One past client solidified this outlook for me when he said, ‘We could do this ourselves by spending the next 15 years learning how to write — or we could hire you.’

I no longer believe anyone can do what I do. And neither should you.

Here’s the deal: that which is rare is appealing. Long lines during gas shortages. A run on bread and milk before a blizzard. Black Friday sales.

People are motivated by the thought of losing something — even if they don’t need it. And this appeal is stronger than one based on gaining something of equal value.

Show genuine scarcity in the most tangible way you can. Here are three ways to do that:

Don’t let others decide how you are perceived

If we put Godin and Ginsberg in the same room to discuss marketing, would we take Godin more seriously than Ginsberg?

But, if they spoke about artistic liberty or the mechanics of a great poem, we would probably take Ginsberg more seriously.

We live in a message-dense, decision-rich environment. It is an information onslaught. To make sense of all of this content, we want narrowly defined authorities. We want credible experts.

That’s why your reputation is critical. Don’t let others decide how you are perceived. Become the master of your own reputation.

Editor’s note: The original version of this post was published on January 14, 2013.

Previous article: 5 Simple Steps to Breathe New Life into Old Content with SlideShare
Next article: Patience, Persistence, and Waiting for the Payoff