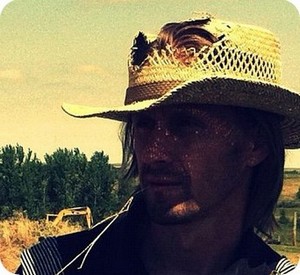 Remember when I said that profitable advertising was a planned and purposeful neglect of everything except making the sale … and that you should treat copywriting like a salesman?

Well, there is something else you should know: the difference between copywriting and face-to-face salesmanship is that the salesperson can’t be ignored …

She demands attention. Your advertisement, however, can be ignored. This is why effective headlines are so important.

See, an effective headline is like calling out in a crowded room, “Hey Demian, can I talk to you?” Your headline gets the attention of the right people. So you write a headline that recognizes those people.

But there’s a problem.

We watch our website traffic rise like a rocket out of Cape Canaveral … and then we stroke our goatees and fan our long hair as we linger in the afterglow of the rapidly fleeting adulation of people who are mostly impossible subjects for what we have to offer.

To make matters worse the people we really want may never have a clue our content is out there. Waiting for them.

Your mom might be proud. Your boss won’t be.

Legend has it that nobody reads advertisements. This is absurd, of course, coming from someone who’s seen hundreds of thousands of dollars spent on direct-response advertising … and the returns that pile in.

They certainly don’t read them for fun (unless they are a copywriter). The caveat, however, is prospects will only read advertisements if they are interesting.

We are a harried people, and we have too much to read to begin with. We won’t waste our time on content that doesn’t speak to us.

Here’s the lesson so far: create advertisements that communicate WHAT it will be worth to your prospects if they set aside time to read your promotion. And do that with your headline.

We are ruthless when it comes to who we listen to. Who we read. We want entertainment. Benefits …

You won’t be able to solve all of her problems. But there is that one pain that your product soothes perfectly. Yet, she will never know it unless your headline tells her in a clear, concise, and compelling manner.

This is why more than a third of your time spent on a promotion should be spent on a headline.

While searching for a headline, I’ll scroll through our magnetic headline clinic. Pull Tested Advertising Methods off the shelf and browse Caple’s 39 ideas. I’ll look at data on past headlines. I’ll break apart a campaign where I used four or five different headlines for what was virtually the same copy.

But let’s say your product solves more than one problem. It aids a young man in retiring early, but also ups his chances of buying his dream car and attracting that beautiful wife. What appeal do you use in your headline?

Well, you must know what quality your prospect desires the most.

This doesn’t mean you neglect the other qualities. But you fire the big guns for the widest targeted audience. And convert the loafers with the additional benefits.

For this same reason you can create more than one ad.

This is the beauty of pay-per-click advertising and landing pages. Your product might offer five benefits, so you run five separate landing pages. Sure, there will be overlap, but no harm. Most people are convinced by more than one argument. You wish to reach the widest audience.

And remember to never confuse the benefit for the feature. A bare-bones online trading dashboard doesn’t mean anything to a young investor. Quick trades does … but not nearly as much as selling quickly enough to stop the hemorrhaging from a trade gone wrong.

Again, a twenty-year track record of returns above fifty percent means nothing to a young investor. Turning $10,000 into $75,937.50 in five years, however, does.

Here’s my point: the hooks that we like best will rarely pull the best. We simply don’t know enough people to prove our hunches. We have to test our ideas in the marketplace.

This boils down to fixed principles. Online you are in front of millions of people. Among those millions there is a small percentage you wish to influence. Try to strike a chord with that percentage.  Ignore the rest.

Sell your anti-ageing diet to ageing adults … ignore the adolescents (who already think they will live for ever).

Offer a cure to stop smoking to smokers … not to those who’ve already quit. Or never even started.

Promote a book on overcoming suicide to the delusional optimistic and you’ll lose money … as will one on ambition offered to the chronically depressed.

Know your audience inside and out.

And then go craft a headline they can’t ignore.

Previous article: How to Craft Compelling Copy
Next article: Case Study: How a Corporate Consultant Built a Thriving Business with Content