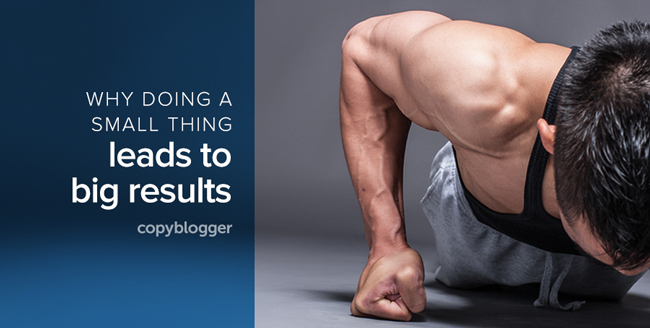 After reading smart advice, how many of us immediately turn around and apply it?

If smart advice only produces results once we begin applying it, why doesn’t it automatically become a part of our lives after we read it?

This post will help you bridge the vast gap between learning something and applying it.

To bridge the gap between theory and reality, we need an application strategy that empowers us to practice.

Until we apply what we’ve learned, the benefits of any action remain theory instead of reality.

My secret for applying what I’ve learned … fast

For the first 10 years I was interested in personal growth, I made meager progress.

I wasn’t one of those transformation stories like Jack LaLanne, who heard a seminar on healthy eating and changed his behavior dramatically — starting his path to become the “godfather of fitness” for the next several decades.

I’d be willing to bet that most other people don’t fall into that quick frog-into-prince category either.

In the last three years, however, I’ve made massive strides in multiple areas of my life at the same time.

Do I have a secret? Yes, actually. I stumbled upon a nearly foolproof application strategy. Before we talk about that, it’s important to understand the supreme importance of practice.

If you want to become good at anything, you have to recruit the power of your subconscious brain. There is no other way.

For example, Michael Jordan was so skilled at basketball because he practiced so much that all the scenarios, movements, and requirements of the game became second nature to him.

He didn’t have to consciously think, “Okay, I’m going to dribble around this guy, do a quick spin, pump fake to get the big man to jump, and do a reverse layup on the other side.” Instead, he did it all instinctively and swiftly. He had the skills, athletic ability, and court awareness, all of which were developed through hours and hours of practice.

Similarly, expert copywriters have practiced the craft so much that the right words, sentence structure, and emotional tone flow out of them — the concepts of effective copywriting are already a part of their ways of thinking. They may consult materials to aid their efforts (as Jordan studied the game of basketball), but they don’t necessarily need them in order to do a fine job.

Beginners in any discipline need external help because they haven’t learned the core skills yet. On their paths to mastery, they’ll often emulate known authorities.

The difference between experts and those trying to emulate them is the amount and consistency of practice.

To reach your goal — whether it’s to create a popular blog, become a world-class copywriter, or do a double backflip on skis — you must practice consistently.

When most people want to become good at something, they do it a few times and quit, or they do it sporadically for years.

Seth Godin has written 18 bestselling books and has one of the most popular blogs in the world. Do you think it’s coincidence that he’s published a post every day for years and is a successful writer? I don’t.

“If you know you have to write something every single day, even a paragraph, you will improve your writing.” – Seth Godin

Success is born from consistency. People aren’t consistent because they’re successful; their consistency creates and sustains their success.

You won’t believe what triggered my breakthrough

If you’ve been reading carefully, you’ve noticed that I think consistency matters a lot. Well, I want to take it a step further. There is nothing more important than being consistent.

Let me briefly explain why I believe this so sincerely.

It was mid-2013, and I was struggling (to put it lightly). I had been blogging for 2.5 years and only had 440 subscribers to show for it. Most of my peers had done far better in far less time. Despite my Finance degree, I was jobless and living with my parents at the ripe old age of 28. My hopes for the future were ashes at the feet of my reality.

I made a decision in mid-2013, however, which gained me 4,000 more subscribers during the rest of that year.

Later that same year, I self-published a book which has been translated into more than a dozen languages and has been the number one self-help book in the USA, Canada, and South Korea.

After that, I created a video course, which now has more than 7,500 paying students. I wrote another international bestselling book last year, and my blog has grown to more than 12,000 subscribers. I’ve also put on 15 pounds of muscle by going to the gym.

It was a dramatic turnaround. What do you imagine was the “big” strategy that changed my life?

Writer’s Xtreme Boot Camp: Bleed By Day Three or Your Money Back!

You went to Tibet and found yourself!

I’ll tell you the real strategy that created my avalanche of positive change, but you might laugh at it and you may not even believe me. In mid-2013, at the height of my failure, I set four daily goals that changed my life:

Anticlimactic, isn’t it? Four activities that took me a cumulative time of five minutes to do completely transformed my life.

I call these “mini habits,” and it’s the topic of that book I published in December 2013.

The transformation in my life occurred as a direct result of my strategy change. I switched from chasing “goals” to chasing consistency. Because these mini habits were so minuscule, I had no problem accomplishing them every day.

This concept is about more than just “set small goals.”

A unique part of the mini habits strategy is that the daily goal is not a ceiling. I actively encouraged myself to do more than my mini requirements. This ensured my consistency and also gave me an outlet for excess motivation. I realized that motivation isn’t supposed to be our primary fuel for action, though — it’s too inconsistent for that.

In psychology, there’s a term called autonomy. It’s far more important than people realize: “The term autonomy literally refers to regulation by the self. Its opposite, heteronomy, refers to controlled regulation, or regulation that occurs without self-endorsement.”

Autonomy means that you feel in control and are in charge of yourself.

Most goals people set seem like they provide autonomy since they’re decisions we make, but a big goal can easily become the boss you despise.

Instead of stripping away your sense of autonomy, a mini habit enhances it and makes you feel empowered.

It’s never too intimidating to practice copywriting for 50 words or one minute. You’ll often exceed your small goal, not because of an arbitrary aim, but because you want to get better at it. You want to practice more, and meeting your mini habit requirement is a potent momentum and motivation booster to keep going.

A mini habit shines most on the days you’re tired and unmotivated, as you can still knock out your requirement and feel good about what you did.

This is why the mini habits strategy is the ultimate consistency tool.

Start small on your way to big results

Before my writing mini habit, I wrote sporadically and my results were sporadic.

When you do something every day, you resist it less over time. That’s why I was able to go from one push-up a day to a full gym habit. As a bonus, you will also develop the skill more rapidly.

There are considerations, such as how many mini habits to pursue at once and how to keep your mini habit small, but that’s beyond the scope of this article. For that, I recommend reading the Mini Habits book, which goes into more detail.

Dream big, but keep your goals small to harness the exponential power of consistency. You won’t look back.

Stephen Guise is the international bestselling author of Mini Habits and How to Be an Imperfectionist. His blog, Deep Existence, is one of the world's most popular resources online for focusing and habit-building strategies. Sign up for updates and you'll receive 40 custom desktop focus wallpapers, Stephen's book on stress management, and subscriber-exclusive life tips every Tuesday morning.