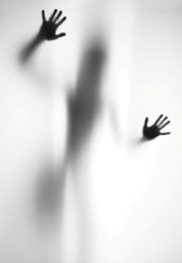 If you had known how hard it would be when you first started your blog, would you have done it at all?

You had a topic you cared about. You thought you had something to say. And you had $10 to register a domain name.

But you’ve been writing (and writing and writing) and it’s all just words into the void.

No readers. No tweets. No stumbles. No comments.

I hate to break this to you, but you have Invisible Content Syndrome. Fortunately, this condition is curable.

Invisible Content Syndrome is an equal-opportunity menace. It doesn’t just hit lazy people, or people who don’t care about good content. In fact, every blog starts out this way.

But some grow out of it quickly, while others get stuck there.

And being stuck with Invisible Content Syndrome is amazingly frustrating. So let’s get you out.

Sure, the colorful show-offs get the best traffic. But at the end of the day, you’d rather be known for being useful than for attracting attention. We have more than enough useless attention-grabbers.

Even among the hundreds of millions of blogs out there, not enough are useful. Not enough solve problems that people care about.

If you have a solid grounding of the basics in your topic but you aren’t the world’s foremost expert, you’re in luck.

Most people, in any topic, are beginners. So write for beginners. Teach them those basics you’ve just mastered. Go back and teach the newbie that you used to be.

You’ll understand the newbie perspective far better than the 10,000-hour genius can. She’s too far removed from what it’s like to be new.

In the land of the blind, the one-eyed man is king. Go find a kingdom of blind people to help. Become an expert by helping people who know less than you do.

Be a good friend

Once you’ve built a solid cornerstone of useful content, it’s time to expand your social network.

Figure out five big blogs and ten smaller ones that have the readers you want. All of them, of course, should be writing content you think is very good.

Then start hanging out.

Make intelligent comments. (Not lame “great post!” ones.) Describe your own experience, or ask a smart question, or bring up a related point that wasn’t covered.

Use your name, not a keyword phrase. (That, frankly, just makes you look like a spamming asshat.)

Get your picture registered with Gravatar so people can associate a face with a name.

Link to the best posts you find. Create your own content by riffing on their ideas with your own take. Use their posts for one end of an intelligent conversation, with you holding up the other side.

You won’t attract attention and links from everyone you cultivate. But you will from some. And as long as you’re making yourself useful, some of their readers will become your readers.

But comments and links are down for many blogs since twitter became so prevalent. They’re still the best tools for building relationships with the folks who can bring you new readers.

Give it some time

It amazes me how many folks start to gripe about being invisible when they have four posts up.

It takes time. No, it doesn’t have to take years (although many ultra successful people had a slow start). But you’ve got to give things a chance to gel.

It helps to cultivate a healthy dose of stubbornness about your goal. (While still being open to changing your approach about how you’ll get there.)

Every successful content marketer started out with an audience of two … yourself and your other email address. How far beyond that you grow depends on how well you can execute these principles.

Be entertaining (if you can pull it off)

It’s important to take your topic and your audience’s needs seriously.

It’s fatal to take yourself seriously.

If you’re funny, go ahead and share it. If you tell a great story, share that too.

Yes, you need to make yourself useful. But we already have one Wikipedia, we don’t need your version.

Do what Wikipedia can’t. Find compelling angles on the tried-and-true. Be subjective and opinionated. Have a personality. Be interesting.

And if you’re the most boring person you’ve ever met, make fun of yourself for that.

Speaking of being boring …

Figure out what you’re so scared of

Most boring people have a really scary story they could tell.

If you’re writing and writing and you can’t capture attention, the awful truth is that your content is probably boring. But that’s not the last word on the subject.

No toddler is boring. Maddening, annoying, headache-inducing, sure. But they’re not boring. Humans just aren’t wired to be boring.

You used to be complicated and fascinating. Something made you boring.

Somewhere along the line, you got punished for being interesting. You got ridiculed for being yourself. You got your hands slapped for coloring outside the lines, and you promised yourself you wouldn’t expose yourself to that again.

You might even have had something really heartbreaking happen. Something that stole your spark before you ever really got to share it.

Oprah, if she had never found the courage to tell her harrowing story of triumph over crushing adversity, would have been another Sally Jessy Raphael. A competent performer. A hard worker. Pretty successful.

But not a game-changer. Not a billionaire.

If you’re boring, it’s because you’re scared and you’re hiding your best stuff. Getting un-scared is the hardest thing you’ll ever do, but since you need to do it anyway in order to have a great life, you might as well get started now.

Did your blog go through Invisible Content Syndrome? How long did it take you to break out? Or are you still stuck there now?

Leave a comment and let us know your favorite techniques for getting visible again.

About the Author: Sonia Simone is CMO of Copyblogger Media and founder of Remarkable Communication. Make yourself visible by hanging out with her on twitter.

Need more advice for beating Invisible Content Syndrome and the Boring Blog Blues? Subscribe to our free newsletter, Internet Marketing for Smart People. It kicks off with a 20-part series on how to be scintillatingly successful, whatever your content goals.