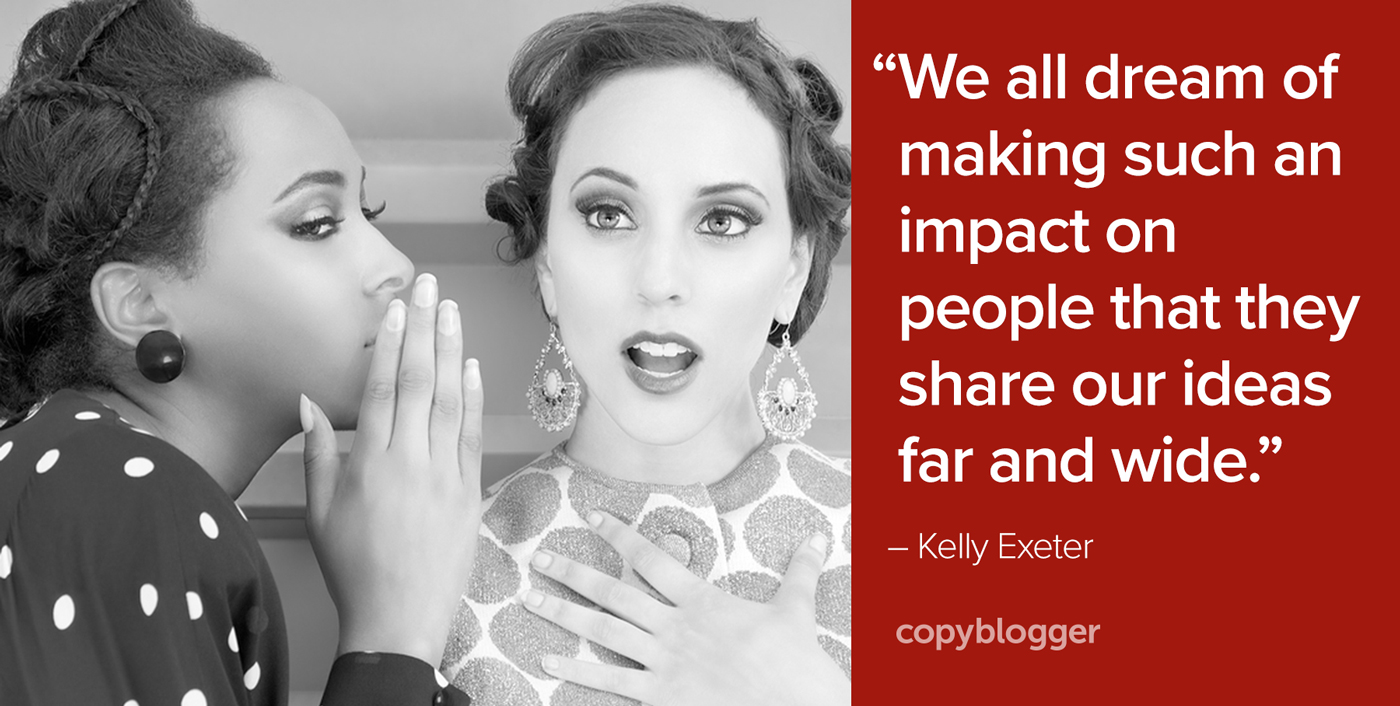 It’s taken you more than 10 hours to write a blog post.

You’ve researched the topic to the nth degree. You’ve edited it to within an inch of its life.

Now it’s time to get it out into the world!

You excitedly press Publish, and … even days later … crickets.

We all like to think that the amount of effort we invest in creating a piece of content directly correlates to how deeply it resonates with readers. But, experience has repeatedly shown this is not the case.

So, what’s the deciding factor if it’s not effort?

Yes, the factors above do play a part. But, more often than not, it comes down to these two elements:

So, how do we write both a strong hook and a strong idea? That’s what I’m going to break down for you today.

A hook is a narrative technique that operates exactly as it sounds.

It’s information so interesting that it hooks the reader’s attention, and they feel compelled to see what comes next. So, they keep reading.

The hook works in tandem with the headline; the headline delivers the reader to the first lines of an article, and then the hook in those first few lines launches the reader deeper into the piece of content.

The dictionary definition of an “idea” is:

“A thought or suggestion as to a possible course of action.”

That neatly sums up what we’re trying to do when we write anything. We want to share a thought, make a suggestion and/or inspire people to take a certain action.

Why is your content’s idea so crucial?

Because your idea drives the payoff the reader will get from continuing to read your article.

That payoff can be:

The idea forms the backbone of your article that leads to a positive outcome for both you and your readers.

We all dream of making such an impact on people that they share our ideas far and wide.

If the people reading your words aren’t inspired to share them with their friends, there’s a ceiling on the number of people you can reach.

Where things can go wrong for your idea

It might be easy to think of an idea for a piece of content, but when we actually sit down to write:

In both of these situations, if we publish that content, the reader may be left feeling either bewildered or cheated at the end. Not ideal.

How do you get super clear on your idea?

My favorite technique is to initially write a very literal headline.

Because it forces you to identify the exact promise you’re making to the reader.

If you can’t identify your promise, then you’re not going to be able to deliver a payoff.

Once you’ve written your literal headline and confirmed you know the exact idea you want to communicate, you’ll use that to:

Here are three examples of literal headlines that sum up the article’s payoff.

When you click through to each of the posts above, you’ll see the actual headline is different from the literal headline I’ve identified.

That’s because your headline needs to hook the reader’s interest without giving away the payoff. If you deliver the payoff in the headline, there’s generally no need for someone to read the whole article.

Struggling to write a literal headline? That means you don’t have a good handle on the idea you’re trying to communicate.

Here are three examples of categories that can help you craft a strong idea … and then we’ll get into writing your hook.

This is where you take conventional wisdom and turn it upside down.

We all know a balanced diet made up of a variety of foods is ideal, so when someone tells us they ate nothing but potatoes for a year and lost a large amount of weight along the way, that gets our attention.

Telling people “If you’re organized, your life will be so much easier” is yawn-worthy. Everyone knows that.

Showing them the way you organize your life so that they can learn your tips? That’s far more powerful.

When everyone’s telling us not to do a certain thing, having someone tell us we should is incredibly refreshing.

It’s also the kind of thing we tend to share because it’s “ammunition” that justifies our choice to take a path less travelled.

How to write a great hook

One of the most common things I do as an editor is delete the first two paragraphs of articles sent to me.

Introductions are difficult to write, but:

If you’ve written 400+ words of an introduction, there’s a solid chance there’s a decent hook sitting somewhere around the 200-word mark.

Remember, your hook doesn’t need to be the most interesting thing anyone’s ever read; it just needs to be interesting enough to keep the person reading.

Here are five of my favorite hook techniques, with examples:

Humans are drawn to questions for a few reasons. One reason is that we’re inherently competitive.

When someone asks us a question, we’re compelled to first answer it and then find out if our answer is correct. If you don’t have an answer to a question, but someone suggests they do, that’s an even stronger hook.

Here’s an example of Sonia Simone leveraging this:

Headline: The #1 Conversion Killer in Your Copy (and How to Beat It)

Hook: What makes people almost buy? What makes them get most of the way there and then drop out of your shopping cart at the last second?

If you have a website with a shopping cart, I defy you to stop reading the article after those first two lines.

Hook #2: Focus on the reader

This is probably the easiest hook to create. By using the words “You,” “You’re” or “Your” in your introduction, you directly address the reader.

Take this example from Alexandra Franzen:

Headline: This one’s for you

Hook: Your inbox is full of ego-rattling rejection emails, but you’re emailing 10 more literary agents today. … Your podcast has exactly three fans (and two are your parents), but you’re posting a new episode every single week, nonetheless.

The reason this hook works so well is because the reader now feels they’re part of the article’s story. This creates a strong need to know how that story ends.

Who likes listening in on other people’s conversations?

We all do. We can’t help it. When an article starts with dialogue, we’re quickly hooked because we’re getting all the pleasure of eavesdropping, without the guilt.

Here’s an example from Jerod Morris:

Headline: Why Your Greatest Asset May Be Slowly Eroding (and How You Can Rebuild It)

Hook: “Why are we sending this email to this list again?” Kim asked. I was incredulous. “Umm, because we never sent it a first time,” I thought to myself. Still, before responding, I decided to check. Glad I did.

This hook combines both spoken and inner dialogue. The latter of which is next-level intriguing because it gives the reader access to the writer’s inner thoughts.

Why was Jerod “glad he checked?” We have to know.

This is where a writer makes a “big call” — usually in both their headline and their opening line. It’s effective because it makes people think, “Really? What have you got to back that up?”

Headline: Living up to your potential is BS

Hook: The idea that we somehow have a certain amount of potential that we must live up to is a complete crock.

The reason this hook is so effective is because it captures the attention of people from both sides of the argument.

People who agree with the sentiment want to find out why they’re “right” in thinking so. People who disagree? They read on because they want to rebut.

Big statements are not for the faint-hearted. If you don’t want to engage in robust conversation about the ideas you’ve expressed in a post, stay away from this one.

If you present information in a story format, people immediately pay attention. Using a story as a hook, however, is a pro skill.

You can’t kick off with just any story; it has to be relevant. For an ongoing master class in this technique, simply follow Bernadette Jiwa.

Here’s a recent example from her blog:

Headline: The Unchanging Nature Of Business

Hook: It’s a cool November day in 2014, and a young couple pause on a suburban street to snap a selfie with an iPhone 5C.

Why does the above statement hook you? Because you want to discover the link between the headline and a young couple taking a selfie.

I’ve covered a bit of ground, so let’s touch on the key points again.

Where to go from here?

A simple exercise I urge you to do regularly is: pay attention to the articles that you read all the way to the end and share.

Study them by identifying:

When you understand the writing techniques that work well on you, you can use them in your own writing to ensure that if you put a lot of time and energy into creating a piece of content, then it will get the attention it deserves.

Previous article: Transform Your Content from Predictable to Provocative with This Bold Method
Next article: Sherlock Holmes and Mastery of the Craft of Writing