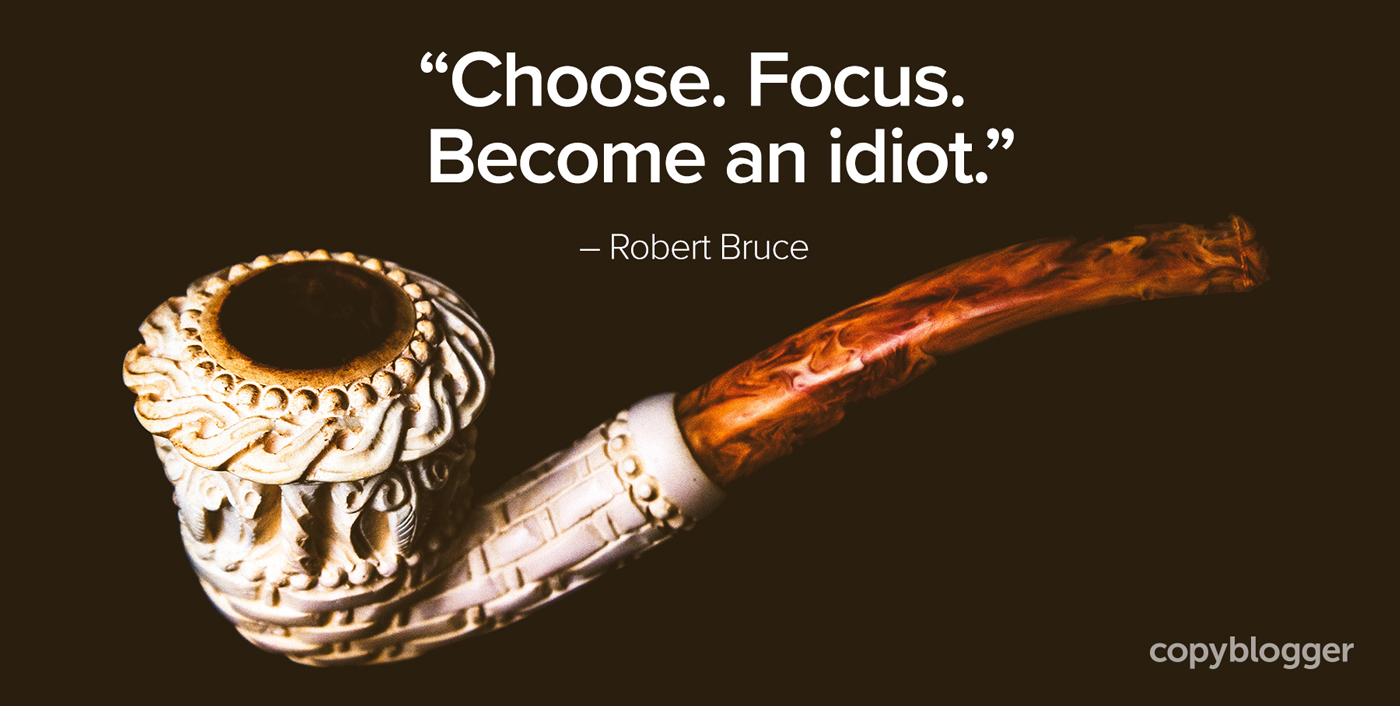 Sherlock Holmes was the greatest Consulting Detective in the world.

Though merely a fiction — written over a century ago by Sir Arthur Conan Doyle — his methods of logical deduction are without equal.

Holmes’s mastery of his craft brought him to the fog-cloaked London doorsteps of the most powerful people of his time.

Correction: he was so good, those clients came to him.

They ran, desperate, to his Baker Street rooms, begging for his help, willing to pay any amount of money for his services.

What can Sherlock Holmes teach us about the craft of writing?

I’ll let you find the wealth of anecdote, advice, and adventure in Conan Doyle’s stories for yourself, but here’s a short list on Holmesian mastery to get you started …

When you watch or listen to an interview with a brilliant and successful writer, something happens deep down in your gut.

Some part of you thinks something like, “Ah yes, listen to her. Her fate was sealed from birth. Some are chosen to create brilliant work, and the rest of us are screwed.”

What you conveniently dismiss from such interviews — if they’re included at all — are the stories of the hours, days, weeks, months, and years of silent practice that the writer has put in.

Somewhere, back there, a decision was made.

On a particular day, at a particular hour, that writer had said, “This is the thing I will dedicate my working life to.”

Sometimes — as in Holmes’s case — there are obvious hints regarding what that “thing” is. Most times, there are none.

The first step on the road to mastery is making a conscious decision about what you will decide to master.

Do not wait for it. Decide.

Our society tells us from youth that we should become “well-rounded” individuals.

If you want to master your craft, ignore that advice.

Sherlock Holmes focused intensely on a narrow set of criminological skills and subjects that ultimately made him an incomparable detective.

He studied specific disciplines within botany and chemistry — only to the point that they served his needs as a detective.

He learned the science of cryptography in order to swiftly crack the codes of master criminal communication.

He became competent enough in human anatomy to forge the early stages of what would become actual forensic analysis in murder investigations.

He would lie down napping, smoking, and thinking for hours about one minute aspect of a case, not moving until an idea — and sometimes a complete solution — came to him.

Think deeply about the core demands of your craft.

What is needed to advance in mastery of it?

What can be ignored as mere distraction?

Our fictional detective’s methods are studied even now by very real, working detectives everywhere, because he had the discipline to stay within the arena of his expertise.

Note: For those familiar with Holmes’s methods … No, I am not advocating the use of morphine and/or cocaine.

Idiocy is the other side of the coin of mastery.

In order to focus your working life on mastering a craft, you’ve got to rule out a lot of the trivia that takes up so much time.

Sherlock Holmes could determine what part of the city you’d been recently walking through, from a quick glance at the type of mud on your boot.

He was a (subjectively) horrible violin player.

Within moments of meeting, he could tell you where you were born, what you’d eaten for lunch, if your brother was an alcoholic, and if you’d served in the war (and where).

He knew nothing about current events or the politics of his day.

He could seemingly predict the future, arriving at correct conclusions that left witnesses believing he was an other-worldly being.

He was utterly oblivious to the basic astronomical patterns of the stars and planets.

Holmes accomplished his amazing ability to see the obvious by … becoming an idiot.

Holmes’s greatness — and ours — is largely defined by what we do not know.

He had one driving professional goal — to engage and best the greatest (and lowest) criminals in the world. He shut out the rest, and he did not care if anyone regarded him as less than “well-rounded.”

All of his considerable mental power was directed at the “elementary” practice of deduction and the few peripheral disciplines that supported it.

Distraction pulls us in all directions

The boredom of repetition drives us to other interests. The pressures of culture make us worry we are missing out on something “important” if we dedicate ourselves to our pursuit of mastery.

If you want to master writing, you are giving up running the 800 meters in the Olympic Games.

If you want to master the cello, you are giving up the ability to talk about what’s good on television these days.

If you want to master anything, you must become an idiot about nearly everything else.

Oddly, you must become an idiot in order to become a genius.

This path of mastery is not for everyone, but I believe it is one of the great callings and joys this life has to offer.

You’ll never get all the way there … nobody does.

There is only so much time in one day, only so many days in one life.

As our immortal Victorian detective (and the extraordinary man who wrote him into existence) has shown, mastery is one way to truly change the world.

Previous article: Two Vital Elements that Might Be Missing from Your Content (and Precisely Where to Add Them)
Next article: How to Craft Timelessly Powerful Stories with Freaks, Cheats, and Familiars