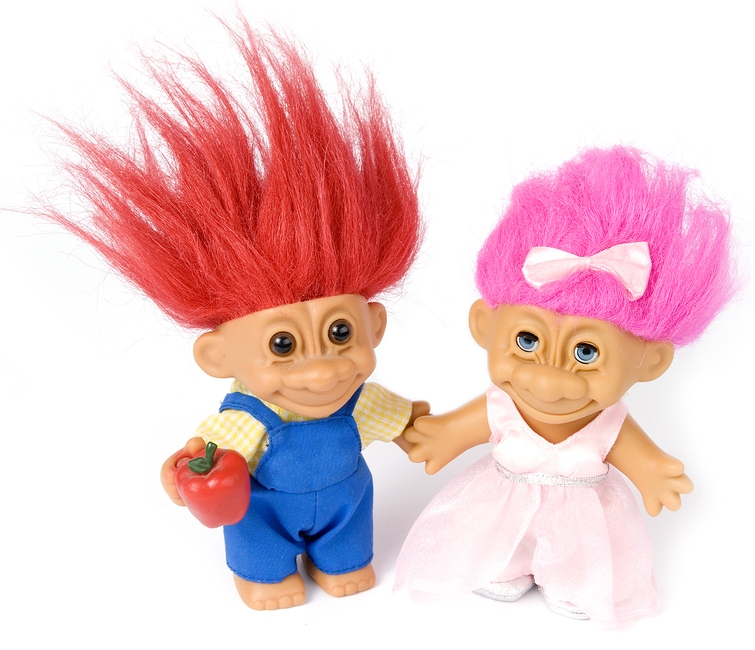 If you’ve seen our thoughts on authority, you know about the benefits of developing yourself as a credible authority online. Respect, trust, business success, traffic, links. All the good stuff we want.

But there’s a downside.

Whether your blog is large or small, you’ve dealt with these unpleasant creatures. The ones who, for whatever reason, get their enjoyment out of what they can knock down, rather than what they can build.

They’re the plague of anyone who creates something good online, and today we’ll talk about how to manage that unlovely creature: the troll.

How to spot a troll

We’re not talking about the scary voice in your customer’s ear that keeps him from buying — that’s a different flavor of troll.

In Internet slang, a troll is someone who posts controversial, inflammatory, irrelevant or off-topic messages in an online community, such as an online discussion forum, chat room or blog, with the primary intent of provoking other users into an emotional or disciplinary response or of otherwise disrupting normal on-topic discussion.

The most harmless are essentially annoying kids, making poop jokes to get attention. The uglier kind are those who make themselves feel less puny by taking a bite out of your ankle. Tall poppy syndrome is alive and well on the web.

Just realize it’s the nature of the Web. Move decisively, consider the source, and try not to let it bother you. Trust me, I know that’s easier said than done.

Whether you have a blog, a forum, or a membership site, don’t let others trash it. It’s not fair to what you’ve built, but much more important, it’s not fair to other users.

Who gets to decide what’s over the line? You do. You can create a formal code of conduct or comment policy (always a good idea) or go with your gut, but don’t be afraid to step in and put an end to bad behavior.

No matter what policies you put in place, you’ll have those who try to obey the letter of the law while violating the spirit. Trolls love loopholes. Stay firm and listen to your gut. If your instincts tell you this is a troll trying to yank your chain, you’re probably right.

You may choose to allow a few potshots directed at you. Depending on the situation, that can show strength and confidence on your part.

But it’s never a good idea to let a user attack another community member. The argument will escalate at sickening speed, with users dividing into armed camps and going to war. The experience sours pretty quickly for everyone.

This is an old Usenet acronym, standing for “Do not feed the troll.”

A troll loves attention more than anything else. That’s her payoff for coming onto your site and stinking the place up.

Never reward a troll. Delete her comments as soon as you see them. If you think the person is going to be a persistent problem, block her from posting.

Do not give her any attention whatsoever. The game is no fun if the troll can’t get you to rise to the bait.

It can be really hard to avoid the temptation to defend yourself. Trolls are fantastic at pushing buttons and getting a reaction. They hone their skills over months and sometimes, in truly pathetic cases, years. It’s tempting to think that you can make a reasonable argument to convince the troll of the error of her ways, but trolls don’t work that way.

How about constructive criticism?

Does this mean that you should delete anything negative that shows up in your comments or forum?

Not at all. Truly constructive criticism is usually easy to spot. It’s respectful. It allows for the other person’s opinion, even if strongly disagreeing with it. It assumes good faith on the part of everyone in the discussion.

Every community seems to have its devil’s advocate, who makes a point of criticizing everything and everyone “for the sake of discussion.” Whether or not this person contributes value to your community is your decision to make. Your gut will tell you if the person is adding value or just poking sticks in beehives.

When the troll’s not on your site

Sometimes the troll doesn’t have the guts to kick you on your own site (or has been tossed off for bad behavior), and will either post garbage on their own blog or, more often, spread the slime in comments on other sites.

You have two options. The wisest is often to remember DNFTT. Usually, one of your true fans will show up to defend your honor.

Another option that can be satisfying is to show up and make a mild, pleasant comment. This shows the troll that yes, you’ve seen the behavior, but it’s not bothering you. This is unlikely to affect the troll much one way or the other, but I’ve seen it spark a tiny sense of decency in the crowd of gawkers gathered around.

It’s very important to never link to a troll, whether the person is trashing you or someone else. Links are attention, and attention is troll food. DNFTT.

The openness of the Internet can be an amazing strength. But all you have to do is read a few comments on YouTube or FAIL Blog to realize that at a certain point, “openness” can become an open sewer.

Sometimes the answer is to get in off the street. It’s healthy and good to have public spaces, but you may well find that real connection, conversation and community are better fostered by providing a private, members-only spot for more serious discussions. It’s amazing what even a small monthly fee will do to keep the conversation civilized.

If you’re going to create online authority, you’ll need to accept the responsibilities and not just the privileges. Cleaning out the messes made by trolls is an unpleasant maintenance task, but an important one.

Remember the troll-wrangler’s mantra: Don’t talk to the trash, just take it out.

Previous article: Here’s Where Brian is Speaking in the Coming Months
Next article: 5 Sure-Fire Sources for Headline Inspiration