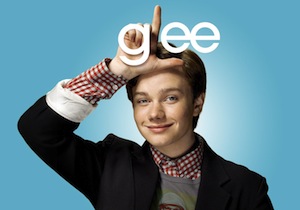 If your memories of high school involve wedgies, broken hearts, and getting stuffed into your locker, you probably love Glee.

Over its first two seasons, the show has also attracted millions of obsessive fans from all over the world.

Glee fans, or “Gleeks,” follow the moves of their favorite show with a passion once reserved for Cabbage Patch Kids or the Toyota Prius.

What is Glee’s secret formula for creating crazed fans who would rather die than miss an episode of the show?

And how can you use Glee’s techniques to market your business and turn your listless readers into raving groupies?

Here are a few ideas …

Harness the power of the underdog

The Glee kids are the underdogs at McKinley High.

They constantly have to battle not only the school’s evil cheerleading coach, Sue Sylvester, but vicious classmates who taunt them in the halls and throw Slushies in their faces.

We cheer for these underdogs.

We want them to succeed, to show the world how truly talented they are. We want those bullying football players to see the light and drop the 7-11 cups.

Having someone to cheer for is essential.

If your customers can’t get behind you and support you, you’ll never turn them into raving fans. Show them what you’re up against — whether it’s battling writers block, standing up for mom-and-pop stores in a hostile corporate culture, or even stretching yourself to do something that scares you.

Show your audience what you’re fighting for. Share your biggest obstacles, even if those roadblocks are intangible, like fear of success or struggles with technology.

Once your customers know what you’re fighting for (and fighting against) they can rally behind you and become your biggest fans.

The kids of McKinley High may be underdogs, but they can sing.

They sing, they dance, they twirl, they shine. And when they perform, they put their hearts and souls into it.

Want to be like Glee? Be really, really good at what you do.

Social media is full of quirky people who aren’t very good at their jobs. The underdog and quirk factors only work if you have something remarkable to offer.

Put your absolute best writing on your site. Craft those autoresponder messages so they’re impressively well written and amazingly useful to your prospects, every single time. Make sure your products and services are remarkable and fan-worthy. Create an atmosphere of excellence.

Put your absolute best effort into every detail of your business. Remember that when you’re online, people are watching, so show ’em your best side every day. Your customer will learn to expect the best from you every time you put something out in the world.

When they expect greatness and you give it to them consistently, they’ll become loyal. And loyal fans are the best fans to have.

One of the most popular characters on the show is Kurt Hummel, played by actor Chris Colfer.

Ryan Murphy took a huge risk by casting Colfer in the show. Chris had no previous professional acting experience and was a complete unknown.

Murphy was so impressed with Colfer during his audition that the Glee creator actually wrote the role of Kurt specifically for him. Murphy thought Colfer had something special, and figured out a way to include him in the show.

Murphy listened to his heart, even though it was a risk.

The result of Murphy’s risk? Last year Chris Colfer won a Golden Globe and was nominated for an Emmy for his brilliant portrayal. Kurt has become one of the show’s most-beloved and most-talked-about characters.

If you think something needs to be said on your blog, say it. If you want to link to something on Twitter that might be a wee bit controversial? Tweet it. If you feel like going out on a limb and creating a bold new product for your customers, and your heart is telling you it’s the right thing to do, listen to your heart.

Don’t create controversy for its own sake, but don’t be afraid to stand out for doing the right thing either.

Think of Kurt, and be brave.

The characters on Glee are quirky. They’re odd.

In some cases, they’re downright bizarre. And that’s part of the reason we adore them.

Cheerleader Brittney is one of the most unusual kids in the group. Her dry observations have been known to stop lunchroom conversations cold.

Despite some strange looks and the tendency of her McKinley classmates to assume she’s dim-witted, Brittney’s not afraid to be herself. And the more we hear from Brittney and glimpse the world through her oddball observations, the more we cheer for her.

It’s Brittney’s oddness and naïveté, or Rachel’s songs about her headband, or Finn seeing the face of God in his grilled cheese sandwich, that make us love these characters. If they were all perfect, they’d be boring. And we’d be bored watching them.

What characteristics can you share with your customer that might show them a surprising new side of you?

Can you tell them you love show tunes?

Have visited all seven continents?

Don’t be afraid to show a little personality. Your customers need to know you in order to like and trust you. So make sure they know some of your oddness, too.

Your customer will see your quirkiness as a part of you and will feel connected to you and your business. And then they will adore you and want to put up your Tiger Beat posters on their walls.

Encourage your fans to connect with you

Glee has a vibrant website with regularly updated content, including video sneak peeks, interviews with actors, quizzes, and photos. The site features discussion boards and a weekly Gleek newsletter.

The website even features an iPhone app called “Tap Tap Glee” for fans who want to go mobile with their McKinley spirit.

In social media circles, Gleeks are invited to participate in the Glee conversation in a myriad of ways, including:

By creating an online presence that gives fans scores of ways to interact with the makers of Glee and their fellow fans, they provide an extraordinary supplement to the experience of watching Glee at home.

They offer Gleeks the opportunity to talk about their favorite things — reliving this week’s show, and speculating on possibilities for the next episode.

Have you given your customers places to connect with you via social media?

Do you give them news, interviews, and fun behind-the-scenes previews of what you’re up to next? If you’re not, you’re missing a fantastic opportunity to turn your regular customers into crazy screaming fans.

Give them a place to show the love.

Your turn in the spotlight …

During sixty minutes of show tunes and Journey covers, Glee somehow pulls off a magic act.

It shows the world a bizarre, ragtag group of high school performers and manages to give each of us someone with whom we can relate. And while we’re relating to these kids, they touch our hearts and make us smile.

So whether you identify with Kurt, Mercedes, Artie, Rachel, or Finn, there is something in the Glee formula that can help you transform your business into an organization that people follow with fanatical loyalty.

Best way to get started? Stand up and sing it, people.

The stage is yours.

About the Author: Beth Hayden helps business owners make more money by helping them create fabulous websites, blogs, and social media campaigns. Get her best tips for achieving blogging nirvana by downloading her free report, From Blah to Hurrah: 25 Ways to Make Your Blog Bigger, Better and More Profitable.

Previous article: 4 Simple Steps to a Facebook Timeline that Tells Your Marketing Story
Next article: Answers to the 3 Biggest Email Marketing Questions We Get