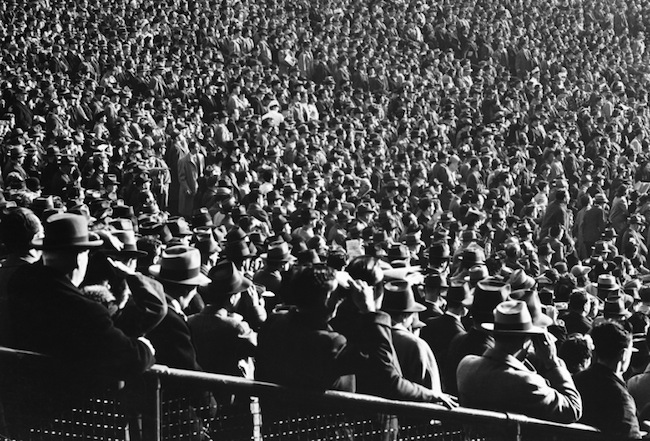 There’s been a fevered interest in the art of storytelling among the business crowd the last few years.

The masters and the hacks alike are thumping from every available pulpit that storytelling is the most powerful device on earth in regard to human influence.

We are told that story — applied to salesmanship, preaching, advertising, conversation, marketing, songwriting, and blogging — contains the power to deliver the world to the deft storyteller’s door.

This is correct. The writer runs this show.

But what is a well-told story? How do we know we’re getting down to the true thing?

Libraries are filled with books on the craft. You can (and should) read everything from Aristotle to McKee to get your chops. Today — however — let’s get into a simple note or two from the pen of a contemporary legend.

David Mamet, America’s greatest living playwright, has forgotten more about all this than you or I will probably ever know.

A few years ago, a memo surfaced, written by Mamet to the clan of writers working on his then television show, The Unit. This little “memo,” as Movieline states, is actually more a master class in writing and storytelling.

Let’s let Mamet take us to school, shall we?

50,000 people were waiting. Untold thousands would watch online in the hours and days ahead.

He walked onto the dark stage in faded jeans and running shoes at 10 am sharp. In his right hand was a simple clicker that moved the images behind him as he spoke.

For two hours, the audience laughed, roared, and gasped as the unassuming everyman showed them exactly what they wanted. And then gave it to them, in spades.

Steve Jobs ran one of the greatest theater companies on earth.

Who cares about drama? I’m in business

“If the scene bores you when you read it, rest assured it will bore the actors, and will, then, bore the audience, and we’re all going to be back in the breadline.” – David Mamet

Read Mamet’s first quote again, about what the audience will or will not tune in to watch (or read, or listen to).

The Information Age is coming to a close. It is crumbling around the ancient foundation of the human desperation for meaningful story, unadorned truth, and compelling drama that holds a mirror to life.

Information is simultaneously too much and not enough. Information is impotent to reach the hearts and minds of those who want to run with your idea, product, or service.

Story, on the other hand, is virile, rare, unforgettable. And when well-crafted, more true than the mere statement of plain facts.

This world is far too noisy to care about your mediocre information (as if it ever did). You, me, Mamet … we all eat or starve in direct proportion to how good — and utterly truthful — a story we tell.

How do you build an audience with story? It’s about media not marketing, baby.

Previous article: Here’s How Jon Morrow Writes
Next article: Why You Can’t Resist Persuasive Techniques (Even When You Spot Them)