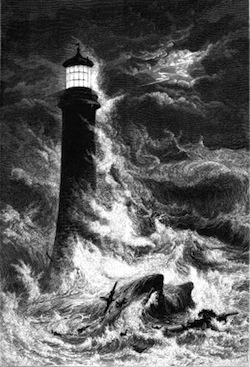 I used to think that successful people had it all figured out.

If they wanted to make something happen, they knew exactly what to do.

If they created a new product, it would be instantly popular and profitable.

Had they attained some kind of career Nirvana, a place in which they didn’t need to struggle and worry and fail anymore?

It’s a pretty nice story, this notion that success puts an end to fear and uncertainty.

The truth about insecurity

You know those freak-outs you have about whether your new venture will fly, whether you’ll make enough money next month, and how people will judge your latest blog post?

You know how sometimes you can’t sleep because you’re not sure about your retirement, or are nervous that Customer X will demand a refund?

You know, those fears that people will decide that you’re a phony?

Those thoughts that you won’t be able to do that big thing that’s on the horizon?

Well, get used to those fears, because they’re never going to go away.

I’ve met enough of the stars in this field to know that “the ultra-confident and never uncertain successful person” is about as realistic as the tooth fairy.

No one has it all figured out

Not one of the people you look up to is confident all the time. They don’t confer upon themselves the same degree of “expert status” that the public has conferred upon them. They don’t feel they’re infallible.

All of them put their pants on one leg at a time, head to their work spaces, and proceed to worry about most of the same things as every other human being.

The difference between people who do big things and those who have the same ideas but do nothing is not that successful people are more capable or fearless.

The difference is that successful people feel the uncertainty, and they freak out a little (or a lot) about how what they’re about to do could fail, or make them look stupid, or invite ridicule, or kill their profits for the month.

Then, they do it anyway

Don’t fear uncertainty. Use it. Master it.

If you can make uncertainty your ally and your friend, a world of amazing things awaits you.

How to become a master of uncertainty

Tony Robbins has a catch phrase that he says all the time: “The quality of your life is in direct proportion to the amount of uncertainty you can comfortably live with.”

Uncertainty is going to crop up anyway, wouldn’t it be nice to find a way to comfortably live with more of it?

Here are six ways you can make that happen:

Certainty is a cage.

Sure, we all like that warm feeling that comes from knowing where we are and what’s coming next, but that’s not the way life is meant to be lived 24/7.

We are meant to grow and become more as people, and growth is always, always, always preceded by something novel and uncomfortable. You cannot evolve without new and challenging experiences.

Uncertainty is your friend, because without it, you’ll stagnate, and you’ll begin to die a little at a time.

The knee-jerk reaction to uncertainty is fear.

If you’re fearful about money, that fear comes from an uncertainty as to whether or not you’ll have enough money.

If you’re afraid of your business failing, what that really means is that you don’t know whether what you’re doing will work or if it’ll fail.

Even a fear of the dark is just a reaction to being unsure about what might be in the dark, rather than a certainty that a particularly scary thing is lurking in it. But even though uncertainty often brings fear, uncertainty is not the same as fear.

Make sure you see the difference.

3. Acknowledge fear, and hear what it is trying to tell you

Look your fear square in the eye.

Don’t try to pretend you’re not afraid, because as psychiatrist rockstar Carl Jung told us, “What we resist persists.”

Fear is not bad. It’s here to warn you. It’s saying, “This might happen, so plan accordingly.” But — and this is key — make sure you don’t believe fear knows more than it does about the future.

It’s making a guess, not assuring you that something bad will happen. Prepare, and do your best to mitigate any potential peril. Then try hard to let fear go.

Once you’ve heard the message and have prepared as much as you’re able, don’t let it keep screaming in your ear, repeating its prophecies of doom.

Action is the antidote to fear.

If you’re uncertain and afraid, the worst thing you can do is to simply wait to see what happens.

Do something. Do anything.

Remember how I said that uncertainty and fear are the keys to growth? Well, this step is where it happens. Don’t just experience fear. Use your fear.

Chuck D. from Public Enemy said, “When I get mad, I put it down on a pad — give you something that you never had.” He doesn’t just get angry; he gets angry and uses that anger to write lyrics. Fear works the same way.

It can cripple you, or it can inspire you to do something awesome, even if that awesome thing just feels like a way to escape fear at the time you do it.

Think that brave people are fearless, and are able to do the things they do because they aren’t afraid of doing them?

Doing what’s not frightening isn’t bravery; it’s rational, everyday decision-making. People who have courage are those who feel uncertain and afraid but proceed anyway.

Mark Twain said, “Courage is resistance to fear, mastery of fear — not absence of fear.” Don’t think you’re doing it wrong if you still have fear. Fear is normal.

Proceeding in the face of that fear is the courage you need in order to grow and to become more.

What fear did for me

Personally, I’ve felt a lot of fear, and I’m glad for it. Fear is the reason I’ve been able to build the life I have today, which is honestly pretty amazing.

If a serious financial crash hadn’t scared the pants off of me a few years ago, I never would have tried blogging.

If I hadn’t seen enough uncertain situations, I would never have realized that there is no spoon.

Without uncertainty and fear, I never would have figured out that (overly woo-woo or not) things really do seem to happen for a reason.

If you’re often unsure how things are going to turn out and if that really scares you, then I say: Awesome.

I say: You’re on the right track.

If you face your fears, track them down, and then find a way to use them the way Muad’Dib faced and then rode the big scary sandworms in the sci-fi classic Dune, then congratulations, you really do have it all figured out — you’ve figured out that the key to a great life is being okay with not having it figured out at all.

You’ve found the wisdom in uncertainty. You’ve realized that the key to being amazing is doing the things that frighten you.

Keep it up. Deal with your fears about uncertainty, but forge on in spite of them.

I’d close by saying to not be afraid, but that would kind of be missing the point.

About the Author: Johnny B. Truant is a writer and reluctant lover of fear. You can sign up for his free series on how to start making more money with your own writing here.

Previous article: The Art of Seductive Writing: A Conversation with Robert Greene
Next article: 8 More Habits of Highly Effective Bloggers