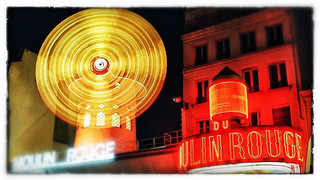 All that stuff you’re publishing … all those blog posts and videos and podcasts and white papers … it’s not getting you anywhere, is it?

You thought it would. People told you to get busy online, to say what you think, to publish lots of content, because if you do, people will find you and love you and support you and everything will be perfect, forever and ever and ever.

But it was a lie. Not totally, no, because publishing great content is crucial. But there were a few critical pieces missing.

What? Nobody told you that?

Bummer. Because really, those are three of the most important things you need to know about creating content that works online.

Might as well talk about it now and get it out of the way.

Your readers are self-absorbed little punks

They don’t mean to be, but they are.

They’re busy and stressed and searching the web for ways to just escape. They don’t want to learn anything when they’re in escape mode. They just want to feel something other than boredom or fear or inadequacy.

So all that content you created to teach them something?

Yeah, they look at it for a few seconds, discover it requires actual thought (the horror!), and start hunting for the Back button.

That affiliate review for the supercool product you really do believe in and would happily sell without a commission?

Eww. You’re just another one of those evil con artists trying to scam them out of their money.

I know, it’s not fair. You deserve better.

But it’s the truth.

The sooner you accept it, the sooner you can get past it. Because hiding underneath all that self-absorbed punkishness is a person who desperately needs you and will love you until the day they die — if you can actually help them.

And you can help them. You just have to know how to grab their attention first. So let’s talk about that.

That’s a really important point, so let me say it again in all capital letters:

It’s Rule #1. Violate it, and you don’t pass Go, don’t collect $200, proceed directly to jail and rot there for eternity.

Is that an exaggeration?

Sure, maybe a little.

Could I have found a more polite and still accurate way to say it?

But it doesn’t matter. Here’s why:

You can make almost any mistake, and people will forgive you if you’re interesting. Yes, you’ll get the occasional member of The Righteous Minority for Moral Authority who hates everyone and everything, but you can safely ignore those folks.

Everyone else will thank you for keeping them awake.

Is offending people the only way to be interesting?

It’s just one way, among many. You can find a whole collection of ways here.

Personally, I find hyperbole and brutal honesty to be an effective way of reaching people. If you don’t believe me, watch pretty much any comedian.

But it’s not a requirement by any means.

Here at Copyblogger, the majority of the popular posts aren’t offensive at all. (Just mine. ;)) Scroll through that list at your right and you’ll see that virtually all the most popular posts cover topics our readers are totally obsessed with. (Topics like creativity and grammar and writing tips.) Posts on those topics have a big head start on becoming popular.

The most important word in the above paragraph: Obsessed.

If you want people to give a rat’s fart about your content, first you have to understand their obsessions.

But it’s also the thing most bloggers suck at more than anything else. Yes, that includes you.

To prove it to you, here’s a little experiment:

You know those crybabies who whine all the time and drain you of all your energy and make you lose all faith in the human race?

You probably know several. All of us do.

The next time they’re whining at you, force yourself to NOT react.

Don’t judge them. Don’t think about what they’re saying. Don’t fantasize about punching them in the face. (I know you’re tempted.)

Instead, listen very closely, and then reply like this:

You mean (insert paraphrase of their complaint)?

If you do it correctly, they’ll say, “Yes! Exactly!” Any other response, and you fail the experiment.

Crybaby: I’m writing all this stuff, but nobody is commenting, nobody is tweeting, nobody is linking to me. I’m doing everything it tells me to do, but none of it is working, and I just can’t figure out why!

Me: So you mean, you feel like you’re invisible?

Well, here’s how the experiment applies to creating awesome content …

The secret to grabbing anyone’s attention

Listen to your audience’s complaints, and then repeat the complaints back to them in a pithy way that proves you understand them perfectly.

Just pure empathy … at least in the beginning.

As you master this technique, you can eventually weave it into stories and advice and opinion without anyone realizing what you’re doing. But for now, just transform yourself into a slightly more clever version of a talking parrot. Nothing more.

If you do it right, and you get the “Yes! Exactly!” response, you’ll have an instant connection with the person. They’ll be tuned into you like nobody’s business. Here’s why:

We’re all searching for someone who “gets” us. If we happen to come across one of these precious people, we pay more attention to them than anyone else in our lives.

Unfortunately, the reverse is also true.

If people don’t feel like you “get” them, they don’t care what you think. It doesn’t matter how brilliant, eloquent, or hard-working you are. Even a great headline won’t save you. They’re not listening.

And then teach them, persuade them, entice them, or whatever you want to do.

Talk about stuff they’re obsessed about.

Notice I didn’t say “interested in.” If you want your audience to swoon at your content and immediately begin making up little love poems about you, being merely interesting is no longer enough.

You have to be irresistible. Like a seven-layer fudge cake to a chocoholic.

And the easiest way to achieve that?

Connect yourself to their existing obsessions. Using your superduper empathy skills developed in the last exercise, make a list of the things your audience is obsessed about. Then resolve to write about nothing else.

Do that, and you won’t have to fight for attention.

Do that, and you’ll certainly never be boring.

Do that, and you can finally start getting the results everyone said you would.