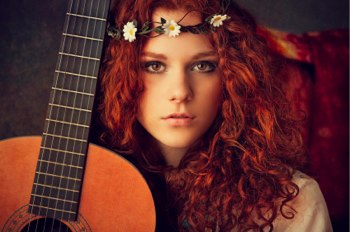 You may have heard the bell tolling for SEO.

If you’ve read articles about this, and believed them, you have my permission to not tell anyone about your foolishness.

Because the “SEO is dead” story is dangerously, laughably wrong.

It gets passed around because there’s a sliver of truth in it — the primitive “black hat” stuff that some amateurish SEOs preach is going away, fast.

Today we’re going back to the future and uncovering the crunchy, sustainable, all-organic SEO that works today, and is going to keep working for the foreseeable future.

The first ingredient of pure organic SEO is links. Fresh, real, relevant links from human beings who dig what you have to say.

I know we say that every week. I know you’re bored with me saying it. I can promise at least one eye-rolling comment today saying you’ve heard this before.

So stop wasting your time leaving cranky blog comments, get to work, and start creating content worth linking to, and we can move on to something else.

I’m still seeing thin, lame, and boring content out there, and listening to site owners wondering why they’re getting smacked in the mouth by Pandas and Penguins.

If you aren’t getting natural links, your content is either boring, you write lousy headlines, or you’re afraid to bang the drum with your social sharing network.

So what do other web publishers want to link to, and share?

All you need is (social sharing) love

Some of the “SEO is dead” nonsense comes from a misunderstanding of how the search engines handle links vs. social sharing.

Links and social sharing (like Tweets and Facebook shares) are both what Google calls “signals” of high-quality content, which is the stuff they want to put at the top of their search pages.

So what gets shared? Well, it’s the content that’s:

How do you know it’s worth reading? If people are reading (and sharing) it.

That means sharing with links, with Google+, with Pinterest, with whatever’s going to be invented 20 minutes from now.

If people find a way to share web content via psychic brain waves, the Google engineers will figure out how to include that as a signal.

Keep making shareable content and you won’t have to make many changes when the platforms come and go.

Spam is unhealthy for children and other living things

We all know what spam in email is — it’s that stuff asking us to make wire transfers to countries where we don’t know anyone, or selling fake pharmaceuticals with a totally free malware bonus.

What the search engines consider “spam” is somewhat similar — it’s thin, flat, stale content that’s just there to pack in a bunch of keywords.

It’s what bad SEOs think is “SEO Copywriting.” (For the sake of reference, here’s what good SEOs do instead.)

It wastes your time, annoys the people you do manage to get in front of, and benefits no one — especially your business.

If you do this now, stop. Start writing for humans only (either customers or second customers). Once it works for people, then you give it a little tweak for the search engines.

Link-buying used to be a part of a lot of effective SEO. Copyblogger has never done it because we’re kinda proud about not paying for lovin’, but a lot of otherwise legitimate sites quietly did.

Google hated it, but they couldn’t really figure out how to stop it.

Guess what. Google is really smart. I know three people who work for Google, and they’re all ridiculously intelligent.

When you’re pitching your SEO strategy against some of the smartest people in the world, you are going to lose.

Don’t buy links. Depending on how subtle your SEO is, it might work today, for a short time. Probably it won’t work at all. And sooner rather than later, it’s going to hurt your site.

So is there any room left for a practice called “SEO”? Is optimization the same thing as spam?

The way I see it, SEO is like doing situps for a nudist. It’s still you, in your 100% natural state, you’re just making things a little more attractive.

Optimization today is about helping the search engine robots figure out the fine points of what you’re talking about. It’s a gentle tweak, not mindlessly stuffing keywords or playing dumb tricks.

This is part four of the Content Connections series

You can read the first three posts here:

Previous article: BECAUSE AWESOME!
Next article: How to Tell the Stories Your Audience Wants to Hear