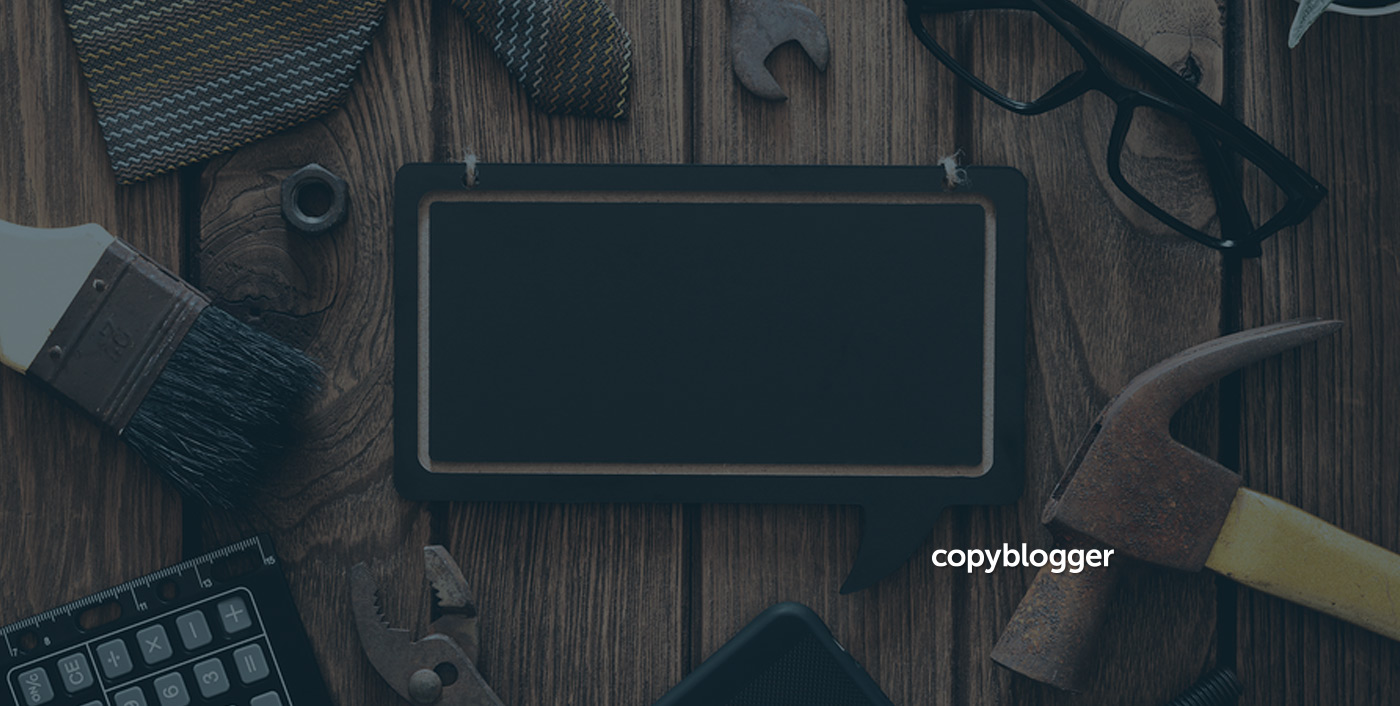 Imagine a fifty-something man in a blue long-sleeve shirt, the cuffs unbuttoned, his knuckles thick and coarse. He’s on the side of the road, quibbling over a stack of used cinder blocks with a merchant.

His brother, my great-uncle, shuffles the dirt with his boots beside the white 1953 Dodge van, the one with a hot 5.2 liter block engine in between the driver and passenger seat — an engine they fetched from the junkyard a few years ago and nursed back to life. A 24-pack of Stag warms on the engine case.

My grandfather was a magnificent man.

Father of twelve, husband to one. A carpenter, electrician, gardener, plumber, water skier, snow skier, welder … the builder of both of his houses, houses he built with recycled material, not paying a penny over value.

And there is something about looking at photographs of him, something otherworldly, marginally divine. Not quite the aura that comes with a photograph of Ernest Hemingway, Kurt Cobain, or Carl Sagan …

But a reverence and awe in its own right.

He was a blue-collar genius.

To say he had an influence on my life would be an understatement. In fact, a good part of how I work — how I get things done — I owe to him. Let me explain.

My grandparents were staunch Roman Catholics. That meant a lot of things, but most visibly it meant they had a large family. Twelve kids to be exact. And it’s something that motivated my grandfather to no end.

Each time my grandmother told him that she was pregnant, he would go out and learn a new trade: how to operate a boiler, roof a house, frame a room, run plumbing, rebuild cars.

You name it, and that former city boy learned it.

For me this has meant to have the guts to discover how to write, negotiate, code, install WordPress, understand SEO, get usability, and so on.

Fortunately, the resources are out there to help you learn: the books, the blogs, the videos. Even hundreds of free online academies that can make you smarter in an afternoon.

2. Boil down your to-do list to two or three items

I can promise you that my grandfather never had a to-do list, the show piece of every productivity wonk worth his salt.

But boy, did he get stuff done.

That lack of complexity meant he knew what he needed to do each and every day. There were few decisions to make about what to work on. Just get up and do it.

The same is true for a writer: write the blog post, work on the book, do the research. Keep it simple and focus on the most important things each day, day in and day out, 365 days a year.

I spent several summers on my grandfather’s farm, painting everything that didn’t move: the goats’ fence, the railroad tie wall, the shutters … with a mix of paint left over from twenty different cans (think padded-room blue).

One summer my cousin and I dug a ditch forty feet long and four feet deep, then laid pipe for a septic line. Granddad picked up the pipe from a residential construction company who couldn’t use it because of a flaw.

Once a week I mowed three acres of grass with a push mower rescued from the side of the road.

No surprise, I lost my appetite for manual labor. What I didn’t lose was that appreciation for hard work … and the ability to be resourceful and recycle material. It was in my blood.

For a content marketer this can mean flipping a podcast into a blog series … or yanking that draft and pulling it into a white paper … or turning your best articles into a content library.

Waste nothing, and maximize everything.

4. Get up early and stay up late

As you can imagine, money was tight for my grandfather. Food was usually bland, clothing was cheap and handed down, and the house was crowded (my youngest uncle often slept in the bathtub or closet).

But they never starved, never went in debt, always had shelter, and always paid their bills on time.

How? My grandfather was a hard worker, honest, but also an early-to-rise and late-to-bed kind of guy. Unless he was sick, he didn’t linger in his bed or the couch. He maximized his awake time and got stuff done.

The lesson for a content creator is this: work when you are at your peak.

5. Watch television on a small screen

As he got older my grandfather naturally started to slow down. To relax he would often watch television.

However, he didn’t splurge watching an Andy Griffith marathon with a 52-inch flat screen with surround sound. He kept to his tiny black-and-white for years when he could easily afford a bigger one. He simply didn’t want the distraction.

In my own life I have tried to maintain this habit. Outside of professional football and Phineas and Ferb, I watch little to no television. I also limit the videos I watch online and the articles I read.

Of course that means I’m a cultural idiot. But that’s how you master the craft.

It goes back to knowing what has to be done — and getting that done before you reward yourself with the distractions of life.

You would think that with how much he worked and the size of his family he would never have time to play. But that is wrong. My grandfather loved to play.

He loved to work hard and play hard.

I must confess, this one is difficult for me because I have a hard time relaxing. And when I do relax, it’s usually behind a book. But when I can get out there and play ball with my boy, jump on the trampoline with the girl, or take a long hike with the little lady … it works wonders on me. It’s rejuvenating.

My grandfather is probably rolling over in his grave as I say this, but I’m a selfish turd — stingy as all get out with my time. Ask me to help you clean up your yard after a thunderstorm has scattered debris everywhere and I’ll go limp.

“Sorry, I’ve got this rare disease where I go blind and can’t use my hands when I’m around a wheelbarrow. Or a chainsaw.”

My grandfather, on the other hand, wouldn’t hesitate to drop what he was doing to fix the AC unit for the widow across town.

I clearly have work to do in this area. But the lesson I learned from him is that when I do go out of my way to help someone, there is an indescribable emotional reward that follows. Whether it’s giving my time to a budding writer or aerating the lawn for a single mother, I learn that life is not about me … it’s about people.

8. Build and belong to a community

My grandfather bought seven acres on the backside of the city in an area teeming with trees and narrow two-lane roads. His plan was to give away an acre to each child who wanted to build a house. At its pinnacle he had six houses on those seven acres. All his children’s.

My grandfather loved family, his community, his tribe. And being part of that tribe is a magnificent privilege.

This is true online, too: when you find a culture and cause you can put your weight behind you feel less alone, you have purpose, and you become more optimistic about the future.

9. Work on a small bit of a large project everyday

Here’s a question for you: when does a man find time to build a house when he has children everywhere and works 14 hours a day?

If it was me, I’m sure I would’ve just paid someone else. But not my grandfather.

It didn’t matter if it was only for 30 minutes, he worked on building his house. Installing a window here, pouring concrete there. Over time a house rose out of the earth. And he did that twice in his own lifetime.

For you, this could mean writing one blog post a week. Over time, an authoritative website will rise out of the Internet.

This holds true for any large project, like writing a book or building a business. Be patient, delay gratification, work on a small chunk every day … and in time you’ll have something majestic.

Perhaps this is less virtue and more survival strategy, but when you work 18 hours a day or more, you look for ways to get your rest. Here’s how granddad did it.

During breaks he would climb to the top of boilers and make a nest out of coats, then take a cat nap. Refreshed, he would return to his shift renewed and sharp.

After a long, humid morning of driving beams into the lake bottom to build a thirty-foot dock, granddad would get some shuteye on a lawn chair, his chin resting into his bare chest. Upon waking he was vigorous and feisty.

I’ve clearly inherited this trait. Around 2:00 p.m., I’m worn out. Circling the same task over and over again. Continuing to work is unproductive. I could boil up another pot of coffee, but I’ve found I’m sharper if I crash for five or ten minutes. After that short nap, I feel human again. And ready to go.

Sleep is essential. Get at least seven hours a day. And if you can, grab that nap. It’ll make you smarter.

My grandfather will never make it into a management book. He won’t appear on a list beside Benjamin Franklin as an efficiency hero. But that doesn’t mean he was any less successful.

He is a patriarch of a large family that I am blessed to be a part of. Every male and female from that family is a hard-working, productive human being. It’s a legacy that goes beyond my grandfather’s seventy years …

And it’s the sort of enduring legacy I wish to create. Not so much with wood, metal, and people. But with words, ideas, and stories. For the benefit of people. And I think that’s something that would make him proud.

What about you? Do you have a blue collar hero in your past?