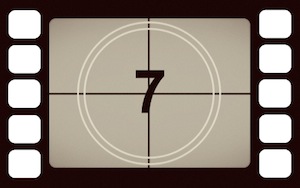 You’ve heard all the advice about how to be more productive. Stay focused, be motivated, get your exercise, floss twice a day and eat your veggies.

We’ve chimed in with our own thoughts on the habits of highly effective bloggers.

And the truth is, I’ve gotten a lot out of productivity advice. If it weren’t for David Allen and Tony Schwartz, my life would consist of eating cupcakes and checking Netflix to see if there’s a new Phineas & Ferb out.

But as a business owner, when you start to see a certain level of success — and to meet other people who have attained some success — you sometimes find the reality of building a business doesn’t always match the pretty pictures painted in productivity manuals.

Today I’m going to talk about 7 “bad” habits that crop up a lot in successful people.

You may not want to actually adopt all of these habits and traits. But if you have one or two (or more) of them, you can probably stop using that as an excuse for not trying to create something epic.

And who knows, we just might convince you to be a little more distractible, greedy, or arrogant.

When you first start a business, everyone and his know-it-all uncle tells you that “you have to develop a thick skin.”

What I’ve observed is that quite often, this advice comes from people who are praising themselves for being utterly oblivious.

Most of the successful people I know are sensitive and perceptive. And yes, when they get criticized, they feel like shit.

Do they let trolls and whiners stop them from doing something great? No.

But it’s not because they don’t feel the insults … it’s because their passion for what they do is stronger than the discomfort.

The more progress you make, the thicker your emotional skin will naturally get, because you’ll start to realize that you’re actually doing something that matters, and the peanut gallery isn’t.

But you don’t have to try to rush that process … and anyway, I’ve never known anyone who could. Sensitivity is an asset, don’t try to beat it out of yourself.

We all know we shouldn’t let things slip through the cracks.

We should answer every email. Reply to every comment. Get back to all of those @ messages on Twitter. Wish our customers a happy birthday on Facebook. Get our taxes done before 11 PM on tax day.

If you can actually do all of this, that is awesome. Don’t stop.

But if you sometimes flake out — flake out on things that are important and worth your while — welcome to the club.

The truth is, if you’re building something epic, you’re going to be juggling a lot of pieces. They don’t always go together neatly. Sometimes they don’t go together at all.

That’s exactly why I didn’t remain an administrative assistant.

In my life now, sometimes I miss stuff. And since everything I do revolves around connecting with people, it’s all important — because every human is important.

I don’t like dropping the ball and failing to email a friend back … or that scramble I had the night before last to get my tax checks mailed, for that matter.

Believe it or not, flakes can accomplish amazing things. And if you’ve never been a flake before, you may find this less-than-lovely trait comes out when things start to get really interesting.

If you’re stretching yourself, you’ll drop the ball sometimes. Try to figure out the circumstances in which you should never let yourself drop the ball, Make sure the “A” tasks get done.

Do your best, and say sorry when you screw up. But don’t stop just because things get messy.

Rather closely aligned with Bad Habit #2, if you aren’t able to be at least somewhat selfish, you’re never going to survive this.

You’ve got to selfishly draw some lines — around how you’re going to take care of yourself, around how much time you’ll give to your project, around getting enough sleep and taking some time off.

The sad fact is, unless you’re under ten years old, if you don’t take care of yourself, no one else is going to show up and do it for you.

It’s ridiculous to burn down your life to create a successful company. Ridiculous and unnecessary and antithetical to success. So don’t.

And if the “rules” of your industry say you have to destroy yourself to become successful, change industries or rewrite the rules.

I hate almost all rich people, but I think I’d be darling at it.
~Dorothy Parker

This is going to freak some people out. I can see the anti-marketing haters rubbing their hands together even as I type this.

But that’s not helping you, so screw them.

Here’s the straight dope: If you think money is the root of all evil, you’re unlikely to ever get your hands on any.

I don’t know why this is, but money can tell when you’re allergic to it, and it stays away. (Proof positive that money is not a domestic house cat.)

Please note that by telling you to “be greedy” I do not mean “be an unfeeling, unethical ratbag.”

The best (and most fun) way to make money is by helping other people … a lot.

I’m also not saying that money will be mystically attracted to you if you change your mindset. “The secret” to financial success tends to involve plenty of work, not magical pseudo-laws.

But there are no accidental millionaires. The closest we have — lottery winners — rarely manage to keep hold of their wealth.

If you want to make money, value money. Not above integrity or your family or your soul’s great passion … but honor money for what it can do, for you and for others.

You can always give it away to someone who needs it more badly than you do. But you’ve got to earn it first.

Creativity is the residue of time wasted.
~Albert Einstein

For reasons that will become obvious, I loved reading about some research results in the new book Imagine: How Creativity Works by Jonah Lehrer.

A large sample of undergraduates was given a variety of difficult creative tests. It turned out that students who had been diagnosed with attention deficit hyperactivity disorder were much better at solving creative problems than other students were.

And when the students were asked about creative accomplishments in the real world (say, winning a prize at a juried art show, or winning an honor at a science fair), the ADHD students had achieved significantly more.

Lehrer goes on to point out similar heightened creativity in people who may not have a particular diagnosis, but for one reason or another, they’re not as traditionally focused as their peers.

Although we live in an age that worships attention — when we need to work, we force ourselves to concentrate — this approach can inhibit the imagination. Sometimes it helps to consider irrelevant information, to eavesdrop on all the stray associations unfolding in the far reaches of the brain. Occasionally, focus can backfire and make us fixated on the wrong answers.

Insane focus is highly admirable. And we all know we’ve got to ship.

But some of the people you might envy for their laser focus have a hard time seeing the broader picture. They may be executing the hell out of their strategy today … but watch what they do in the long term.

The more widely you read, look, watch, listen, and think, the more genuinely remarkable ideas you’re going to come up with.

I know a local business owner who’s always got a story about his idiot business partners, his idiot employees, his idiot customers.

One of his businesses just fell apart. Spectacularly.

It’s a painful situation for him, and for all of his employees who just lost their jobs. I feel bad for him. But one thing I can be sure of — at no point will he ask himself this important question:

Yes, you need to be able to make decisions, but Jim Collins showed nicely in his book Great by Choice that one marker of a business leader who succeeds over time is what Collins calls “productive paranoia.”

Believing in yourself no matter what is often touted as critical to leadership. And it is effective in getting a leadership position. Blind faith in yourself (also known as narcissism) is a great trait if you want to climb the traditional corporate ladder.

Unfortunately, it’s often associated with leading your organization right off a cliff.

Which means that for an entrepreneur — without a golden parachute or pals on the right boards of directors — a big dose of healthy self-doubt is much more useful.

Question yourself. Question your assumptions. Take action, yes — but inform your action with a dose of productive paranoia.

Sometimes we think good work speaks for itself.

Toot your own horn. Admit that you’re kind of a big deal.

As Amber Naslund said in her post about misguided career beliefs,

The line between savvy and jackwad is indeed a fine one.

Obviously we try to keep off the jackwad side of the fence.

But for your project to become truly epic — to help an epic number of people — you’re going to have to get out there and talk it up. Which will make some people uncomfortable. And since you don’t have a thick skin (see #1), that’s going to kind of suck.

Fortunately, doing something epic takes the sting out.

So get out there and do it.

Have any “bad” habits that come in handy when you’re doing the Amazing Thing You Do?

About the Author: Sonia Simone is co-founder and CMO of Copyblogger Media. Learn all about Sonia’s bad habits when you follow her on twitter @soniasimone

Previous article: Announcing the Winner of the Email Subject Line Copywriting Contest!
Next article: How to Build a Business with Premium Content (Updated for 2012)