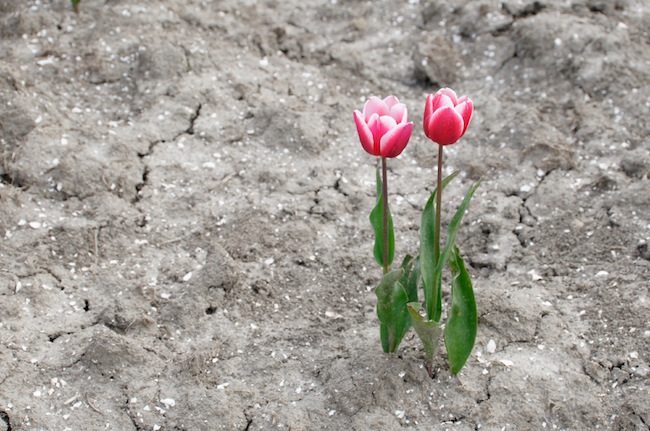 No matter why you create online content, there is something to be said for being persistent.

Persistence is often touted as one of the vital ingredients behind success — no matter if you’re a hobby blogger or a full-time freelance writer.

In this post I’m going to explore five reasons why I believe every online content creator must be persistent.

1. You can make more money

When I first started blogging for clients, I didn’t know how much my service was worth.

The first job I ever completed for a client was something like 50 product reviews at 700 words each for $150. It took me a good two weeks to complete the job. I’d massively underestimated the task.

I took a good hard look at myself and decided to set firm rates.

My rates were fair. They ensured that I was working for a sum I was happy with, which in turn meant that the work I completed would be of the highest standard.

Naturally, people tried to barter with me. At first I went along with it, until I realized there was no need to compromise.

Today I enforce my rates with persistence.

No longer do I bow to demands from clients for X, Y, or Z rate. I work to my own rates.

Sure, work was slow at first when I started to be persistent (and insistent) about my rates, but over time it has allowed me to make more money.

2. Because Rome wasn’t built in a day

About a year ago a friend asked me to set up a blog for him. He wanted to blog about cars and motorbikes. A week or so after handing over the reins to him I asked him how it was all going.

Amazingly, he’d given up.

“I’m not getting any traffic,” he explained. “I’ve got no followers on Facebook or Twitter, and no one is reading what I’ve written.”

Naturally, I said, “Woah! Hang on a minute … your site has been online for a week, your first post only went up five days ago, and you’re downhearted because you haven’t seen traffic in the space of just a few days?”

It turns out he’d read some “make a million dollars overnight with your own blog” ebook. When he didn’t get any traffic in the first week, he decided it was a bit too much like hard work and threw in the towel.

I’m confident that if he had persisted his blog would have been very successful.

On the flip side, I know bloggers who write for their own sites in niches like stock trading and sports betting. Their persistence has driven them to revenues of $10,000+ per month in affiliate sales. Sure, it might have taken time to see their first decent pay check, but their belief in what they were doing paid dividends — literally.

3. You can impress clients

It’s not often that a client turns around and says, “Nick, I really don’t like what you’ve written for us.” But it does happen from time to time. When a client says something like that there are three ways to deal with it:

You may think you have better ways to spend your time than putting in unpaid overtime to complete a project twice, but it’s good business to make sure every last client is delighted with the work you produce.

Persistence has to prevail.

Now I’ll let you in on a little secret: two clients who were once unsatisfied are now two of my most loyal clients.

Persistence in satisfying clients often comes at a cost in terms of time, but when those people throw bucket loads more work your way, as well as referrals, it’s well worth it.

4. Without persistence, rejection is final.

Rejection is something we all fear as bloggers — and in life in general. (I particularly enjoyed this post on rejection from last week.)

Sometimes I think about where I’d be right now if I had stopped in my tracks every time someone said “No.” I still haven’t worked out the answer.

Every now and then certain posts that I write are rejected by the people who read them. Sometimes people just don’t agree with what I have to say. But this is absolutely fine because we’re all free to draw our own conclusions and formulate our own opinions.

When I see someone disagreeing with me or writing offensive comments about my ideas, I see that as a rejection. If I stopped blogging because people wrote nasty comments, then I wouldn’t be writing this post.

Unless you’re preaching hate, there is no reason at all why you should let the rejection from naysayers deter you from writing and publishing.

At some point you will connect with an audience that does appreciate and identify with your views and ideas.

I can come up with many vivid examples of times when I’ve faced rejection. I have no doubt that you can too. It’s not something to get worked up about or something that should put you off your quest to be the best — it’s simply a case of turning rejection into something positive.

It may sound a bit soppy, but I strongly believe in self-fulfillment.

There’s nothing worse than locking up the office door or closing your laptop and thinking, “What have I actually achieved today?” If no immediate thoughts are forthcoming, you’ve probably achieved very little and are not fulfilling your potential.

There is no other feeling quite like that of self-fulfillment, and you’ll never achieve it if you’re not persistent.

But there’s a fine line …

Remember, persistence is an admirable trait that’s almost certain to lend you success … but there’s a fine line between being persistent and being a nuisance or a pest to clients.

With that in mind, now is the time to audit your persistence.

Do you flit from one idea to the next on a regular basis? Do you let negative energy from others put you off what you’re doing? If so, you, my friend, need to become more persistent.

It almost always pays off in the long run.

Nick Whitmore is a published journalist, blogger, and Managing Director at ContentWriting.org. Read more from Nick on his blog and on Twitter.

Previous article: What the Best Halloween Costume of 2013 Can Teach You About Creativity
Next article: 10 Productivity Tips from a Blue-Collar Genius