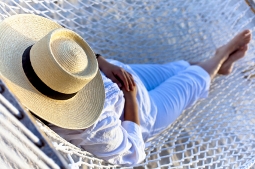 Ever wonder where you’re supposed to find the time to promote your blog?

If you’re blogging in your spare time, it can seem impossible. You’re already struggling just to publish a post every weekday, and sometimes you can’t even manage that. You want to work on your SEO, twitter following, and relationships with popular bloggers, but you also have a job, family, friends — responsibilities that are just more important.

And so you wonder: should you just keep going, doing the best you can?

Or is there a strategy you can use that doesn’t require so much time?

I started to research the answer to that question about a year ago, and after working with more than 50 bloggers, trying different things, I think I’ve found one.

As it turns out, the answer isn’t doing more. It’s doing less.

Step One: Publish only one blog post per week

Whoever said you have to publish a blog post every weekday?

Nobody, as far as I can tell. It’s just what everyone does, and so most of us assume it’s the only way to do it.

If you’re strapped for time, there’s nothing wrong with cutting back on the number of posts you publish each week. Your readers might even be grateful. Most people have so much to read that they don’t have time to keep up with all of your blog posts, and they feel bad about it. By cutting back, you make it easier for them to stay a subscriber.

So how many posts should you publish, exactly?

There’s no set number, but here’s a suggestion: start with one really good post per week, and if you have time, work your way up.

The key word is “good.” One well-written, well-thought-out blog post can get you more links and traffic than hundreds of hurried ones. Some writers are faster than others, but in general, if you’re spending less than two hours on most of your posts, you’re probably going too fast. Cut back the quantity, and focus on quality.

By itself, this will often double or triple your traffic. But it also does something else: it frees up time to focus on promotion.

As you’ve probably seen, there are hundreds of strategies for promoting a blog. In an ideal world, you would use them all, digging dozens of channels for traffic to come flowing in.

There’s only one problem: you don’t live in an ideal world. And neither do I.

Even if you were working on your blog full-time with a dozen employees to help you, you couldn’t do everything.

So don’t try. Instead, focus on one strategy, and get really good at it.

My advice: start with guest blogging.

Here’s why: pretty much every other traffic strategy depends on you having connections.

To make SEO work, you need links from trusted sites. To make twitter work, you need to get retweets from people who have a lot of followers. To make social bookmarking work, you need connections with social media power users who can bring you dozens or even hundreds of votes.

And that’s hard when you’re a beginner, because you don’t have any of those connections.

In my opinion, it’s far, far easier to establish relationships with influential people first, and then use those connections to fuel the other strategies.

If you can publish just one guest post per month for popular blogs, at the end of the year, you’ll have made connections with twelve very influential people who can help you grow your blog. That’s not going to give you 100,000 subscribers all by itself. But it will give you a nice foundation, and it’s one you can build on.

Once you start getting results, I think you’ll find it’s a lot easier to expand your efforts.

Everyone is more motivated to work on something that’s working. If you land a guest post on a big blog and pick up a few hundred subscribers, you won’t have to push yourself quite so hard to work on your next post. You’ll want to do it, and that makes blogging a lot more enjoyable.

You’ll also have the connections you need to slowly start trying some other traffic strategies. For instance, you could:

By themselves, none of those strategies are new. Anyone who has been blogging for more than a few months probably dreams about attracting links, building a twitter following, and getting a first page ranking on Google.

The difference is you’ll actually be able to do it.

Cutting your posting schedule will free up the time you need to work on promotion, and guest blogging will give you the connections you need to pull them off.

It’s a very simple system, but it’s also one that gives you everything you need while investing a more reasonable amount of time.

Is the system perfect?

In fact, it has one serious flaw:

Isn’t getting a guest post on a popular blog kind of hard?

With audiences numbering in the tens or even hundreds of thousands, popular bloggers are justifiably careful about the quality of content they publish. Frequently, they also have a lot of bloggers volunteering to do guest posts, so the competition can be stiff.

But it’s not impossible. New bloggers do it on a regular basis here at Copyblogger, as well as many other popular blogs.

There’s no reason you can’t do it too. You just need a few tricks of the trade to help you get started.

Check out the free GuestBlogging.com videos

If you haven’t seen the GuestBlogging.com videos yet, you should check them out.

They’re free, and they contain some of the most powerful strategies I’ve learned while writing for Copyblogger and building popular blogs of my own. So far, thousands of people have signed up for them, and many are saying it’s some of the best blogging advice ever published.

The bad news is that I’m about to take it all down.

It’s because next week, I’m opening the doors to a new training program I’ve put together specifically for people who are serious about building a popular blog. I’ll leave the videos up for about another week, but once the training program starts, I’ll be taking them down to give members 100% of my attention.

I’ll probably be releasing them again at some point, but I’m not sure when, and I didn’t want the Copyblogger readers to miss out. So, if you’ve been looking for a strategy you can implement in your spare time without having a lot of connections, be sure to take a look.

It’s not the only strategy for building a popular blog. But if you’re strapped for time, I think it’ll work well for you.

Previous article: The Cure for Analysis Paralysis
Next article: Let Us Write You a Killer Tagline… Right Now and No Charge