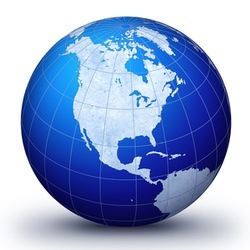 You didn’t realize you were at war, did you?

It’s kind of scary, if you think about it. Just because you write a great post doesn’t mean anyone is going to hear about it, and even if they hear about it, there’s no guarantee that they’ll start reading it, and even if they start reading it, there’s a pretty good chance they’ll never finish it. Not because it isn’t good and useful and worthy to be read, but because it isn’t interesting enough to win the war for their attention.

My advice: play to win. Here’s a battle plan for getting your posts read from start to finish:

1. Map the terrain: The frustrations and desires of the audience

Similarly, you won’t find most successful bloggers agonizing over their writing. They do, however, watch every comment and link that comes into their blog and fret about how well they’re connecting with their audience. It’s not because they’re vain; they just know it’s essential to keep their finger on the pulse of their readership. They want to know what gets people’s hearts pumping and what puts them to sleep.

So should you. After a couple months of blogging, you should be able to make a strategic content plan that lists everything your audience cares about. If you can’t, be prepared to have your ass kicked by somebody who understands your market better than you do.

2. Know your allies: What will other people link to?

Writing a post and hoping someone will link to it is like going to war and hoping your allies will show up. In other words, it’s stupid. If you’re going to go to the effort of producing truly great content, then you should know in advance who is going to link to it and why.

How are you supposed to know?

It all comes down to building relationships. Before going to war, kings of old would spend months or even years befriending allies and forming bonds. Similarly, you should spend at least a few months getting to know all of the other bloggers in your niche before expecting any of them to help you. Otherwise, you’ll find no one linking to your best posts, and you’ll wonder why.

Sometimes, headline writing reminds me of trying to catch raccoons.

If you grew up in the country, you probably know that you can chase raccoons all over the place, and you’ll never catch them. You might actually get attacked because… well… raccoons don’t like being chased. Of course, accomplished raccoon hunters don’t try to chase them. They merely build a trap and lure the raccoon into it with something shiny, usually a piece of tinfoil.

It’s a coldhearted analogy, but getting traffic works the same way. People on the web don’t like being interrupted by ads that demand their attention. It annoys them. If, on the other hand, you offer them a nice, shiny headline that attracts their attention, then they’re more than happy to click through to your blog. That’s when you can spring the trap with your opening paragraphs:

So, you’ve attracted people to your blog with the marketing equivalent of tinfoil, and you’re ecstatic to actually have visitors. It means the war is over, right? You win. Hooray!

Actually… that’s not what it means at all.

The moment anyone visits your blog, they immediately fall under siege from all kinds of other shiny, interesting things demanding their attention. There are all kinds of links, fancy banners from sponsors, and comments to look at, plus real-life distractions like the ones I mentioned above. Chances are, a large percentage of your visitors never even get around to reading the post that attracted them. So, really, you lose.

That’s why you need to spring the trap as soon as you have their attention. Prepare a few opening paragraphs that aren’t just interesting; they’re so compelling that the visitor is afraid to look away from the screen. Then and only then do you get to deliver what matters most: your compelling copy.

5. Prepare your weapons: Hit them with compelling copy

Once you have their attention, hit ‘em with all you’ve got. Tell them a story, show them how they’re making a mistake, teach them how to do something better, whatever — just be compelling. I like to imagine my reader with her mouth hanging open and drool collecting at the corner of her mouth. That’s the effect we’re going for.

Think I’m being a little extreme? I’m not.

Grabbing attention with an irresistible headline and opening paragraph and then letting them run away is silly. Don’t do that! The best fighters (and marketers) are unmerciful. It’s not because they’re cruel; it’s because, if they miss their shot, it may very well be their last. The same couldn’t be more true for blogging.

6. Create an exit: End with a call to action

I read Sun Tzu’s The Art of War a long time ago, and while I’ve forgotten most of it, I remember this: always give your enemy an exit. Your visitors are not really the enemy, but the advice is still applicable.

All too often, bloggers close their post with a metaphorical dead end. They give their last point, and that’s it. Nothing more to see, show’s over, everybody can go home. And that’s exactly what happens. People click away from your blog and lots of them never come back.

Smart bloggers give their readers actionable exits. You’ll notice that almost every post here at Copyblogger gives you a link to one of our projects, the RSS subscription page, or a twitter account. There is a reason for that. We know you’re going to leave, but we hope to guide you on how to leave.

You’d think the war for attention would have an end, that one day you’ll be big enough where you never have to worry about losing the attention of your audience, and you can relax a little bit. Take Copyblogger, for instance. With all of our readers and traffic and links, surely we must have won by now, right?

The war for attention never ends. Even if you capture the attention of every reader interested in your topic, you’ll still have to battle off a constant stream of competitors that would take them away from you. Your visibility is both an asset and a liability. Yes, it gives you power, but it also makes you a target. Lose focus, and you can lose everything.

If you think about it, the opposite is also true though. Just because you lost the war for attention today doesn’t mean you have to lose tomorrow. You can turn things around at any time. Best of all, now you have a battle plan that shows you exactly how to do it.

Of course, there are probably some things that we haven’t told you, right? Some real secrets that we’re holding close to the vest?

Maybe. You never know. One thing’s for sure: if we have our way, you’ll be a reader of Copyblogger until the end of time.

Go ahead and sign up for free Copyblogger updates, if you haven’t already. It’s risk free. Honest.

You can unsubscribe any time you like… but you can never leave.

About the Author: Jon Morrow is Associate Editor of Copyblogger, co-founder of Partnering Profits, and dispenser of bad Hotel California jokes. Get more of him on twitter.

Previous article: Content Marketing Gets Real: An Interview With Naomi Dunford of IttyBiz
Next article: The Top 5 Ways to Attract and Keep Customers in any Economy