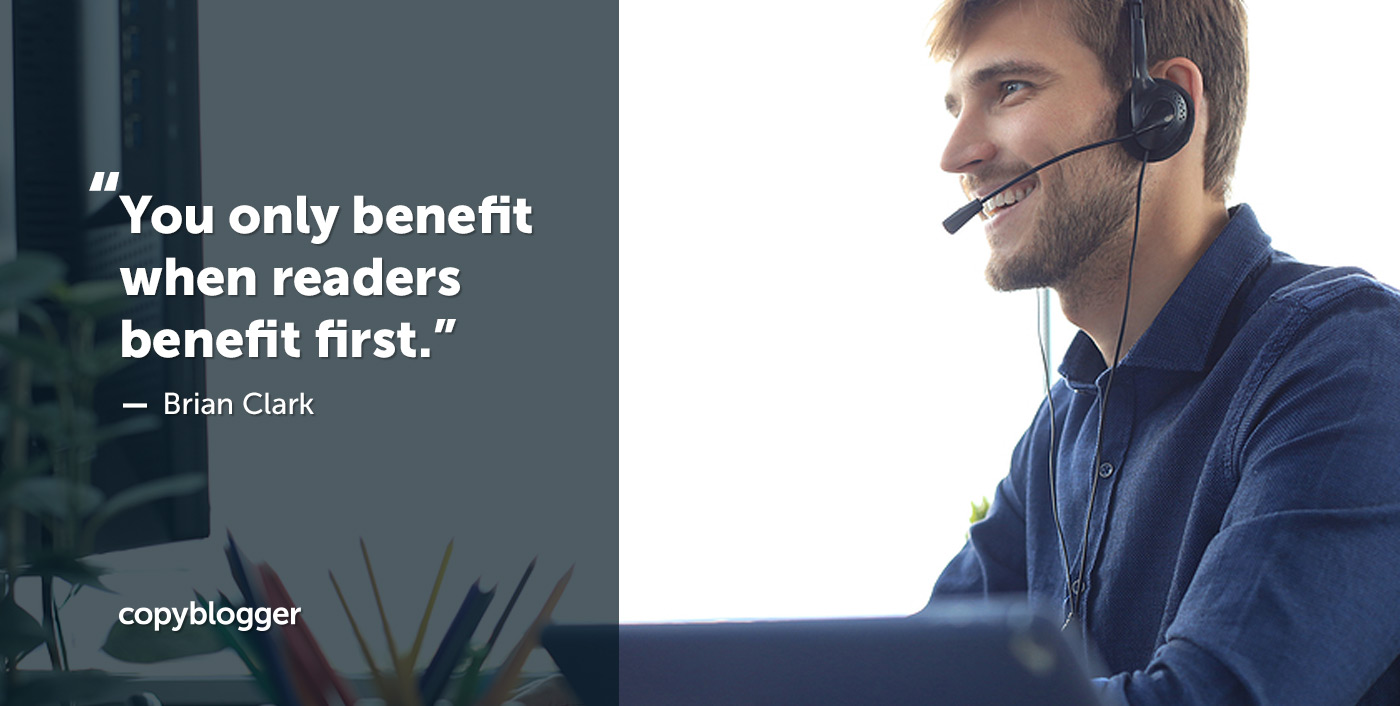 Imagine … by the end of this post, you’ll be a more effective writer, all because you learned two very important words, and the specific reasons why those words are so crucial.

Actually, both words can be found in the preceding sentence, along with hints related to their importance.

Did you catch them? If not, keep reading, because all will be revealed.

The most important word is “you”

Did you find the opening sentence compelling? If so, why?

Or the better question is, who was the first sentence focused on?

Well, let’s consider this. Have the words “me” or “I” appeared in this post before now?

It’s certainly ironic that a medium initially used as a self-absorbed journaling platform now needs to be overwhelmingly focused on the reader in order to be effective.

If you’re blogging for marketing or public relations purposes, every post should be purposefully aimed at the needs and wants of others.

You only benefit when readers benefit first.

When it comes to writing engaging content, “you” is the most powerful word in the English language, because people are ultimately interested in fulfilling their own needs.

It may sound harsh, but the fact is: your readers won’t start to actually care about you at all until you’ve repeatedly offered them exceptional value with your blog.

But once they do start to care about you, look out … because wonderful things can start happening. Things like viral buzz and customer evangelism.

The same substantive content will be more effective with the focus shifted toward the reader. One of the easiest ways to do that is to maximize the use of “you,” while minimizing or eliminating “I” and “me.”

Every time you finish writing a blog post, check the focus. How many times does you and its derivations appear? What about I and me?

Try it, and you’ll be amazed at the results.

The other word is “because”

One of the most important characteristics of compelling, persuasive content is specificity. The more specific you are, the more credible your points, arguments, or sales pitch.

There are many ways to be specific in your writing. One of the best is simply giving a reason why. And the most effective transition word when giving a “reason why” is because.

The power of because has actually been documented by social psychologist Ellen Langer, as told by our old friend Robert Cialdini. Langer performed an experiment where she asked to cut in line to use a copy machine.

She tested three different ways of asking, and recorded the results:

Excuse me, I have five pages. May I use the Xerox machine?

Excuse me, I have five pages. May I use the Xerox machine because I’m in a rush?

It appears that giving the “reason why” of because I’m in a rush boosted the effectiveness of the request immensely.

But here’s the kicker:

Excuse me, I have five pages. May I use the Xerox machine because I have to make some copies?

The trigger word “because” is so powerful that it didn’t really seem to matter that the “reason why” provided was something you might expect to hear from a four-year-old child.

Be specific in your assertions, and always give a reason why, especially when you want people to take some form of action.

Not because I said so, but rather because it will work wonders for you. 🙂

Brian Clark is the founder and CEO of Copyblogger, host of Unemployable, and curator of the midlife reinvention newsletter Further.