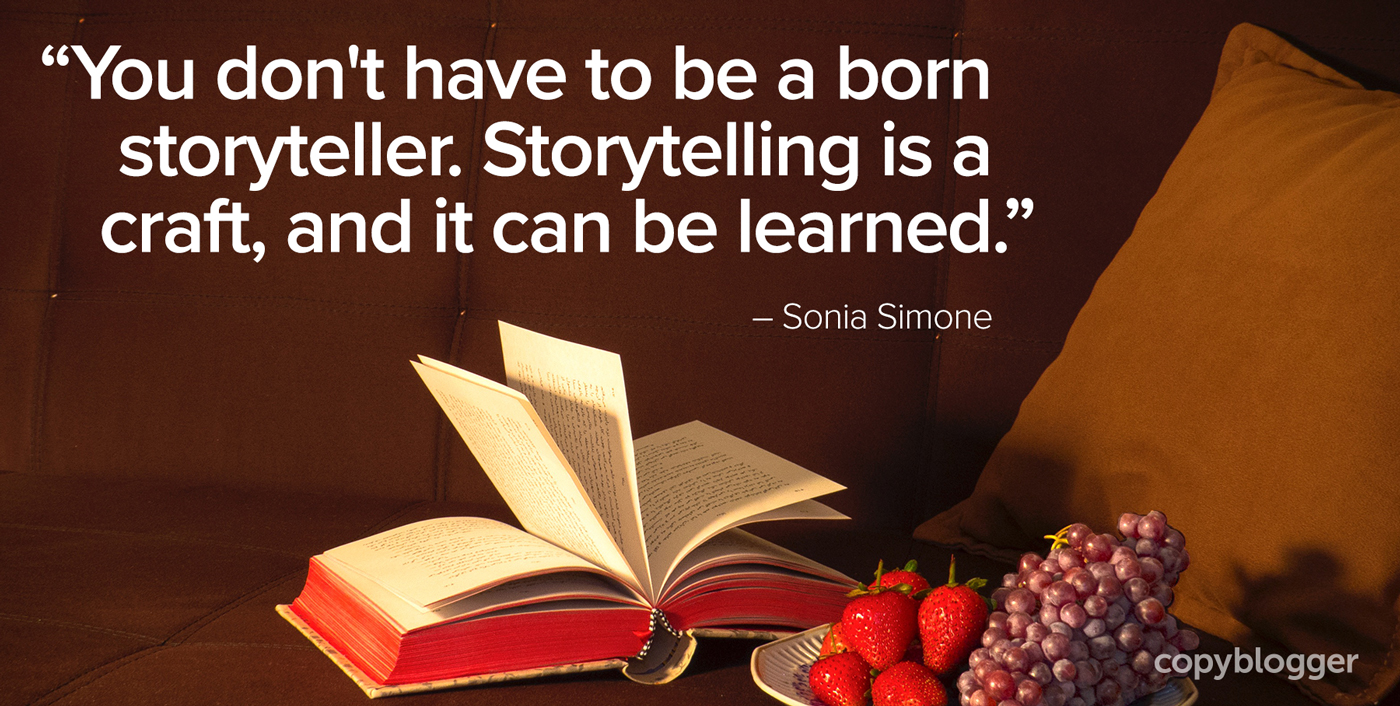 A few weeks ago, I recorded a podcast episode about Jonah Sachs’s book Winning the Story Wars. He had a particularly useful observation about three story elements that pull in audience attention. He calls them Freaks, Cheats, and Familiars.

Sachs explains how these elements can be deployed, like the Hero’s Journey, to make stories much more memorable and engaging.

As I was reading Story Wars, it struck me that there’s a well-known figure who illustrates all three of these elements in one person: legendary bodybuilder, action star, two-term California Governor, and crafter of potent analogies, Arnold Schwarzenegger.

Here’s how it works:

Remember when we talked about not being so damned boring?

Sameness is boring. Conformity is boring. You break the brutal cycle of boring by being different.

Sachs’s freaks are story characters who compel our attention because they are different. They might be particularly tall or short, particularly handsome or ugly, or physically distinctive in some other way.

They also might be quite normal-looking people who stand out because they’re in a particular context. Normally we wouldn’t call Justin Trudeau a freak, but he’s almost bizarrely good-looking for a head of state. I’m a quite ordinary-looking person, but my pink hair stands out, particularly in a business context — and it becomes a freak element that people remember.

Schwarzenegger, of course, achieved freak status with his remarkable physique. To this day, he’s one of the most influential figures in bodybuilding history, with five Mr. Universe and seven Mr. Olympia wins.

But there are lots of bodybuilders. I’d argue that it’s Schwarzenegger’s strong Austrian accent that helps make him instantly memorable. That combination — the massive physique with the specific accent — creates a kind of “sketch” of him in our minds, even if we haven’t seen him often.

Freaks make great characters because they have good hooks to make them stick in our minds. A voice, a walk, a scar, a costume. Note that “freak” in this case isn’t pejorative and doesn’t imply that there’s something wrong with the person’s appearance.

One way to determine if you have a freak: if you saw them drawn in a graphic novel, with minimal context, would you recognize them?

Other memorable freaks, from both stories and real life, include:

These are characters who cheat the system — who violate some social norm. They embody the trickster archetype and are notable in that they can be either a hero or a villain. (A few, like the Norse god Loki, manage to be both.)

Good cheats challenge corrupt social norms and undermine them. Martin Luther King, Jr. was a cheat in this sense. So are all those detectives in novels who just can’t seem to follow the rules.

Bad cheats are the ones who undermine the social rules we value. Liars, thieves, betrayers of trust.

Cheats bring massive energy to a story. When we find out that someone is breaking the rules, we’re almost compelled to find out more … and to figure out if this is a brave visionary or a dangerous crook.

Schwarzenegger’s reputation as a trickster started with the documentary Pumping Iron, which showed him cleverly tricking his opponents into sabotaging themselves. His 2003 run for Governor of California revolved around breaking the “business as usual” political norms that voters found boring and unsatisfying.

Whether he was a “good” or a “bad” cheat in that context depended on your politics — but he did manage to win the governorship for two terms. (His opponent, Gray Davis, was a politician whose name perfectly described his political charisma.)

Other memorable cheats include:

So … freaks and cheats are inherently interesting and memorable, but they aren’t inherently trustworthy.

Stories that motivate us to action need another element: familiarity.

If Schwarzenegger hadn’t been a celebrity, it’s hard to envision him as a successful candidate. People knew his name, his accent, and his penchant for thumbing his nose at the establishment. The first person to mimic his famous “Terminator” accent did so about five minutes after the premiere of The Terminator. (Note: I made that up, but you know it has to be true.)

Arnold Schwarzenegger was widely known, so his oddness seemed fairly safe. He helped things along by being willing to play with his own image. He was widely called “The Governator,” by his fans and critics alike. A typical politician couldn’t call the California state assembly “girly men,” but Schwarzenegger, riffing off of the Saturday Night Live parody of characters like him, pulled it off … because everyone understood the reference.

And sometimes, someone like Schwarzenegger with strong “freak and cheat” credentials becomes a familiar simply by virtue of being highly visible over a long period of time.

Familiar characters are relatable. They seem like “real people.” While they may have accomplished amazing things (they could even be freakish in their abilities), they also feel like someone we could know personally.

I’d argue that all of these folks have elements of the familiar:

The strongest stories will often include all three of these elements, but they don’t always come wrapped in the same character.

Schwarzenegger’s not the only one, though, by any means. Neo in The Matrix starts off as a mild-mannered Familiar, becomes an ultra-powerful Freak, and then evolves into the ultimate Cheat who sees through and disrupts the Matrix’s corrupt nature.

Tyrion in Game of Thrones is an obvious “Freak,” whose physical differences cause him untold pain. He’s a Cheat when he scoffs at the norms of his society and manages to talk his way out of situations that would kill off anyone else. And he plays the role of Familiar as one of the few characters who seems to show actual human feelings. (Game of Thrones makes extensive use of the three elements. Notice that two other triple-threat characters, Daenerys Targaryen and Jon Snow, stand out among a cast of ultra-vivid characters as particularly memorable.)

Most comedians also pull all three elements together. Louis C.K., like many comedians, has a speaking voice that’s immediately recognizable (Freak). He gets laughs by poking at social norms, sometimes brutally (Cheat). And he does it as an average-looking guy — digging deep into the psyche of “regular people” (Familiar).

Jonah Sachs didn’t make up “freaks, cheats, and familiars.” He just noticed how they worked to make many, many stories more memorable.

If you’re looking for ways to tell stories that resonate more deeply, that move your audience to action, and that are just plain interesting, give these a try. Don’t think you have to be a born storyteller. Storytelling is a craft, and it can be learned.

Ever use one (or all) of these elements in your content? Let us know in the comments!

Previous article: The Persuasive Power of Analogy
Next article: It’s Time to Pump You (and Your Content) Up