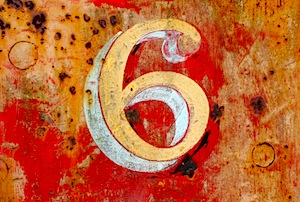 In that time I’ve also evaluated dozens of other writers, without choosing to mentor them. I saw something in those seven that I didn’t see in the rest.

That “something” I saw was a set of qualities that I think are unique to remarkable writers. And I wanted to start documenting those qualities — those things that make writers stand out from the rest of the population.

Now a typical list on writers usually revolves around habits common to a lot of professions (obsession, perseverance, getting up early, reading a ton, and so on).

What I’m looking for is a constellation of qualities that we can say a writer has that no other profession can claim.

This is not an easy task. But here’s my stab at it.

1. Remarkable writers have the ability to size up content

A remarkable writer can:

Other professions do the same thing in their fields — programmers with software code or military strategists with an enemy’s battle plan. What makes this unique to writers is that it lies in the mechanics of the language.

But also an instinct for the words that will get your email opened, methods to writing magnetic copy, and techniques for formatting irresistible content.

2. Remarkable writers are able to connect the dots

A remarkable writer is a visionary of sorts.

Although you might find her with her nose in the spine of a book (in a room strewn with scattered volumes), she’s actually 30,000 feet above, scanning her mental landscape, spotting potential material and logging these ideas away.

She’s doing this subconsciously, but it’s just a matter of time before something clicks, a web of associations light up — and she sees something she’s never seen before:

In essence, she’s a problem solver.

But so are entrepreneurs. Electricians. College football coaches. You could argue that exceptional problem-solving skills are one thing that separates the average from the remarkable in all these fields.

So what do problem-solving writers do uniquely that no other profession does? Again, they do it with sentences. Paragraphs. The building blocks of their trade.

But still, nothing entirely original here. We need to move on to the next point.

One of the reasons that I find new social situations awkward (and can come across as shy) is because I’m often reluctant to open my mouth and commit to a position until I’ve thought it through.

The last thing I want to do is sound dumb.

During a conversation I can have several responses to one question — but those responses are muddied with emotions and half-baked positions. What I long to do is sit down and sift through those thoughts on paper — after the conversation.

I’m not alone. This is how novelist and short story writer Mary Gaitskill expressed it:

Writing is in some way being able to sit down the next day and go through everything you wanted to say, finding the right words, giving shape to the images, and linking them to feelings and thoughts. It isn’t exactly like a social conversation because you aren’t giving information in the usual sense of the word or flirting or persuading anyone of anything or proving a point; it’s more that you are revealing something whole in the form of a character, a city, a moment, an image seen in a flash out of a character’s eyes.

This ability is unique to writers (especially of the introverted variety).

On a side note, I’ve learned how to inject my opinion in conversations without feeling dumb by saying “I’m thinking out loud here,” and then talk to them as if I was writing.

What they would hear is someone exploring one path, finding it unpleasant, turning back and heading down another. They might hear me go down three or four or five or six different paths.

I might seem lost. But I’m not. I’m actually exploring.

4. Remarkable writers can write in their head

I keep a notebook. A journal of sorts. I try to record ideas as they come. But there are times when I have an idea, and I’m entirely too lazy to get up — or it’s just downright dangerous to write. This usually occurs in bed, the shower, or on a long drive.

Here’s what I do.

You’ve got your mind’s eye, right?

This is exactly how I wrote Sorry — Your Humdinger of Headline Won’t Save the Catastrophe that Is Your Blog Post. I worked that headline out in my head late one night as if I was talking to my wife (who was fast asleep beside me). Then I worked on the lead. All in my head. The following morning I wrote the post.

I don’t share that little story to brag as much as I share it to say that it works, which is why remarkable writers use it. Verilyn Klinkenborg, member of the New York Times Editorial Board, agrees:

Before you learn to write well, to trust yourself as a writer, you will have to learn to be patient in the presence of your own thoughts.

And in response to the question about his “writing process,” Klinkenborg answers …

I think patiently, trying out sentences in my head.

Remarkable writers write in their head.

There are three kinds of readers.

Remarkable writers absorb their books. For long stretches of time. Clueless to the rest of the world. Of course, writers can’t exactly claim a monopoly on this trait. The next trait, however, they most definitely can.

Editing a long document is sort of like shoveling snow off a sidewalk while it is still snowing. #writing.

That’s my metaphor for rewriting. Let me explain.

It begins with a foot of snow (you dump a rough draft on to the blank page). You start to shovel (edit) down the sidewalk (page). You reach the end of the sidewalk (page), wipe your brow with your cap and look behind you. My goodness, you didn’t realize it started snowing while you were still shoveling (it hardly looks like your editing job put a dent in your rough draft).

And boy, it sure is coming down fast.

You shrug, put your cap back on, lower the shovel and scoop. On and on. American novelist, critic and essayist Walter Kirn expressed it this way:

At the beginning of a novel, a writer needs confidence, but after that what’s required is persistence. These traits sound similar. They aren’t. Confidence is what politicians, seducers, and currency speculators have, but persistence is a quality found in termites. It’s the blind drive to keep on working that persists after confidence breaks down.

That ability to re-work a piece of copy ad nauseum is utterly unique to a writer. No other profession can claim that ability. And that, my friend, is what separates a remarkable writer from everyone else.

In closing, try this experiment …

So, did I do it? Did I describe traits that are utterly unique to writers?

To find out, let’s try this little experiment: remove the headline and evaluate the list based upon what I wrote. And then ask this question: is it unique to writers?

Well? I look forward to hearing your thoughts.

Previous article: Sex, Lies, and the Art of Commanding Attention
Next article: What Every Content Marketer Needs to Know about Mobile Marketing