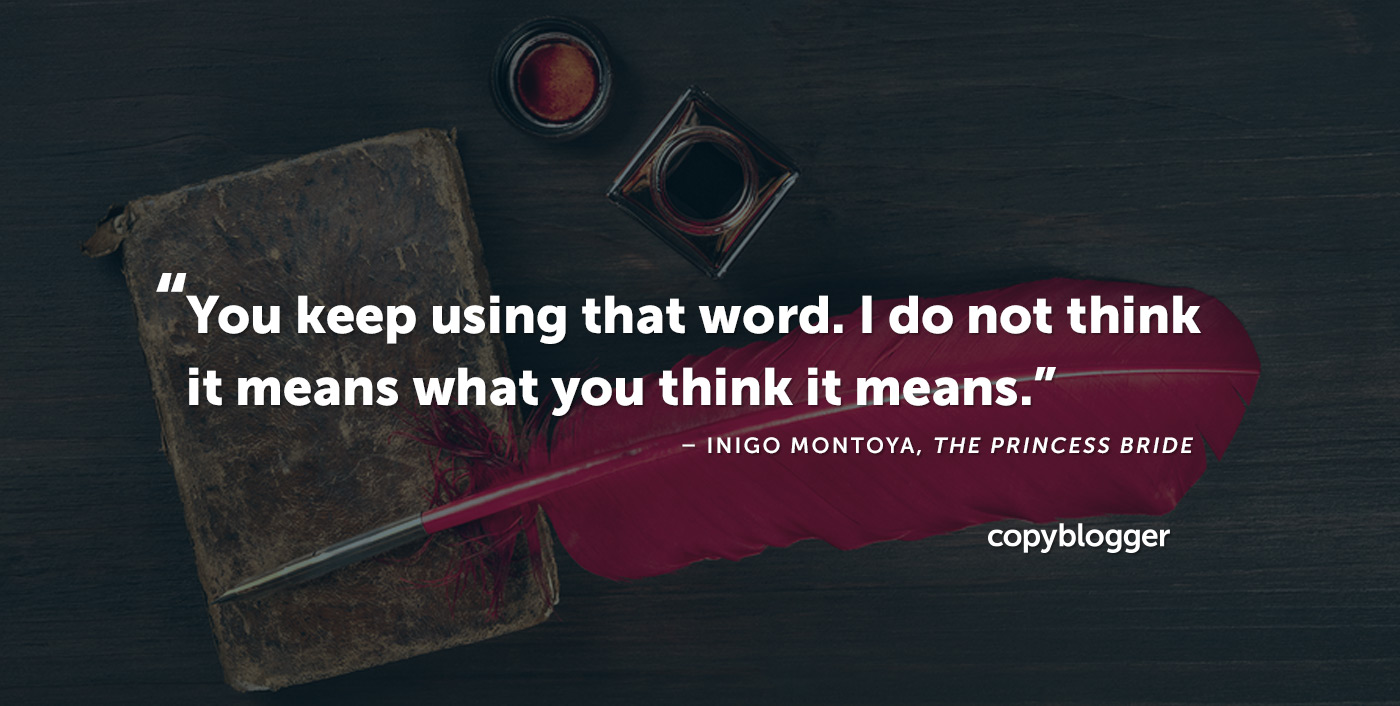 It may be inconceivable for you to misuse a word, but a quick look around online reveals plenty of people doing it. And it’s all too easy when we hear or see others use words incorrectly and parrot them without knowing they’re wrong.

I mean, do you always know when to use open compound words and when to used closed ones?

So, let’s take a look at 27 commonly misused words. Some are common mistakes that can cost you when trying to keep a reader’s attention. Others are more obscure and just interesting to know.

Criteria is plural, and the singular form is criterion. If someone tells you they have only one criteria, you can quickly interject and offer that it be that they get a clue.

Farther is talking about a physical distance.

“Move farther away from those people, Daddy!”

Further is talking about an extension of time or degree.

If you can count it, use fewer. If you can’t, use less.

“James has less incentive to do what I say.”

“Tony has fewer subscribers since he stopped blogging.”

Historic means an important event. Historical means something that happened in the past.

This word is used incorrectly so much (including by me), it may be too late. But let’s make you smarter anyway.

The old-school rule is you use hopefully only if you’re describing the way someone spoke, appeared, or acted.

Imply means to suggest indirectly (you’re sending a subtle message). To infer is to come to a conclusion based on information (you’re interpreting a message).

Insure is correct only when you call up Geico or State Farm for coverage. Ensure means to guarantee, and that’s most often what you’re trying to say, right?

Irregardless may now be grudgingly considered a word, but it’s a stupid word that makes you sound … well, not so smart. Use regardless or irrespective instead.

Literally means exactly what you say is accurate, no metaphors or analogies. Everything else is figurative (relative, a figure of speech).

Premier is the first and best in status or importance, or a prime minister. Premiere is the opening night of Star Wars 15: Disney Wants More Money.

Principal when used as a noun means the top dog; as an adjective, it means the most important of any set. Principle is a noun meaning a fundamental truth, a law, a rule that always applies, or a code of conduct.

Use then when referring to points in time (“I did this, then I did that”). Use than when comparing (“I’m better than that”).

Unique means (literally) one of a kind. Saying something is very unique is wack. It’s either a purple cow or it isn’t.

This one is a lost cause, but let’s go down swinging. The way to deal with the who versus whom quandary is a simple substitution method.

First, a refresher on subjects and objects.

Subjects do the action:

“The rock star sneered at him/her/us.”

Use who for subjects and whom for objects.

Truth is, whom just doesn’t sound right in many situations where it’s correct, especially in the US. You now know the rule … feel free to break it.

P.S. If you haven’t seen The Princess Bride because you think it must suck based on the title, don’t let that stop you. It’s laugh-out-loud funny and has more great lines than I can come up with angles to write about … so far.

Previous article: How to Grow Your Personal Brand on YouTube
Next article: 4 Unexpected Methods for Becoming an Authority on Nearly Any Subject