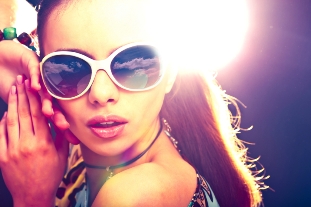 Have you ever been to a concert where the opening act was just awful?

Maybe their music was okay, but there was something about the performance that undermined your ability to enjoy it. The group just lacked that special something that would make them stand out, that would draw you in.

That quality they’re lacking is called showmanship — and it’s not just for musicians.

You can spot a blogger who lacks showmanship a mile away. Even after they’ve built a small and loyal following of readers, they never reach the level of success that the “A-List” bloggers in their niche achieve.

They sometimes spend years trying to overcome that plateau. They can’t figure out why they never get past being the “opening act” for the real rockstars in their niche.

They get frustrated and discouraged. Many of them give up. They hang up their metaphorical guitars and get regular 9-to-5 jobs and tell stories about how rough the industry is.

Don’t become one of those. I’m going to show you how to get the showmanship and stage presence you need to become the main act in anyone’s feed reader.

What is showmanship, and how does it apply to blogging?

Showmanship, according to the infallible Wikipedia, is “the skill of performing in such a manner that will appeal to an audience or aid in conveying the performance’s essential theme or message.”

That should sound familiar. Conveying a theme or message to an audience is exactly what we’re doing with blogging and content marketing. Yet so many people struggle to develop a style that will set them apart from everyone else in their niche.

But even the most mundane niches can be made new and interesting if you’re willing to find something special you can bring to the table.

For example, one of my favorite performers is pianist Victor Borge, who could easily have achieved a fine career as a traditional classical pianist in front of a hushed concert audience.

Instead, he found a way to make the music interesting and entertaining by adding comedy to his performance.

His shows elicit roars of laughter from his audience — and when was the last time you saw the formally-dressed concert hall crowd rolling in the aisles? It was completely unconventional, but his audiences loved him for it.

And his mastery of the piano was undiminished.

Showmanship isn’t a gimmick. It isn’t tricking the audience.

If Borge had been a less-than-stellar pianist, he wouldn’t have been able to transcend the concert hall standards to create his own way of approaching the music. Putting on a show isn’t putting on a mask.

Find something that works for you and pursue it. No trickery or attempting to be someone else required.

Good showmanship, the kind that engages your audience, needs to have authenticity at its core in order to work. If you become a sleazy Internet marketer, resort to spamming, or engage in bait-and-switch schemes, your audience won’t care if you have the best show on earth.

No amount of showmanship can hide a scumbag. Instead, take your authentic self and add some style to create a “wow” factor that grabs the attention of your audience and won’t let go.

Your showmanship is what you bring that’s unique.

But “unique” doesn’t necessarily mean “good.” You could be the only blogger out there dressing in bacon and playing a ukulele, but that doesn’t mean you have valuable information to impart.

Stage presence is your ability to connect with an audience.

At this year’s BlogWorld, Brian Clark gave an excellent example of how to use stage presence.

So don’t feel like you need to be Naomi Dunford. I’m probably more like her in real life, but I choose to keep that on the down-low.

And it’s as [much] the “real” me as any other part of me, but we all play different roles.

So that’s just my two cents on authenticity. Be who you want to be to your people. Be the best “you” you can be for them — not for you, for them.

That’s stage presence. Knowing what part of your authentic self connects with your audience — and then choosing to emphasize that aspect — is the first step to becoming the main act instead of just the ho-hum opener.

Being interesting isn’t enough if you want to establish yourself as an authority. Being talented isn’t enough, either.

Let’s face it, talented bands that are one-hit wonders are interesting for a time — then they fade into obscurity. No one wants that for their blog.

If you want to build a sustainable business model, you need to create a unique style that commands the attention of your audience, builds a solid connection with that audience, and establishes you as an expert.

Develop your showmanship and stage presence and you’ll be headliner for years to come. Even after you’ve turned old and gray, you’ll still be a rockstar.

Logan Zanelli is the author of How to Go from Boring to Rockstar in 30 Days, a course that teaches you how to build a unique style and become the "rockstar" of your niche.