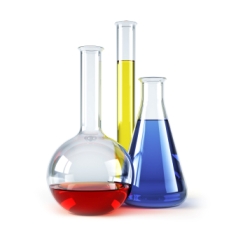 One of the most engaging features of the blogging platform is the commenting system.

Many bloggers believe there is as much or even more value in the discussion than the posts they write themselves. Comments are a classic form of social proof for blogs, and blogs that attract lots of comments appear more authoritative.

Because of all this, comments can become addictive, and many bloggers want to know how to get more of them. While there is a lot of great anecdotal advice out there from experienced bloggers, I thought some might appreciate a more data-driven approach.

Fortunately for you, I’ve spent the past few months analyzing data on more than 150,000 blog posts. And in doing that, I’ve identified four data points you can use to encourage more commenting on your site.

The first thing I noticed is that while articles published during the week generally tend to get more views, articles published on the weekends get far more comments. This may be because users have more freedom on non-work-days to take the time to share their two cents.

Then, when I analyzed the hour-of-day blogs posts were published during, I found that commenting peaked on articles posted in the morning, specifically around 8 and 9AM.

I believe this is because posts released early are in everyone’s inboxes and feedreaders when they check them in the morning and the rest of the day.

I also found some interesting things when I looked at words used in articles and how they correlated with comment numbers.

Posts that mention “giveaways” and “gifts” are commented on more than the average article in my dataset, as are posts that mention “recruiting” and “jobs.” In these tough economic times, everyone loves a present and many people need jobs.

The word “comments” also appears in this list, indicating that directly asking for comments on your post does work.

On the flip side of the coin, I noticed certain words were correlated with posts getting fewer comments than the average.

The list includes many technical, legal and financial terms like “settlements,” “derivatives,” and “franchise,” “investing.” While people are concerned with their own monetary issues, they’re not so excited about discussing the finance world at large.

What does your data tell you about the factors that seem to invite more comments?

Let us know (in the comments, of course!) what seems to increase (or decrease) comments on your site.

Previous article: The Rockstar Guide to Getting More Traffic, Fame, and Success
Next article: The 6 Elements of an Influential Web Experience