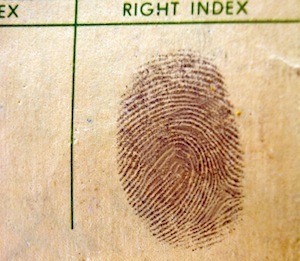 Almost every big Hollywood blockbuster you’ve ever watched has common factors. There is the star, and then there is the supporting cast.

So what does the supporting cast do?

The supporting cast have smaller roles, fewer lines. They have less work to do, but it’s crucial work.

Your sales page is a lot like that. And understanding how these two Hollywood factors work together can make all the difference in building landing pages that sell.

As every regular Copyblogger reader knows, a good sales page has features and benefits of a product or service. It has some fascinating bullet points. It has a strong headline. It has a compelling opening paragraph.

These elements are your supporting cast. They highlight the things that the customer needs and wants to know about your product or service.

But they’re not the star.

The star of your landing page is the uniqueness of the product or service. The star gets a lot more space. A lot more explanation. And in fact, the script writer (that’s you) may re-write the entire story to let a particular star shine more brightly.

Understanding the concept of the star and the supporting cast

If you understand this concept, you won’t beat your head against a wall trying to tease out the uniqueness of your product or service.

Realize that both the star of your landing page and its supporting cast have important roles to play. There’s an old theatre line that goes, “There are no small parts, only small actors,” and in the case of selling online, it’s true.

Only one element can be the star of your story. You need to find that single remarkable benefit (it may be “hidden” in the laundry list of benefits) that you can hook your story to.

Finding the star — that remarkable unique element — will take some work, but if you leave the big chunk of your page to spotlight it, it’ll do a lot of the heavy lifting for you.

A slightly flawed example of the uniqueness concept

If you ask anyone why they bought an Apple iPhone 4s, many will answer with one word …

Siri is an app on iPhone 4S that — by speaking directly to “her” — lets you send messages, schedule meetings, place phone calls, and more. Siri understands what you say (most of the time), talks back, and even “understands” the context of what you’ve asked.

So ask someone why they’re buying a 4s and they know the star — they know the uniqueness factor that’s causing them to lay down their cash for an upgrade. 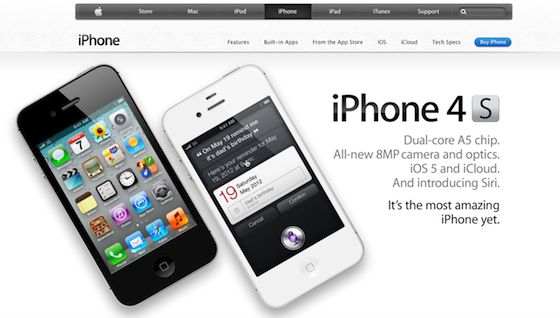 Can you spot the flaw in the landing page above? Of course you can.

The iPhone customer knows that Siri is the star — the uniquely remarkable benefit — but Apple is trying to stuff the whole enchilada into one graphic.

And worse, the real star gets booted to the bottom of the page.

But hold on, there are all those other features

There’s the  8-megapixel resolution and a custom lens with a larger f/2.4 aperture.

There’s the Dual-core A5 chip. Let’s not forget Video recording in 1080p HD.

They’re all playing their roles. But they are the supporting cast, not the star. Siri takes the lead role here. Siri is the reason that the 4s stands out like it does.

And so it will be with every single iPhone that Apple produces in the future:

There will be a star that will drive home the uniqueness. And there will be the supporting cast.

On your landing page, the star should always get the most lines. The most drama.  The most ad time.

Nothing should eclipse the uniqueness of your product.

Once the client knows why they want to buy a product, they’re no longer comparing phones — they’re now comparing iPhones. They’re actually rejecting the iPhone 4, even though it’s half the price or even less. And they’re choosing the iPhone 4s for that one reason only.

What’s your one reason?

Every product or service has several great features and benefits.

You’ve always been afraid to choose the uniqueness of that product, because it would mean that you’d have to slaughter and sacrifice the rest.

Technically yes, the slaughter and sacrifice is needed, but only while you’re making sure the uniqueness gets the star role. Once that role has been established, you can bring back the rest of the features and benefits to play their role as supporting crew.

And that makes a good movie.

And a good sales page.

And they’ll all live happily ever after.

Previous article: Why Your Marketing is Missing the Mark (And How You Can Fix It)
Next article: How to Increase Traffic and Revenue by Writing for Fewer Readers