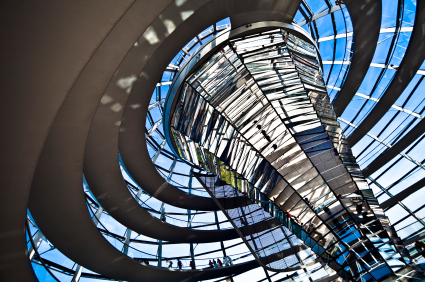 “What am I doing wrong?” I whispered to the computer screen.

A part of me wanted nothing more than to go to bed and forget about blogging forever.

And yet, there I was, hunched over the computer, as I dug through my traffic stats for the millionth time. Somewhere inside was the answer to why I wasn’t getting more traffic, and I was going to find it.

Some people would have said I was asking for too much.

The blog was already doing decently well, averaging about 100 visitors a day after only two months. I got at least a few glowing comments on every post I wrote. Several people had sent e-mails, complementing me on my writing.

But the problem was the blog wasn’t growing.

I was putting out better content than anyone else in my niche. I tried every traffic strategy you can name. I was working on it so hard that my day job was suffering.

And yet the traffic stayed the same. It was like I’d run up against some invisible barrier, and nothing would push me past it. I was beginning to think I’d be doomed to 100 visitors per day forever, and that certainly wasn’t enough to quit my job over.

I sighed and pushed back from the computer. “I’ll figure it out tomorrow,” I said, heading off to bed.

And the next morning I woke up with a peculiar idea that explained everything.

What if I told you the blogosphere has a sort of “glass ceiling?”

Anyone can start a blog. If you work hard, you can even grow it to a few hundred visitors a day or so.

But at some point, the growth stalls out. You reach a plateau.

It’ll be like you’ve run into a glass ceiling — an invisible but bulletproof barrier. You’ll see bloggers on the other side, and they don’t seem to be doing anything different than you are. But for some reason, they were able to break through, and you weren’t.

It took me two years and three failed blogs to figure this out. And the answer is nothing close to what I expected.

The good news about the glass ceiling is there is a door.

The bad news is it’s guarded.

You see, every niche has an “inner circle.” A group of people who command a lot of attention.

Everyone reads their blogs (or books). Their opinions are widely respected. And they often coordinate their marketing to help each other grow.

In the blogging niche, it’s people like Brian Clark, Darren Rowse, Chris Brogan, and Sonia Simone — who, of course, all came together to form Third Tribe. In real estate investing, it’s gurus like Bill Bronchick, Ron Legrand, and Robert Kiyosaki.

It doesn’t matter what niche or topic you point to; you’ll find an inner circle. And if you want serious traffic — and by serious, I mean thousands of visitors per day – the fastest way to do that is to convince members of the inner circle in your niche to promote you.

They’re not going to come find you

The odds are you’re not going to publish a post some day that makes all of the insiders in your niche want to know you. If you want their help, you have to proactively build relationships.

The bloggers who bypass the glass ceiling don’t just do it by publishing more or better content than everyone else. They also do it by working behind the scenes to build friendly relationships with people who can help them.

The question is, how?

That’s the last piece of the puzzle. And it’s one that I stumbled across totally by accident.

The key to building a popular blog

Late one night, I was working on my blog and just so happened to get an IM from Brian Clark. I’d been hanging around in the Teaching Sells forums for a few months, not only soaking up the content, but answering questions from other members. Little did I know it, but I’d caught Brian’s attention, and he reached out to me.

I was stunned. Copyblogger was quickly becoming one of the most successful blogs in the world, and I didn’t think I was anywhere close to being ready to write at that level. But I wasn’t going to miss the opportunity, either, so I agreed.

A week later, my first post went up, and it was the highest traffic day in the history of my new blog.

It wasn’t thousands of visitors, no. I still had a lot to learn about writing a really strong post.

But it was an eye-opener.

Brian’s help didn’t stop there. He gave me invaluable advice on how to grow my blog, and he started connecting me with power users who could help promote my posts on Digg and StumbleUpon.

Within a few weeks, I was up to an average of 2,000 visitors per day, and I had hit the front page of Digg, bringing me 20,000 visitors within a few hours. I was euphoric, and there was no question Brian’s generosity with his connections and advice were the key ingredient to making it happen.

So I started to wonder. “What if I did more of this?”

I started to guest post wherever I could, and before long, I was getting so much traffic that my server started to crash, and I had to switch hosting companies. Performancing even nominated my blog for the Best Business/Money Blog in the world.

But then I started to look around. I wasn’t the only one guest blogging. People like Leo Babauta, Chris Garrett, Sonia Simone, and Dave Navarro were doing it too.

And they were reaping incredible benefits.

That’s when it occurred to me: the best way to build a relationship with anyone is to give them something of value. It’s the whole principle of reciprocity. It goes back not just to the work of Robert Cialdini, but to the good old Golden Rule.

And what do popular bloggers need more than anything else?

Why guest blogging is such a powerful strategy

It’s hard to fathom when you’re a beginner, but running a huge blog is a lot of work.

You have to come up with something brilliant to post every day, or you risk losing the attention of your audience. No vacations, no holidays, no calling in sick. You have a huge crowd of people waiting to hear what you are going to say next, and it had better be good.

Many popular bloggers publish guest posts just because it gives them a day off. Someone else can take over the show, and they can take a moment to relax and regroup. It’s not laziness; it’s a creative necessity.

And it’s also a big opportunity for you.

Not only does guest posting give you a chance to connect with a huge audience, but it also makes you a sort of understudy. The blogger begins to care about you and how you’re progressing, and they’ll go out of their way to help you grow.

Lots and lots of traffic.

Look into the history of almost any popular blogger, and you’ll find they guest posted for other popular blogs. In fact, go through the list of 30 bloggers to watch in 2010, and over half of them have written for Copyblogger alone.

It’s not a coincidence. It’s the way the blogosphere works.

Everyone talks about building a relationship with your audience — and that’s critical. But few talk about building those relationships behind the scenes. Not sucking up or trying to exploit anyone, but making yourself useful and valuable.

Becoming a contributor to their success is one of the best ways to build your own success. That makes guest blogging a smart strategy.

Stay tuned and I’ll give you some quick tips for exactly how to do it.

About the Author: Jon Morrow is the Associate Editor of Copyblogger. Get more from him on twitter.