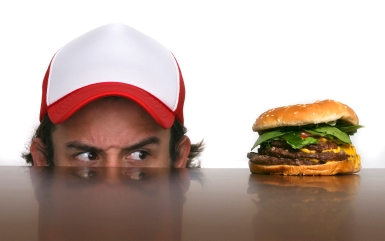 Earlier this week on TechCrunch, Michael Arrington wrote an alarmed post about “fast food content that will surely, over time, destroy the mom and pop operations that hand craft their content today.”

Mom and pop operations and hand-crafted content sounds an awful lot like you and me, doesn’t it?

So is this actually something we need to worry about? Is what Arrington calls “the rise of cheap, disposable content on a mass scale, force fed to us by the portals and search engines” going to destroy the businesses we’re building on a foundation of high-quality content?

Arrington is deeply concerned about sites like AOL and Demand Media, which scrape and mash real content into something that’s theoretically legitimate (since it was compiled by a human being rather than a piece of software), but in practice gives no value to the reader.

This “mainstream spam” can be efficiently optimized for search, or thrust onto the unsuspecting eyeballs of AOL users. (Haven’t the poor things suffered enough already?)

Arrington believes there’s no hope against this onslaught of junk content, which is going to overwhelm all of the good stuff.

Arrington advises content creators (that’s you and me) to:

Figure out an even more disruptive way to win, or die. Or just give up on making money doing what you do. If you write for passion, not dollars, you’ll still have fun. Even if everything you write is immediately ripped off without attribution, and the search engines don’t give you the attention they used to. You may have to continue your hobby in the evening and get a real job, of course. But everyone has to face reality sometimes.

Apart from the whining, the exaggeration, and the hysteria, the problem with Arrington’s argument is it’s based on a number of bad assumptions.

Bad assumption #1: Search engines and mega portals are the only way to get traffic

AOL is feeding their content slop to their “massive” audience (which, in fact, is shrinking at rates that would make Biggest Loser proud). Arrington makes the assumption that those AOL customers won’t come find your non-crap content, because the fast food stuff is the only thing on their radar.

This then leapfrogs to another bad assumption, that the only way anyone sees content is to find it on a mega site like AOL, or via a search engine like Google.

AOL’s user base is still big enough that I’m sure they’ll get some readers at least skimming their stuff.

But when it comes to content, Darwin rules. If content doesn’t meet the needs of users, it dies. We can’t even force grade-school kids to read what doesn’t engage them. What makes us think that AOL can “force feed” their users anything?

And what makes us believe that even if those users do skim AOL’s lame content, that they’ll never read anything else, or that, when they have a particular need or concern, they won’t go actively looking for something more useful?

Business tip for TechCrunch: when you find yourself afraid of a stumbling dinosaur like AOL, there’s something gravely wrong with your thinking, your business model, or both.

Now I hold no illusions that Google is a benevolent, all-knowing deity that rewards the just and punishes the wicked. But based on observation, it’s pretty clear that Google would rather serve good content than scraped and mashed junk content.

Google wants their searchers to find a good experience on the other side of their search result. If sites like Demand Media, a video producer that slaps together 4,000 videos a day in what amounts to content sweat shops, can deliver content worth watching, they’ll do well.

If they don’t deliver something worth watching, they don’t give Google’s searchers the experience Google wants to deliver. Which means Google becomes less valuable.

Google can’t be “force-fed” any more than readers can. There’s no reason to believe they’ll treat this “hand assembled” spam more kindly than the bot-created kind.

Arrington also says that sites like the New York Times are “outright stealing” his content and passing it off as their own. (And he warns you, little mom and pop, that your content’s going to be stolen without attribution as well.)

By “stealing,” Arrington apparently means that when TechCrunch publishes a breaking story, the New York Times often writes a story on the same topic, using their own reporters and neglecting to thank him for his tireless journalistic efforts.

If you’re not TechCrunch, this is not a problem that you need to spend even four seconds thinking about. You already know from hanging out on Twitter and reading blogs that news spreads more quickly than anyone’s ability to control it, and that nobody “owns” a breaking story.

For those of us who create “hand-crafted” content, what we say isn’t nearly as important as how we say it. We rarely break news (although occasionally we become the news.)

If readers want the latest news, they rightly go to a site like TechCrunch, the Times, or, increasingly often, Twitter.

It’s when they want useful knowledge, insight, or analysis that they come back to us. Plus, there’s a reason we get you to focus on delivering educational content versus commodity news, right?

We’re valuable precisely because we can cut through the noise and give them only what’s useful and relevant to them.

I’m sure it’s irritating to Arrington not to get a linkback from the Times, but that’s his headache, not ours. He seems to be doing ok without it.

Bad assumption #5: You need millions of eyeballs to make a living

In other words, the only possible model is to attract enough attention (via search engines, for your breaking news) to monetize your site with advertising.

But you already know that’s not a business model for the real world.

Let’s say you have a blog that gives business advice to yoga teachers. You’ve paired that with a simple but effective marketing system to sell group coaching, individual consulting, and information products to readers who want to go further with what you’re teaching. You only need to find a few hundred customers a year to make a very nice living.

So what should a “whole food” content producer do?

Exactly what you were doing yesterday.

Keep your eyes on your audience, not Chicken Little pundits telling you (again) that you can’t make a living.

Keep following the First Rule of Copyblogger. Keep creating content that rewards the reader for consuming it. Keep cutting through the clutter and noise by being smarter, more relevant, and more interesting.

Fast food content is just the latest incarnation of an old affliction — spam. If it hasn’t killed us yet, this new version isn’t likely to make much of a dent.

For content-based marketing strategies that work in the real world, sign up for the free Copyblogger email newsletter, Internet Marketing for Smart People. It’s packed with the information and advice you need to create real business success, and it’s 100% hysteria-free.

Previous article: How Your DIY Attitude Is Keeping You Poor
Next article: How to Brainstorm Brilliant Ideas for Your Blog