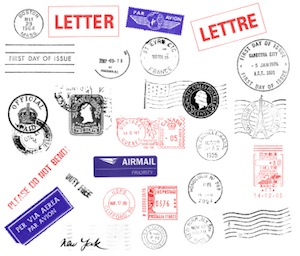 Persuasive email campaigns are a long studied art and science, of particular interest to copywriters.

If you’ve ever watched HBO’s hit series, Game of Thrones, you’ve seen key political figures try to outflank one another in bloody campaigns to win the highest office of the land, the Iron Throne.

In the show, based on the bestselling fantasy novels by George R. R. Martin, ravens are used as messengers between heads of military camps who all live in a land sadly devoid of the Internet.

In real life, however, ravens have never been used as messengers because they lack a strong directional sense (they’re great at cleaning up road-kill though).

It was homing pigeons that were used in real military campaigns as far back as the 6th century BC, and even as recently as World War II, to carry important information back and forth over enemy lines.

What on earth do pigeons have to do with email marketing?

Believe it or not, they are strangely tied to campaigns of influence that have been waged for the hearts and minds of the public for ages. Check it out …

Campaign [kam-peyn] noun
A concerted effort to accomplish a goal.

One early definition of the word campaign — as used by military generals — was a simple command to “take the field.”

Only later did it take on the more familiar political meaning of a set of organizing efforts of swaying public opinion.

Is it a coincidence that marketers use the word campaign so often, as in “ad campaign” or “email campaign?”

Absolutely not, since what we do as writers of “campaigns” is use our concentrated powers of the English language to persuade with words.

Nations have been won and lost with words, and great writers throughout history have paid close attention to this indestructible truth.

Philosophers, kings, and copywriters all use these methods

As attention spans shrink, we — the writers, the makers of the Internet — constantly seek more effective ways of connecting with our respective audiences.

But we often overlook the simplest and most effective means of communication we possess as online publishers: a direct, personal and valuable message.

I’m not arguing for a shift to a pigeon-fueled marketing campaign (too messy), but I am lobbying for the simplicity and grace of email for communicating effectively and efficiently with your clients and customers.

Fact: Campaigns of influence have been waged since the beginning of the written word.

Aristotle (circa 300 B.C.) was a pretty influential guy who wrote a little treatise called Rhetoric that pretty much changed the world forever.

Loosely defined, rhetoric is the art of one person trying to persuade another

And Aristotle classified the three most important things that all effective persuasive arguments should possess:

Ethos, pathos, and logos make up the backbone of any persuasive argument, and turn the wheels of the human mind, the language of desire.

Advertising is the literature of desire. It is society’s encyclopedia of dreams … advertising gives form and content to desire.

We are all so wrapped up in the inner workings of our minds, our desires and problems, that we often lose sight of the basic building blocks of our civilization.

On each of the many screens laid out before us — desktop, notebook, or smartphone — stories are told with every click of the mouse, the very language of online persuasion.

Alexander the Great was a student of persuasion

What would one of the greatest rulers of all time have taken on his campaigns to win the hearts and minds of his vast empire?

Rhetoric, as taught to him by his famed teacher Aristotle.

Not only would the armies of Alexander the Great use war pigeons to communicate, but Alexander learned the basic building blocks of persuasion taught to all great leaders in perpetuity.

Is it strange that he went on to become one of the most-studied conquerors in history with an empire that stretched from the Mediterranean to Tibet?

No, because Aristotle prepped him well for battle with three secret weapons that all influential email campaigns should be equipped with:

Was Aristotle the father of modern marketing? Perhaps. But he was also the progenitor of the modern political argument that has shaped much of the world as we know it.

A modern student of rhetoric takes the stage

Fast forward to the present, where a controversial president — well-versed in the school of rhetoric — hires a well-regarded copywriter to help retain his throne.

Did Obama use war pigeons? In a sense, he did.

He built his re-election around one of the most technologically savvy email campaigns in history.

And he hired a kick-ass copywriter to help it all come together, Jim Messina.

Messina in turn found another trusted ad-man, Joe Rospars, to spearhead an email marketing and social media campaign that would go into the record books by raising almost $700 million.

The team heavily A/B tested everything from subject lines to content strategies to hone their results to perfection.

That was their email strategy, in a nutshell.

The results were unprecedented. One email alone raised $3 million.

Here’s an example of one of the Obama campaign emails:

Now forget everything you know about politics.

Because I can tell you that the coming months will be like nothing you’ve seen from a campaign. If we’re going to win, we have to be tougher, smarter, and more innovative than ever before.

The President has a job to do, so he’s asking each of us to take the lead in shaping this effort.

That work begins now in your community.

Your leadership today will help build this campaign over the next few months and right up to November 6th.

You may be asked to recruit other volunteers, register voters, or talk to your friends and neighbors about what they hope to see from this campaign. You may sign up to volunteer today and end up leading a canvass this summer.

I got my start empowering residents in mobile home communities in Missoula, Montana — a long way from Washington, D.C. As an organizer, I know it all starts in our own backyards. Committing to a campaign is a huge first step, but it’s the decisions we make from that point on that determine success.

Whether you’re a first-time supporter or a veteran volunteer, this campaign belongs to you. You own it, and you power it.

This is an exciting time to get involved — sign up to be a volunteer today:

Can you see why this would work?

Granted, that email was written for a specific audience regarding a specific political campaign, and probably vastly different than what would work in the context of your audience and topic.

But, Lisa Nirell broke down very well — in an article for Fast Company — how Obama’s email marketing pushed all the right buttons.

Joe Rospars was called the “Karl Rove of the internet,” and he was surely inspired by that Republican consultant’s own successful direct mail campaigns for President George W. Bush.

Together, the Obama re-election team constructed some incredibly advanced methods of persuasion, all built on a rock-solid technological platform that will probably change how campaigns are run in the future.

Their workhorse was the simplicity and effectiveness of the persuasive email campaign.

The thread from Alexander the Great to President Obama to you …

They both had access to cost-effective means of communication with their constituencies, and they both employed the foundational tenets of rhetoric.

The backbone of any great email (or content marketing) campaign is built on the framework of persuasion, a la Aristotle, and developed over thousands of years.

In Sam Leith’s short piece for the NYTimes on rhetoric he outlines the classic art of persuasion.

The persuasive technique of rhetoric that stands out to me the most?

Sprezzatura: The naturalness of a well-crafted argument

In other words, the more sentences relate to one another as a whole, the less likely your reader will notice the writing and be absorbed by the story.

Leith expands on his study of rhetoric in his book Words Like Loaded Pistols (a must for all word-geeks), and reminds us:

We exchange information because it is either useful or delightful, because it does something for us … language happens because humans are desire machines, and what knots desire and language is rhetoric.

As copywriters we strive for a naturalness that doesn’t distract, writing that is a clear pane of glass containing no smudges.

Good emails need to be seamless to work well

At a time when email is as prevalent as ever, its power is hard to ignore. According to recent marketing surveys:

Your influence is built on trust

At Copyblogger we harp on the first step in any effective email marketing campaign: establish your authority by becoming the likable expert for your audience.

With a commitment to building a relevant and targeted email list, you can deliver the authority and trust to your expectant fans, and develop a long-term conversation that eventually grows your business.

With a solid platform to work on, and your own website that isn’t built on someone else’s soil, email is easily the most effective means by which to connect with your audience and grow your brand.

In my previous post for Email Marketing that Works I hit on just a few of the extremely successful email marketers who have sky-rocketed their businesses online.

In retrospect, the strategies for successful email marketing aren’t secrets at all, and the ROI is pretty irresistible.

We have a wealth of resources here on the site to help whenever you need it, starting with Email Marketing 101.

Effective email marketing campaigns begin with a kick-ass strategy and one other very important thing … your first email.

And if you spotted some examples of rhetoric in my arguments above, drop them into the comments.

Cheers to 2013, a great year ahead for online writers!

Previous article: How to Become an Influential Writer in the Age of Author Rank
Next article: 5 Ways Freelance Writers Can Earn a Flood of Repeat Business