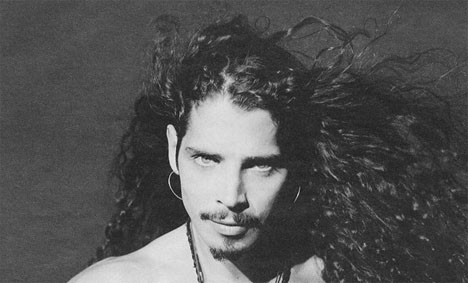 That metaphor is from the 1991 Soundgarden song Outshined, written by front man Chris Cornell. He shared an interesting anecdote about writing those very personal words in a magazine interview:

“I came up with that line — ‘I’m looking California / And feeling Minnesota,’ from the song ‘Outshined’ — and as soon as I wrote it down, I thought it was the dumbest thing. But after the record came out and we went on tour, everybody would be screaming along with that particular line when it came up in the song. That was a shock.”

Instead of the “dumbest thing,” those are the most famous six words Cornell has ever written. In addition to being a fan favorite, the line inspired both a movie title and an ESPN catch phrase whenever Minnesota Timberwolves player Kevin Garnett was in the news.

Why did it work? Because with those six words, Soundgarden’s audience understood instantly what Chris Cornell was trying to convey. That’s the power of metaphor. Cornell is no slouch in the lyrical department, and yet he was taken aback by how well this particular metaphor worked.

So, how do we non-rock-gods know if our metaphors are any good? That they will actually help us inform and persuade our readers in the way we intend?

As with all writing, the only true gauge of effectiveness is to put it out there and see if it works, just as Cornell did. But there are checklist items that we can refer to when formulating and evaluating metaphors before unleashing them.

Here are five things you’ll want to take into account when it comes to using metaphor in your writing.

Using minor metaphor throughout your copy is fine, but you can truly capitalize on the technique at potential points of confusion and resistance. If a particular point is difficult to understand, craft a metaphor to smooth it over. When attempting to persuade or sell, identify potential objections and reframe the issue via a relatable metaphor.

Don’t waste your metaphorical juice on points that are easy to understand or non-objectionable. Rather, look for potential sticking points that impede the reader’s understanding or acceptance.

It’s tempting for some to come up with a great analogy and just let it stand with the basic comparative expression. Subtlety is nice when it comes to challenging works of art, but you’re shooting yourself in the foot from a communications and persuasion standpoint.

Just like express benefits work better than implied promises, you’ve got to expressly circle back to your point and close the metaphorical loop to ensure maximum comprehension. Don’t be arty, be clear.

You’ve heard you should never mix metaphors. It’s an excellent rule of thumb, but copywriters effectively mix metaphors all the time. The real worry is metaphors that cause confusion instead of clarity. Mixing metaphors can easily do that, but so can metaphors where the comparisons are so tenuous that they work against you.

For example, in my last post I wrote “barrels them down a slippery slide to your call to action.” That’s a mixed metaphor, but the two are so tightly integrated that I went with it, because it creates a vivid mental image that’s also logically consistent. On the other hand, “She waltzed across the dance floor like a putt on a slow green” is not a mixed metaphor, but there’s no logical connection for the left brain to latch onto. Remember, metaphor catches attention via the emotive right brain, and closes the deal via the logical left brain.

Chris Cornell nailed a perfect metaphor with his fans in only six words. Odds are it will take more than that for you and me. This is similar to the problem of failing to “close the loop” and expressly relate back to your point, but it’s really a lack of sufficient elaboration to truly drive home your point.

For example, “closing the loop” is analogous to the dramatic climax of a film or novel—the point of highest tension or drama in which the outcome is made known. To make sure the point is truly made, you follow with the dénouement—the absolute conclusion where all conflicts are resolved. That’s where clarity and persuasion truly live.

Cliché is the bastard child of metaphor—often perfectly worthy and yet generally looked down upon. The true test of whether or not any metaphor is appropriate depends on the context, not whether a linguistic snob scoffs at you or gives you props.

On one hand, a cliché performs badly because it is simply too familiar. The impact of the cerebral imagery is diminished by the sheer redundancy of the expression. On the other hand, a familiar metaphor can be comforting when wading into complex analogies. If it’s really an “apples and oranges” situation and that makes the reader more comfortable, then do it. Otherwise, opt for original metaphors that spark the reader’s imagination in a whole new way.

I’m not going to lie to you… it may take you longer to nail the perfect clarity-inducing or objection-slaying metaphor than it takes to write the entire rest of the piece. But done correctly, it’s the element that will make the most difference.

Previously in the Blogging Metaphorically series: