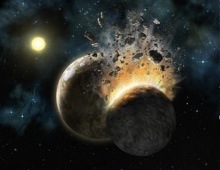 Matter meets antimatter, cats are sleeping with dogs, and President Obama is going to grab a venti soy latte with Rush Limbaugh.

And in other end-of-the-world news, I’m going to be having a chat with the most curmudgeonly marketing guru of all time…

Actually, I’m not chatting with Kennedy himself, but with his business partner Bill Glazer. Bill and I spent about an hour on the phone last month, recording an interview for Dan Kennedy’s “Gold” CD membership. It should be in the mail to Kennedy’s subscribers in the next week or two.

If you know my work and Dan Kennedy’s, this looks a little weird. It would be hard to come up with two marketers who have more different styles than me and Kennedy.

He mistrusts the Internet and has no use for it personally. Creating online and email content for smart people is how I make my living.

So why do I read Kennedy’s books and subscribe to his monthly newsletter?

Because no one else lays out the fundamentals of direct marketing like Dan Kennedy does. He’s branded his blunt, straightforward style as “No BS,” and actually, it is.

In Kennedy’s world, you live or die by your unique selling proposition. He has no patience with your opening a fine art gallery in Taos because you’ve always wanted to do that. His relentless cry is So What? and How Do You Justify Your Existence?

Kennedy’s also a longtime proponent of personality-driven marketing. His greatest marketing sin is being boring (and it should be yours, too).

He might not look like a direct descendant of the 60s, with its emphasis on self-expression and individuality, but in that one (and only) sense, Dan’s as big a hippie as I am.

(He’s definitely going to send hired killers to my house for saying that.)

What blogging can show Dan Kennedy

I met Bill when I was giving a talk on blogging at Yanik Silver’s most recent Underground Conference. (That weird and fascinating weekend planted the seeds of the Two Tribes idea.)

Glazer’s known for being a tough-minded, no-nonsense guy. Before our conversation, I was expecting a hard-nosed approach that would have me spending a lot of time justifying this warm-and-fuzzy blogging stuff.

So I was a little taken aback when Bill told me that a cornerstone of his business philosophy is that “you can’t give good away. It keeps coming back to you.”

It turned out that Bill and I were on the exact same page. We both believe in generosity as a core business value. We both believe that relationships with customers are the cornerstone of success. And we both know that giving freely is actually a smart investment.

If you want to check it out

The Glazer-Kennedy folks offer a nice fat free trial for their newsletter and CD product. (They’ve modestly called it the Greatest Free Gift Ever. No one ever accused these guys of false modesty.)

You get two months free of their newsletter-and-CD combination. Every month they cover direct response techniques with lots of examples, sample marketing pieces, and stories. Plus Dan calls a couple of people wimps, weaklings, or idiots. They also send you a truly gigantic box of stuff that will let you decide if their stuff is right for you.

It may not be. The tone and the voice they use are about as far as you can get from the blogging universe. There is nothing remotely hip, countercultural, or web 2.0 about it. You may find, as I do, that you can spend hours translating their ideas into the web 2.0 space.

Which is exactly what makes for content that’s sharp, engaging and captures attention. And, oh yeah, at the end of the day, content that can sell something.

My guess is that if you want to get the free trial in time to hear my interview, you should sign up fairly quickly. It was an interview that had some twists and turns that surprised me, and I think you’ll get a lot out of it.

Click here to check it out. (The link launches into a video with Bill Glazer explaining the offer, so turn your speakers down if you need to.)