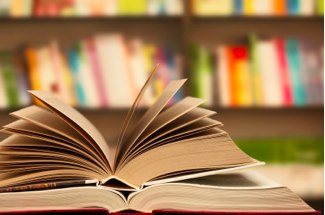 I’m going to talk about research. No, research is not very fun, and it’s never glamorous, but it matters. A lot.

If you want to be able to make compelling case for something — whether it’s in a book, on a blog, or in a multi-million dollar VC pitch — you need stories that frame your arguments, rich anecdotes to compliment tangible examples, and impressive data so you can empirically crush counter arguments.

But good research doesn’t just magically appear. Stories, anecdotes and data have to be found before you can use them.

You have to hunt them down like a shark, chasing the scent of blood across the vast ocean of information. The bad news is that this is an unenviable task … but the good news is that it’s not impossible.

It’s not even that hard … once you learn what you’re doing — and I’m going to teach you those skills.

By the time I was 21, my research had been used by #1 New York Times Bestselling authors like Robert Greene, Tim Ferriss, and Tucker Max. Was I a slave to study? Did I have to become a library hermit to accomplish this? No, I did it all in my spare time–on the side, with just a few hours of work a week.

In The Black Swan, Nassim Taleb proposes a test.

Someone walks into your house and sees your many books on your many bookshelves. Have you really read all these? they ask. This person does not understand knowledge. A good library is comprised in large part by books you haven’t read, making it something you can turn to when you don’t know something. He calls it: the Anti-Library.

I remember once in college, the pride I felt about being able to write an entire research paper with stuff from my own anti-library. We all have books and papers that we haven’t read yet. Instead of feeling guilty, you should see them as an opportunity: know they’re available to you if you ever need them.

When I met Robert Greene and he asked me to become his research assistant, the only thing that changed was that I started getting paid.

I’d already marked and organized hundreds of books with interesting leads and material and many other relevant books I had yet to get to. I had a Delicious account with countless links to articles and pages that might “someday” be of use. I’d been practicing on my own by researching examples of some of the famous laws in his books after they’d been published — in case I ever got called up to the big leagues.

This is the mark you must aim for as a researcher, to not only have enough material — and to know where the rest of what you haven’t read will be located — on hand to do your work. You must build a library and an anti-library now … before you have an emergency presentation or a shot at a popular guest post.

Google is great, don’t get me wrong, but you’re screwed if you haven’t prepared beforehand.

How do you find a needle in haystack? Get rid of the extra hay.

What seems like an overwhelming mass of information is often mostly noise. Eliminate it. Take a tip I learned from Tim Ferriss. When he was researching for the secrets behind health and diet, he used a few specific hacks to drastically reduce the search area he needed to cover.

For example, if he was looking for a high level athlete, he’d go on Wikipedia and find the world’s first and second-best athletes in that sport from a decade ago. Why? It meant there would be plenty of available material and unlike athletes currently on top of the world, these would be willing and available to talk.

He’d search Google with phrases like “[My closest city] [sport] [‘Olympian’ or ‘world champion’ or ‘world record’]” A search for “San Francisco bobsled Olympian” might get him a recently retired team doctor — the perfect lead to start with.

In other words, don’t look for just any needle in your haystack of choice. Look for the right needle.

Me, I like to look for phrases, in order to find unlikely subjects.

Let’s say you were looking to talk about a great fighter pilot — not some legendary WWII figure but someone current, relevant to today. You’re not in the military, how are you supposed to find this guy? I like to think about it from the perspective of the writers who came before me, how would they have described the person I’m trying to find? What superlatives would they use? Probably stuff like “The Last Ace,” “Living Aces,” or “America’s greatest living airman.”

You’re looking for words that will appear in a profile or even in the headline of an article about the person you are looking to find, so that you can troll LexisNexis, Google News Archive, and even Google itself to find that person.

The phrase “The Last Ace,” as it turns out, happens to be the title of a fantastic article in The Atlantic by Mark Bowden and now you’ve got your fighter pilot (and one of the main subjects of Robert Greene’s new book).

A couple years ago, I was contributing to a project and needed to make an analogy to mountain climbing — about a climber’s feel for the mountain.

Well, I don’t know anything about rock climbing. But I did remember seeing a commercial once with the founder of Patagonia talking about how he loved it. I found my example but decided to take a chance with something more: buried in the founder’s Wikipedia page was a mention of his friend, a named Fred Beckey. Who is he? I had no idea, but I started reading about him and it turns out he was awesome. And he led me to another climber, who ended up supplying me with the perfect quote.

You have to embrace the accidental.

In researching my own book, which was sold to Penguin for a major, six-figure advance, I read nearly everything I could find about the history and ecology of media. But that’s not where I found my best material.

In a book about media (and my own personal experiences) I somehow made my strongest citations from Ender’s Game, The Long Goodbye by Raymond Chandler, All the King’s Men by Robert Penn Warren, Status Anxiety by Alain de Botton, and a handful of other books.

Directly, these books had nothing to do with what I was writing about, but because my mind was primed to see connections, I found them in the most unusual places.

I can’t tell you how many leads I’ve tracked down from random Wikipedia citations. Explore what you’re curious about and know, and let it lead you to what you don’t.

One of my rules as a reader is to read one book mentioned in or cited in every book that I read. It not only solves the problem of ‘what to read next’ but it sends you on a journey down the rabbit hole.

Step 4: When in doubt, turn to the classics

Remember, there is nothing new under the sun. And if we’re all just saying the same things with new words, what quote is going to have more authority: one from Tacitus or some flavor-of-the-month blogger?

For me, when I research, the blank icon of an out of print book on Amazon is a clue not just that I have found something unlikely to have been overused by others, but something I can mold to my purposes (plus they only cost like $.01!).

There’s a character in Murakami’s Norwegian Wood who wouldn’t read books unless the author had been dead for 30 years. That’s a little ridiculous, but it’s a start.

The Classics are “classic” for a reason. They’ve survived the test of time. Consider it the survivorship bias put to your advantage. Von Clausewitz once said that military historians love to cite Greek and Roman history because, as the oldest and most obscure, it is the easiest to manipulate. I don’t see that as an admonishment, I see it as a helpful suggestion from a master of persuasion.

While researching an article I wrote for Tim Ferriss’s blog, I discovered (and subsequently borrowed) a tool used by the famous essayist and experimenter Montaigne.

Montaigne kept what he called a “common place book” — a book of quotes, sentences, metaphors and  miscellany that he could use at a moment’s notice. I keep a more modern — but still analog — version of this book. I write everything down on 4×6 note cards, which I file in boxes. (You could do this digitally, I suppose, but the physical arrangement — being able to lay them out on a desk — is critical to my work)

This means marking everything you think is interesting, transcribing it and organizing it. As a researcher, you’re as rich as your database. Not only in being able to pull something out at a moment’s notice, but that that something gives you a starting point with which to make powerful connections. As cards about the same theme begin to accumulate, you’ll know you’re onto a big or important idea.

For me, I have two book ideas percolating, each about 200 index cards full. Will something come of them? I don’t know, it depends on how many more connections I make, how many random coincidences align to bring those connections to light.

All I know is that my last book (close to 1,000 cards) came together this way.

Maybe you’re not a writer or a blogger. But, we’ve all found ourselves in a position where we need to convince people to do things they are not inclined to do.

When force is not an option, what do we do? We use the next best thing: persuasion. And when it comes to persuasion stories are important.

These things do not appear from thin air, or fall in our lap. We must search for them like a professional.

But as I’ve shown, this doesn’t need to consume your life. It can be done efficiently and expertly by focusing our efforts on the right levers. With preparation, we lengthen our runway. By eliminating noise, we drastically reduce the size of the search. With serendipity, we set ourselves up to be lucky and by relying on the classics, we give our arguments more weight. And by organizing and collecting this information properly, it is there wherever (and whenever) we need it.

Even if our research isn’t used today — or even tomorrow — it can still have immense value for us throughout our lives. I’ll leave you with Seneca’s persuasive case for noting, repeating and memorizing material …

My advice is really this: what we hear the philosophers saying and what we find in their writings should be applied in our pursuit of the happy life. We should hunt out the helpful pieces of teaching and the spirited and noble-minded sayings which are capable of immediate practical application — not far-fetched or archaic expressions or extravagant metaphors and figures of speech — and learn them so well that words become works.

Ryan Holiday is the bestselling author of The Obstacle Is The Way. Based on timeless philosophical principles and the stories from history's greats, The Obstacle Is The Way reveals a formula for turning difficulty and tribulation into advantage. Ryan is also the author of Trust Me, I'm Lying and Growth Hacker Marketing and currently an editor at large for the New York Observer.

Previous article: 6 Elements of a “Sticky” Pinterest Campaign
Next article: How to Find Your Own Independence Day