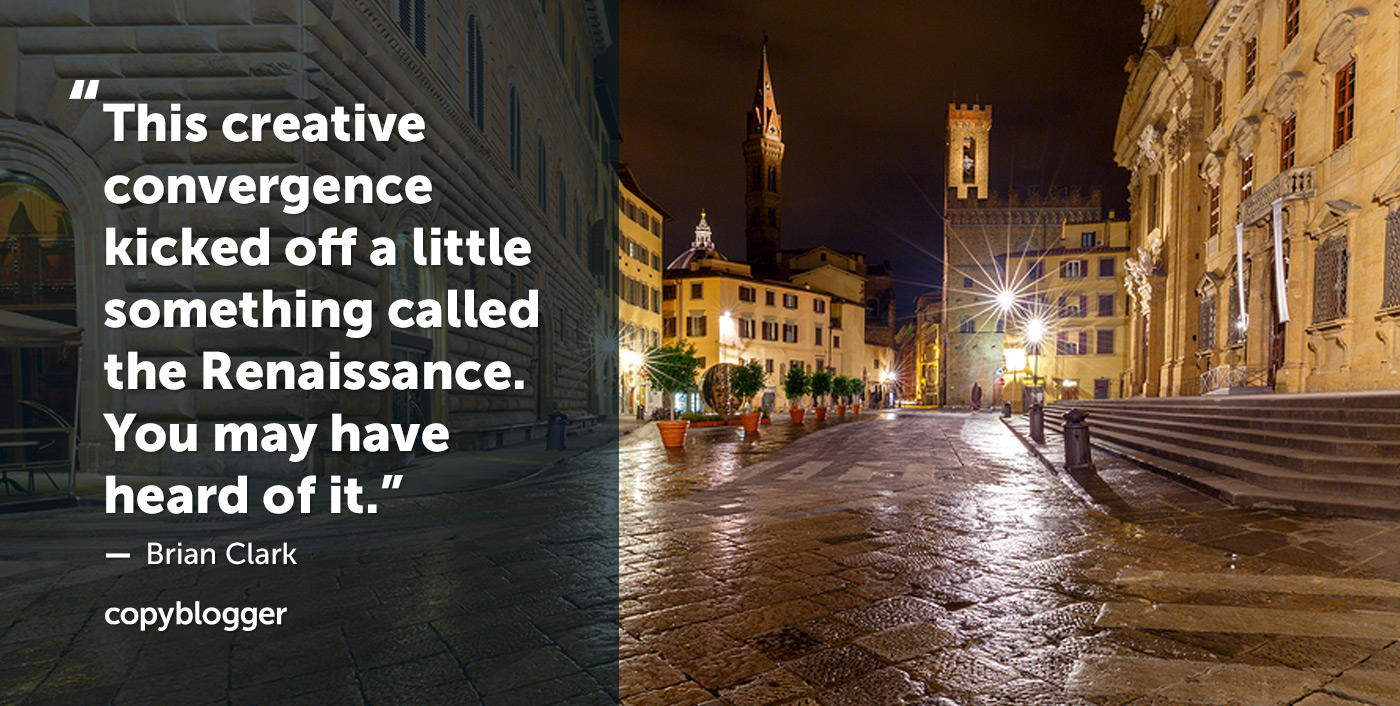 Do you know what happens down at the crossroads?

Legend has it that Robert Johnson — the most famous of the Delta blues musicians from the 1930s — took his second-hand guitar and went down to the crossroads in the middle of the night.

When the young plantation worker returned home, his guitar skills had taken a quantum leap.

The overnight improvement in Johnson’s playing wasn’t just significant; it was supernatural. Something strange happened down at that crossroads.

Word got around that Johnson ventured to the crossroads to meet the Devil himself, and sold his soul to become the best blues guitarist who ever lived.

Sure enough, less than a year later, Robert Johnson was the king of the Delta bluesmen, and created, played, and sang the greatest blues anyone had ever heard.

Johnson is now known as the “Grandfather of Rock and Roll,” and has influenced artists ranging from the Rolling Stones and Led Zepplin to The White Stripes and Red Hot Chili Peppers. Not too shabby.

What if you could achieve the same level of success and influence with your content?

The simple truth is you can.

You’ve just got to get yourself on down to the crossroads. And you won’t even have to sell your soul to the blogging devils of personal attacks and manufactured controversy to do it.

Come on down to the crossroads … in Florence, Italy

In between the 13th and 17th centuries in Florence, Italy, the powerful Medici family ruled the land. Some believe that the Medici family was at one point the wealthiest family in all of Europe.

The Medicis used their power and wealth to support poets, philosophers, scientists, architects, painters, and sculptors from all over Europe and elsewhere.

Talented people of diverse disciplines converged on Florence to enjoy the patronage of the Medici family, which established a creative and cultural crossroads in Tuscany’s capital city.

This creative convergence kicked off a little something called the Renaissance. You may have heard of it.

The Renaissance was one of the most innovative eras in human history, and many credit the Medici family as the catalyst that made it possible.

By attracting talented souls from so many different fields and cultures, the Medicis caused these varied artists and scientists to come in contact with one another, trade ideas, and discover the intersections that allowed for giant leaps in creativity and innovation.

In other words, allowing people to seek and find the connections between different disciplines and cultures led to an explosion of exceptional ideas.

This intersection of ideas produced huge advances in literature, philosophy, art, politics, and science from the 14th through the 17th century, starting in Italy and spreading throughout Europe and the rest of the world.

Exploring the intersection of ideas can also lead to an explosion of exceptional content — which can lead to links, traffic, subscribers, and revenue.

You still with me?

How to locate the intersection of ideas

Sorry, you’re not going to find this intersection on Google Maps. But it certainly might help if you strive to go different places, both mentally and physically.

When you boil it all down, finding the intersection between seemingly unrelated ideas is all about observation. You need to be constantly looking in order to find the connections.

But you also need to be looking in different places. In order to think different, you’ve got to observe different (bad grammar powered by Apple).

To me, this is the most important and essential trait for any creative person.

You’ve got to go well beyond learning everything in your niche and try to simply learn everything.

Naturally curious people seem to come up with ideas easier than most, so kick your curiosity up a notch and investigate any topic that interests you.

Then, learn about things that don’t interest you — you might be surprised by what you end up enjoying. You’ll also see more connections between things you thought were unrelated.

Leonardo da Vinci believed that to truly understand something, you need to look at it from at least three perspectives.

Leo did alright for himself, so maybe his advice is solid.

The ability to look at something that everyone else is looking at and see it differently is the hallmark of creative thinking, and practice makes perfect.

Train yourself to dispense with the commodity of opinion and examine things from multiple perspectives. You’ll be amazed at what you find when you play Devil’s Advocate.

Many people think that creativity is something to schedule, like a staff meeting or a luncheon.

While setting aside time for “brainstorming” and “thinking outside the box” can be helpful, you’re still perpetuating an illusion.

The truth is, there is no box, and you have the ability to be creative at any moment.

One of the great benefits of online business is freedom from the tyranny of geography.

And the more we see of the world and different cultures, the more our minds open up and see limitless connections and possibilities.

One of the worst things we can do to ourselves in terms of creativity is stay within the realm of the familiar.

So make it a point to get out, do new things, and travel to new places. You’ll have to check with your accountant to see if a trip to Prague counts as a business expense, but there’s no doubt it can seriously help your business.

Are you a talker or a listener?

This is something I’ve really tried to work on, because I learn so much when I shut up and listen.

Every person you meet has a perspective that differs from yours, and you can learn amazing things from simply listening.

Just like the Medici family brought all sorts of different people together and sparked something phenomenal, you too can create a content renaissance by interacting with as many different people as possible.

So, there’s five ways to find the intersection of ideas. And yet, I sense some are still unconvinced.

How about an example?

Richard Dawkins is an evolutionary biologist.

In 1976, he wrote a book titled The Selfish Gene that moved his field of expertise sharply ahead, thanks to his assertion that evolution occurred at a purely genetic level, irrespective of species and organisms.

In the midst of making his point, he went off on a tangent, and that tangent is what he’s most well known for.

Essentially, Dawkins equated the way genes propagate throughout the gene pool — jumping from organism to organism through reproduction — to the way ideas spread from brain to brain.

In short, Dawkins coined a term that demonstrates the natural selection process for ideas.

He called an idea that spreads from brain to brain a meme. You may have heard of those.

Dawkin’s insight about the way ideas spread sprang from the intersection of genetics, social psychology, and cognitive science.

The meme of the “meme” has hugely influenced marketers, historians, sociologists, and bloggers, and it helped Malcolm Gladwell reach his Tipping Point.

With that, I think you’ve got it, but we’ve got time for one more question.

Where did this article come from?

I’ve always come up with ideas by seeing connections between seemingly unrelated topics, even before I found out it was a “technique.”

So, I barely made it through the first chapter of The Medici Effect before seeing the connection between intersections, crossroads, and the “blogging devils.”

This particular intersection gave me the idea to lead with the Robert Johnson legend for an article on innovative online content.

I’m not sure when I first heard the tale of Johnson and his devilish deal, but it was my teen years at the latest. Remember the 1986 movie Crossroads?

That’s the one where Juilliard music student Ralph Macchio befriends an aging bluesman, and wins his new buddy’s soul back from the Devil by beating Steve Vai in a guitar duel by finishing him off with a classical composition.

Oh wow … the intersection of classical music training and electric guitar for the win. The Devil never had a chance once Macchio figured out he had to go lateral.

Seriously, sometimes the key to “supernatural” content success is to simply read lots of books and watch lots of movies.

That’s the shocking truth … creating compelling content can actually be fun. All you have to do is pay attention and spot the connections, whenever and wherever they may come.

Previous article: Brian’s Back:
Why I’m Returning to Copyblogger
Next article: A Simple Plan for Writing One Powerful Piece of Content Each Week