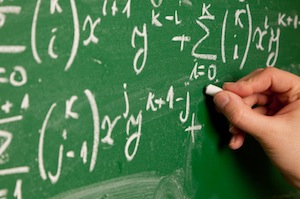 There’s a secret to writing a lot of compelling content.

Every successful, prolific content writer knows this secret, and most other people … well, they don’t. And that’s what contributes to the mystique around the magical wordsmithing powers that some writers seem to have.

Today I’m going to share that secret with you. The secret to prolifically creating excellent content isn’t inspiration or brilliance — it’s found in structure, planning, and research.

Doesn’t sound very sexy, does it?

Well, look at it this way … it’s structure, planning, and research that allowed me to write more than 40 posts, more than 80 guest posts, two books, and a lot of other content, all in a single year (2011). It’s the process that earned me the nickname “The Freddy Krueger of Blogging”.

Does that sound a little more attractive? Okay then, let’s dive right in…

Start with the audience and the angle

It all starts by understanding the people you’re writing for.

I’m not talking about some vague description like “moms aged 25-45” or anything like that — I mean getting down to something very specific: “representative readers of Site X,” where Site X is the blog or website you want to write for. You need to do this step whether you’re creating content for someone else’s site or for your own.

You need to figure out what they want to read by seeing what they’ve responded well to in the past. No guesswork, no conjecture — it’s all right there for you to see.

Here’s what you do …

First, go through the site’s list of most popular posts. If there are more than 10 of them, then open them all up, and make a list of the top 10 (based on comments, shares, or whatever else the blog tracks). And if the site doesn’t list the most popular posts, just go through the last 30 or so that they’ve published, and pull out the 10 most successful ones.

Second, now that you’ve got that list of 10, start looking for patterns. Specifically, look for topics that are shared by several of the posts. You’ll probably find that over half of those posts are about the same 1-3 topics. No reinventing of the wheel needed — those are the topics that the audience likes best, so pick one and write about it!

Third, think about one insight that you can offer about one of those hot subjects. Just one. That’s your angle.

Now let’s move on to your headline …

You already know that a really good headline is the most important part of your post.

So how do you write a really good (or even a great) one?

Some people will point to Sean D’Souza’s three questions:

Others will use templates, like Jon Morrow’s Headline Hacks.

These are great resources, and I use them both, but the very best way I’ve found to create a winning headline quickly, easily, and without a lot of margin for error is by copying what works on the site I’m writing for (again, whether that’s someone else’s site, or my own).

You accomplish this by going back to the list you just created of the site’s 10 most popular posts.

Once again, you should be looking for patterns, and once again, you’ll probably find that at least half of them follow the same couple of patterns.

For example, right here at Copyblogger, about half of the most popular posts follow one of the following two patterns:

Now that you’ve got the headline, it’s time to write the opening section and hook the reader!

The good news is that it’s usually short (on Copyblogger, it’s about 4-6 sentences long), and creating it is fairly straightforward.

You create a hook by describing the symptoms of the problem that you’re going to solve.

Don’t talk about the actual problem, or the subject of your post — just describe in vivid detail the current, frustrating experience of your intended reader. Then, at the very end, you hint that you have a solution, by saying something like “It doesn’t have to be this way …”, or “Here’s how you can fix it”, or “Here’s why some people don’t have this problem.”

Here’s the hook that I wrote for “21 Ways to Create Compelling Content When You Don’t Have a Clue” — do you see what I did here?

Sometimes you’re just out of ideas.

It’s not a matter of talent — you’ve written some awesome stuff in the past. But now, you go back to the well for a fresh idea, and it’s coming up dry.

This happens to the best of us — even geniuses who consistently produce epic content have off days.

Yet they continue to write.

Are you noticing the pattern?

These hooks describe the most frustrating symptoms that the reader is experiencing, using language that is as vivid as possible, and then they pivot to state that you have a solution to the problem.

It’s that simple, and it works like a charm every time, for me and for my students.

After the hook, comes the rest of the post — but don’t start writing yet! Instead, just outline …

Once you’ve got your hook, you’ve got to write the body of the post, starting with an outline.

Once again, this doesn’t have to be left to chance — most successful content follows the same pattern of information delivery:

This is the exact content formula that I teach in the Write Like Freddy Training Program, and it’s how I wrote more than 80 guest posts last year.

Don’t worry about writing the whole section — just write the sub-heads, and plug in a really brief (one or two sentence) “reminder” about what information is going to go in each section.

That’s the beauty of it — writing quality, compelling content doesn’t have to be complicated or frustrating — just so long as you take the time to organize yourself, and follow the process.

After that, writing itself is almost a paint-by-numbers game …

Find a system, and work that system

The key to becoming a better writer is to do a lot of writing.

The key to doing a lot of writing (and ending up with high-quality content and not just sad “creative writing” journal entries) — fast — is to take as much guesswork as possible out of the process.

Once you have the outline for your content created, run through and “fill in the blanks” with a few intelligent paragraphs for each section. You’ll be able to do that easily, because you already know exactly what needs to go there.

It takes more time to decide what to have for lunch (some days!) than to flesh out the body of your post.

Following a system helps you stop wasting time wondering how to get started and what to do next — and allows you to spend your time and energy actually writing. This is the opposite of staring at a blank screen waiting for inspiration to strike, which is the death knell of creativity and productivity.

Whether it’s my Write Like Freddy system, or another — the important thing is that you need a systematic approach that works well, works fast, and works every time — for you.

What about you? What system do you use to create lots of compelling content?

Please leave a comment below and let us know…

Danny Iny is the founder and CEO of Mirasee, host of the Business Reimagined podcast, and best-selling author of multiple books, including Teach and Grow Rich: The Emerging Opportunity for Global Impact, Freedom, and Wealth.

Previous article: How to Build Point-and-Click Mobile Responsive Websites With WordPress
Next article: The Myth of Mobile Content Marketing