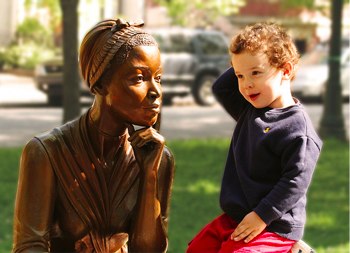 I’m here to tell you a dreadful truth about online business and marketing.

While you can, in fact, make money in your underwear, there are limits to how antisocial you get to be.

The web isn’t really made up of algorithms. It’s made of people. In all their frustrating, imperfect, and complicated glory.

Don’t get me wrong. Systems are smart. Automation has its place. Creating functional processes will do a lot for your project or business.

But at the end of the day, you still have to deal with people.

One of the most critical aspects to building an audience for your business is making high-quality connections with other web publishers. From SEO to reputation management to growing traffic to your site, connections matter.

Which leads us to today’s topic. Here’s how you can make high-quality connections with bloggers and other content publishers in order to find a wider audience for your own content.

You don’t have to suck up or turn into some weird networking-addicted phony. Here’s what to do instead:

Before you can start making connections, you have to build from a place of strength. Make sure you have these elements in place before you start reaching out, or you’ll find that your networking takes you in the wrong direction.

1. Build something worth talking about

Influential people — whether they’re celebrities, business leaders, or web publishers with large audiences — virtually always have one thing in common.

They have a lot of people coming forward who would like to engage their attention.

If you’re known for doing something interesting and useful, it makes it a million times easier to make the connections you want to make.

None of those people has any trouble making connections with influencers … because they’ve done something that lots of people will want to know more about.

Do something epic — even if it’s epic on a micro scale. One great project will open doors you didn’t even know existed.

The simplest way to do something epic? I bet you know the answer to this one. And yes, a genuinely interesting blog absolutely counts.

Anyone can get social media attention by being an ass. And, as we have seen again and again, many do.

But making an ass of yourself only gets you attention … it does nothing for your influence.

All of the networking advice in this post depends on you being a good egg.

It’s fine to hold some controversial opinions. In fact, next week we’re going to talk about how that can be a great way to stake out a remarkable position with your audience.

Be nice until it’s time to not be nice. ~Dalton’s Rule #3 from Road House

Everyone likes to hear “I love your work.” But if that’s the sum total of what you have to say, the conversation fizzles fast.

(There are a few influencers who can spin your love of their work into an hour-long self-appreciation monologue. Thank goodness, these people are pretty rare.)

Have a point of view, think critically about your topic, ask interesting questions, and stay informed.

No matter how crowded your topic, there’s always room for someone who can think and speak intelligently about it.

Now that your foundation is set, you need places to actually get out and find your influencers.

Twitter works because it’s easy to find your favorite influencers and it’s a low-risk environment. It’s relatively easy to approach even folks with large audiences … just “@” them.

It’s also a noisy environment, so it can take some time to make yourself heard. Don’t let that worry you. Get out and start putting your friendly, useful face forward.

Twitter is great, but 140 characters is a pretty significant limitation.

At some point, you’ll want to deepen connections by going further with the conversation on a platform that supports that. Depending on who you’re talking with, Facebook and Google+ are two great venues right now.

(Although for your influencers, it may be Tumblr or Reddit or a particular online forum. Focus on the principle, not the platform.)

Longer-format platforms allow for more complexity and better continuity. Contribute to a conversation worth having. Remember your foundation.

6. Do some serious deals in meatspace

“Meatspace” is the cyberpunk term for what boring normal people call the real world.

You can make some amazing connections online, but if you can swing it, always try to take things face-to-face at some point.

Conferences are a great way to solidify lots of connections over a couple of days. Meet for coffee, or a drink, or breakfast. Have conversations in hallways.

When you get a chance to meet face to face, take it. It often creates a whole new level of engagement that can last for years and yield surprising benefits.

It wouldn’t be a good list post if I didn’t throw in a couple of warnings. There are a few things you can do that will make your efforts at connection much less successful.

Avoid these three in particular:

Oh, you’re a blogger? What do you complain about? ~Julien Smith

It’s so easy to fall into a pattern of constant whining and complaint on social media.

Whining, as any parent can tell you, is profoundly irritating. And so often, what feels like “making conversation” to us comes across as whining to the poor suckers on Facebook or Twitter who are reading us.

We all need a little pity party sometimes. Call a friend and ask her for coffee (and give her fair warning that you’re in a whiny mood.) Don’t make a habit of dumping your bad day all over your social media connections.

If you don’t have anything nice to say, come over here and sit right by me.

Talking about others behind their back is so seductive. Most of us do it, and most of us secretly find it rather delicious.

When you tell a long, unflattering story about someone I like, you’ve damaged your ability to connect with me. And you may have no idea you’ve done it.

You’ve also taken a very real risk that I’ll run back and tell my friend what you’ve been saying.

Your career (and your psyche) would be better off if you simply never talked about anyone when they weren’t present.

That goal’s a little lofty (and I’m far from there myself, trust me), but try to get into the habit of thinking twice (or three times) before you share a juicy story. The reputation you save may be your own.

9. Don’t squee all over your shoes

I stole this phrase from the lovely and remarkable Pace Smith.

The thing is, I know where you’re coming from. I’m a fan girl too. I’ve got my own heroes, and I have to fight that urge to babble when I meet them.

But if your hero is worth your admiration, she probably gets a little weirded out when people treat her as something Better-than-Human.

Again, it’s great to let people know you’re enjoying their work. Enthusiasm is a lovely quality. Step #3 can be helpful here. If you’re geeking out about the topic (rather than about the person), you can often find some common ground.

And one last point …

10. It doesn’t always work the way you thought it would

Way back when I started my first blog, I secretly imagined that one day I was going to have tea & crumpets with Seth Godin every day.

Turns out I can’t really eat crumpets … all that gluten’s no good for me. Also, possibly more to the point, Seth just wasn’t all that interested. (To be clear … he’s always been very nice. Just not daily-crumpets-level nice.)

On my path, one of my goals was to some day develop a good working relationship with Seth Godin. Things didn’t work out exactly how I had visualized. But a bunch of other good stuff happened on that path, and I did end up building great working relationships with lots of other amazing people.

You have to follow the path you’re actually on. Which sometimes bears only slight resemblance to the one that was originally in your head.

The plan is nothing; planning is everything. ~Dwight Eisenhower

Do have goals. Do have some folks in mind that you’d love to create professional relationships with.

Then do a bunch of epic stuff, be a good egg, know your topic, and make yourself useful, and see where the real path leads.

This is part five of the Content Connections series

You can read the first four posts here:

Previous article: 49 Ways to Gain the Trust and Loyalty of Your Audience
Next article: 7 Crucial Tactics for Writing a Wildly Successful Guest Post