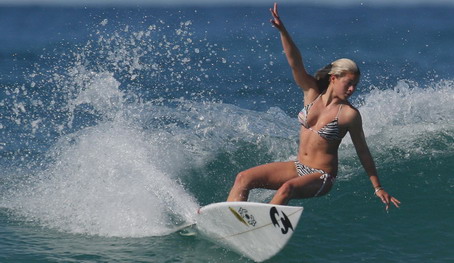 We give a lot of advice here on Copyblogger. Usually we try to stick to the fundamentals of solid writing and effective persuasion—the things that have been proven to work for decades and even centuries.

The problem for some content marketers and copywriters is that they’re always chasing what’s worked, instead of looking for what will work next. Sometimes that can be a safe and effective strategy, and that’s why we look to past winning tactics for guidance. But if you’re focusing on temporary tactics instead of winning fundamentals when browsing your swipe file, you may end up parroting something that no longer works.

Here’s my general rule of thumb:

When I see “everyone” doing something, I know it’s time to do something else. In other words, when everyone is zigging, it’s time to zag.

Doing something that differs from what people expect always tends to catch attention. Part of why we tune things out is a lack of novelty, which makes even previously desirable subject matter mundane.

Taking an approach that differs from the crowd can help you stand out. But you can also mix things up with your own audience to keep things fresh and attract attention.

Jon’s idea was to deviate from the Copyblogger norm and write simple, general headlines for these posts, and I agreed. We usually write ultra-specific titles, so Jon was zigging against our own zag… and it worked like a charm.

We almost second-guessed ourselves on How to Be Interesting. The content of that post would have easily supported something like 21 Ways to Be an Interesting Blogger, which would have been a lock for Delicious Popular.

But guess what? It made Delicious Popular anyway, plus the general nature of the title got it picked up by mainstream media outlets as well.

I’m not telling you to stop writing ultra-specific headlines, because they work. What I’m saying is sometimes you’ve got to cutback against the very waves you’ve created to keep things fresh.

When it comes to copy that sells, credibility with your prospects is key. And when you take the same old tired copywriting approach as everyone in your niche or industry, you come across as manufactured and insincere.

For example, competition in the Internet marketing product arena is fierce, and yet you often see the same copy approaches over and over. So, higher profile marketers have started zigging against the zag.

Frank Kern celebrates his unconventional personality, reveals the very marketing tactics he’s using on his followers, and often makes fun of those tactics. It’s a very endearing way to overcome cynicism and build credibility and trust.

For another example, check out this promotion for the new Mind Valley Labs membership site. The opening breaks two well-established rules of copywriting for information products, and then proceeds to tell you those rules are being broken. Not as clever and entertaining as Kern, but certainly disarming when you’re a prospect who feels like you’ve seen it all.

I did something similar when we released the Teaching Sells report 9 months ago. Conventional wisdom says I should have explicitly painted a rosy lifestyle picture for the reader, in essence selling the root “dream” behind the desire for an online business.

Instead, I turned that wisdom on its head:

Want to have a profitable online business?

Here’s the part where I tell you all about how fabulous it is to have a purely online business.

And then I tell you how you can have the lifestyle you want, live where you want, and have unlimited income potential—all from publishing online.

You mean you’ve already heard all that stuff?

Oh… You’ve already been sold the dream, over and over.

Now you’re looking for a way to make the dream come true that actually works?

“Selling the dream” to my existing audience (and to bloggers in general) would have been stupid and inauthentic. The report would be off to a terrible start from page one. But by acknowledging the skepticism that’s out out there, I caught attention and hopefully maintained credibility with the audience.

And guess what? By acknowledging the “dream” even in an unconventional way, it’s still firmly planted in the mind of the reader. Rather than expressly painting the picture, I let readers imagine their own version of the dream, which is 1,000 times more powerful than what I might come up with.

Zig-Zag Just to Be Different?

A word of warning.

There’s so much emphasis on being unique and remarkable these days. And for good reason, because being just like everyone else is a one-way ticket to obscurity.

But being different for the sake of it can backfire, too. That’s why I like the term “winning difference.” Yes, be unique and remarkable, but do so in a way that helps you accomplish your goals. Choose something that’s sincere and effective, instead of trying to emulate someone else’s winning difference and ending up a wannabe.

I guess you’d call it strategic zig-zagging. Anything else is just reckless driving.

Previous article: Why Urgency Succeeds Like Nothing Else In A Bad Economy
Next article: I Don’t Care About You