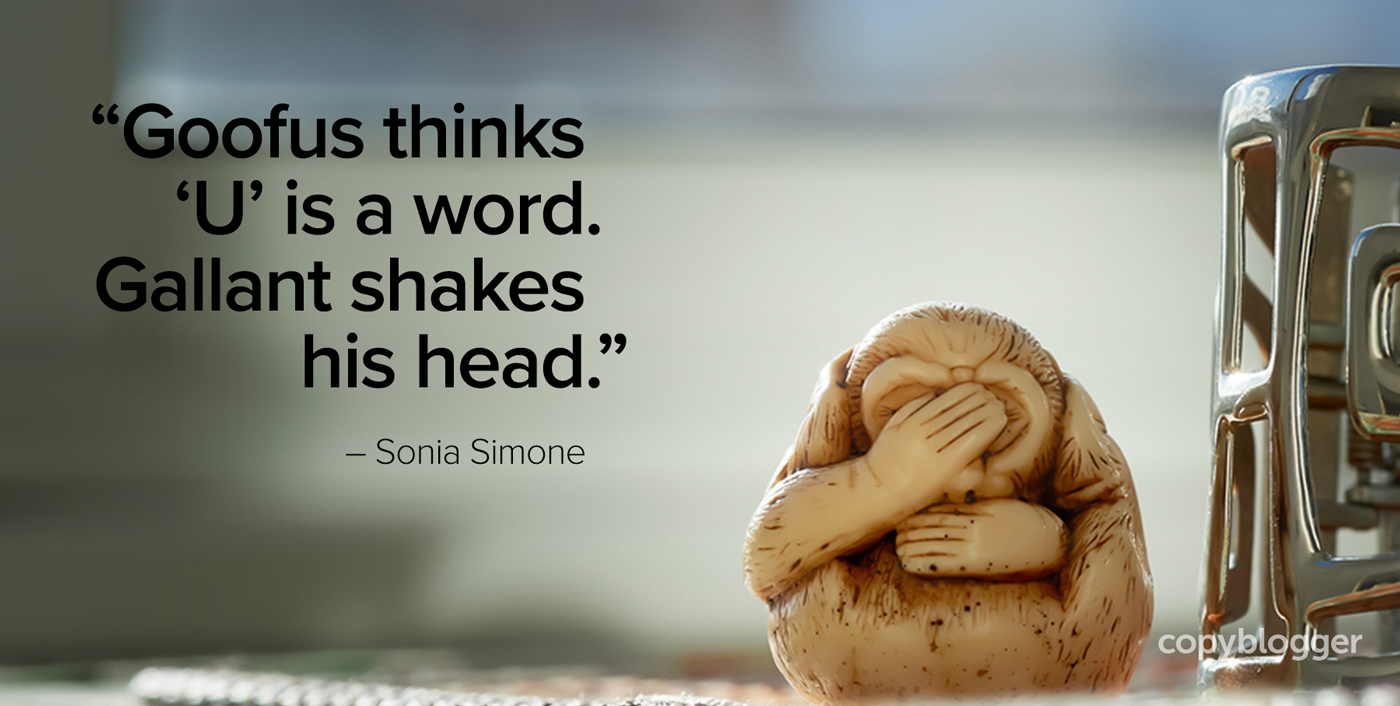 Back when I was a very nerdy little kid, every month I would anxiously await my copy of Highlights magazine, and read it cover to cover. I’m charmed to discover that Highlights is still publishing, and that they still feature the regular comic strip “Goofus and Gallant.”

Gallant was a kid who always did the right, noble, and virtuous thing. Goofus, on the other hand, could be counted on to be selfish, unpleasant, and rude.

For now we’ll just gloss over the uncritical definitions of absolute good and bad, along with the thorny question of just what’s going on at home with Goofus that he has so much trouble with social norms.

Let’s assume that Goofus isn’t Goofus because he’s intrinsically evil, but because he doesn’t get it. Perhaps he’s being raised by quasi-tame wolverines who lack the ability to teach him the refinements.

We see a lot of Goofus on the web.

So in the interest of spelling out a few unwritten (or widely written, but ignored) rules of the web, let’s look at how Goofus and Gallant conduct themselves.

Goofus promotes freebies and sponsored products without telling his audience. Gallant always discloses when he gets something for free, or when he’s being paid for a post.

Goofus deletes his updates when he’s caught being a Goofus. Gallant knows that the internet never forgets.

Goofus thinks deadlines are suggestions for approximately what month you can expect to see his stuff. Gallant manages his deadlines and turns content in promptly.

Goofus sends three or four emails a day to his list, hammering them to Buy His Stuff. Gallant knows that smart content marketing is about keeping messages relevant and overdelivering on content quality.

Goofus believes every word he writes was dictated directly from the Almighty. Gallant respects editorial standards, and studies his edits to see what he might improve next time.

Goofus thinks he’s entitled to other people’s time and attention. Gallant knows he has to earn it, and that it won’t always be easy to do.

Goofus posts racist stuff on social media. Gallant calls him out on it.

Goofus is constantly trying a new trick to get his site to rank in search engines. Gallant knows that creating smart, strategic content is a much better use of his time.

Goofus publishes content the day he writes it, warts and all. Gallant proofreads, and lets his content sit for at least a day before it goes live.

Goofus talks smack about other people in his community. Gallant knows gossip will always get back to the person who’s being trashed.

Goofus takes potshots at people who try something new. Gallant puts his energy into making his own projects great.

Goofus thinks “U” is a word. Gallant shakes his head.

Goofus posts memes about eating popcorn when he sees fights brewing online. Gallant knows that those fights happen between real people with real feelings, and he tries to stay out of flame wars.

Goofus fervently believes every conversation on the web needs his input. Gallant speaks up when he has something useful to say.

Goofus gets bored. Gallant gets busy.

Goofus loses his temper when he’s called out for a mistake. Gallant manages his own fragility and learns from feedback.

Goofus has an online money-getting system. It doesn’t work. Gallant has a digital business. Some days it isn’t easy, but it does actually make money.

I don’t know anyone as pure and perfect as Gallant. I don’t suppose I would like him much if I did. We’re all a mix — we have our Gallant moments and our Goofus ones.

How about you … what’s your favorite cringe-worthy Goofus behavior that you see around the web? What would you propose as a more Gallant alternative?

Ever have any Goofus moments of your own?

Let us know in the comments. 🙂

Previous article: How to Become a Truly Great Copywriter
Next article: Why Sex Doesn’t Sell